Brendan Coyle, a valet on Downton Abbey has shifted gears and professions on Season 2 of 12 Monkeys. Coyle will play Dr. Benjamin Kalman, who suffers a kind of Oppenheimer-like guilt for the things he created for the Markridge Group - you know, the people who wanted to wipe out humanity with a world-ending plague.

Terry Matalas, 12 Monkeys executive producer says, "Kalman and Cole are kindred spirits in the respect that both men are trying to be something better than what they were. I'm a huge Downton Abbey fan and particularly a fan of how Brendan portrayed John Bates: gentle with a shade of darkness. Both qualities I wanted to see in Kalman."

ICYM any Season 1 episodes, you can now watch them all on Hulu! 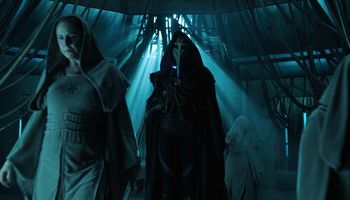