All News
31 Days of Halloween
The Cabin in the Woods

The Cabin in the Woods  - Airs Monday, October 31 at 11/10c
Spoiler Alert: Don't read these fun facts unless you've already seen the movie (if you haven't, tonight's your chance!). But if you have, read on to get five interesting facts about the horror flick that has one of more interesting story-lines that we've seen in a long time.
1. You know that wolf head that was on the wall with the dusty tongue that the character Jules had to make out it? The "dust" was actually just sugar. Sweet!

2. The thermal mug / bong was fully functional and the prototype cost $5,000 to make.

4. Kevin, one of the monsters on the white board is a tribute to Elijah Wood's character from the movie Sin City.

5. Joss Whedon and Drew Goddard wrote the story and script of The Cabin in the Woods in just three days. 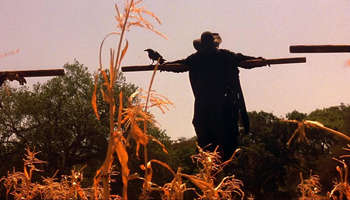