June 19th cannot come fast enough. That's when we get the debut of Killjoys, a new series about bounty hunters in space. It's from the producers of Orphan Black, so that's immediately a check on the "plus" column. AND it's from the creator of Lost Girl. It stars Aaron Ashmore (Jinx from Warehouse 13!) and Luke McFarlane (Scotty from Brothers and Sisters, playing a very un-Scotty like role). They play bounty hunters named John Jaqobis and D'avin, respectively. John hates conflict, D'Avin loves to shoot stuff, so guess how well they get along. Leading the Killjoys (that's the term for bounty hunters in the show) is Dutch, played by Hannah John-Kamen. Dutch's accent would make you weak in the knees if she wasn't too busy kicking your ass.

Enough talk. See for yourself with this trailer and make the mental note the show arrives June 19 at 9/8c. 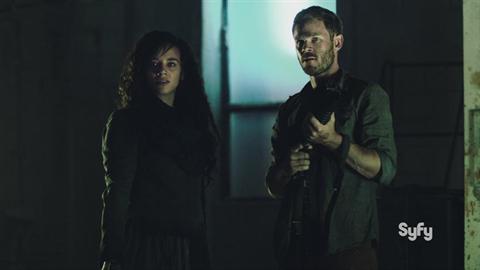