Summer 2016 has commenced, and you know what that means: another Sharknado!

True, but that's not all — this summer not only sees the return of the deadliest natural disaster of all time but also of some of your favorite shows. There's also a little event you may have heard of called the San Diego Comic-Con, and this year Syfy's going all out with bringing you live coverage of the annual pop culture bacchanal.

Check out what's in store for your Syfy Summer …

The galaxy's most badass bounty hunters (well, besides Boba Fett) are back, and with them a whole slew of new misadventures. Join Dutch, D'avin and John Jaqobis as they tear around the Quad for another season, chasing deadly warrants, settling the score with old enemies and generally raising hell.

So what can we expect in Season 2? Well, if you'll remember from Season 1, we last saw D'Avin being held on Arkin, with Dutch and Johnny vowing to get him back (spoiler alert: It won't be easy and there are prices to be paid). Look for Season 2 to reveal more about Dutch's backstory and Khylen's mysterious agenda for her. Also, D'Avin and Khylen might find themselves with more in common than they thought (also, he was dating his kinda quasi-daughter, so there's that).

Politics in the Quad play a big role in Season 2, with the battle between the haves (The Company, the Nine) and the have-nots (everyone else) reaching fever pitch. Look for Pawter to play a bigger role in the second season, with more of her background coming to light. Johnny and Pawter develop a connection that has big implications. Alvis (the Scarback priest from Season 1) and Pree (the Killjoys' bartender/confidante) also have expanded roles.

Oh, and Dutch is sporting a new look in Season 2 … check it out in the trailer below. 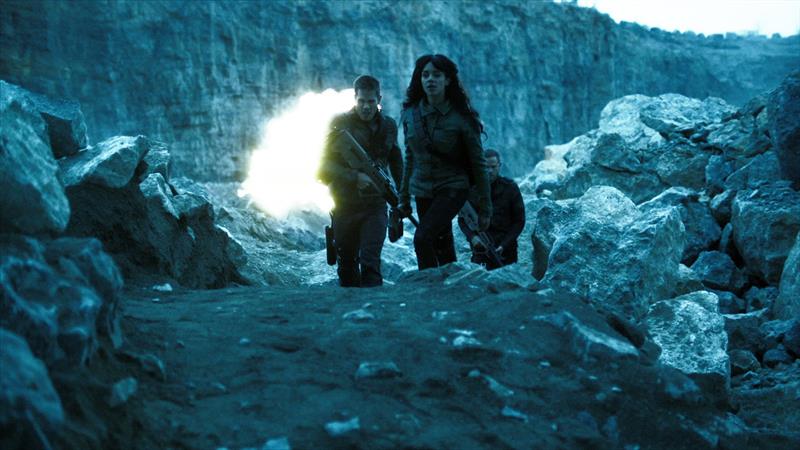 Your favorite amnesiac antiheroes are back, and they're heading for the big house! Thanks to some as-yet unexplained treachery from Six (don't worry, it gets explained), most of the crew of the Raza are now the honored guests of Hyperion-8, a maximum security prison chock full of roughnecks and ne'er-do-wells. The gang will fit right in, of course, though we have a feeling they won't be staying there too long.

Notice we said most of the Crew, as not everyone's in the slammer. Six, if you will remember (SPOILER ALERT IF YOU HAVEN'T FINISHED SEASON 1) put them there, while One and Five were not technically part of the criminal activities that the Raza was being hunted for. As for, the Android. Well, we'll leave that unsaid for now.

Look for two new characters: Nyx, a fellow prisoner who kicks ass but is capable of a velvet touch; and Devon, the prison's medic who is harboring some dark secrets (although, to be fair, who isn't).

Speaking of secrets, don't think just because we know the real identities of the Crew (well, minus Five - although you find that out) we know everything about them. More stuff comes out. Might it have anything to do with the choice that our Season 1 returnees are given - to get back their memories? We're not telling.

Check out the Season 2 trailer below, and click here to see exclusive photos from the set. 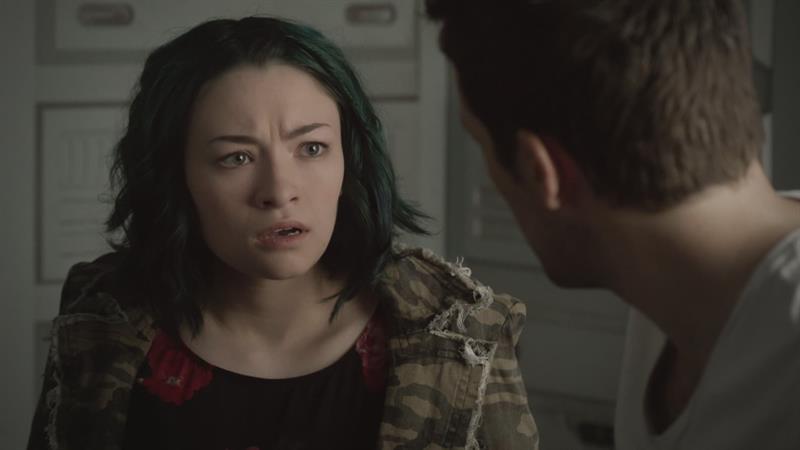 Syfy's going all-out with coverage of this year's Comic-Con with its first-ever live broadcast straight from the San Diego Convention Center (and beyond!). Over three nights, Syfy Presents Live From Comic-Con will bring the Comic-Con experience directly to viewers across the country, featuring celebrity interviews, breaking news and behind-the-scenes reports. The hosted live broadcast will highlight the biggest stars, top franchise reveals, panel news and exclusive sneak peeks, as well as audience interaction, games, party coverage and much more.

So yeah, it'll be like attending Comic-Con without actually setting foot in San Diego. Join us.

The three-night telecast will air on Syfy on Thursday, July 21 through Saturday, July 23 at 8/7c.

It was inevitable, after all. The fourth Sharknado extravaganza features the return of Ian Ziering as shark-battling hero Fin Shepard and Tara Reid as April Wexler, who will reveal the outcome of last summer's #AprilLives or #April Dies social campaign. You also get David Hasselhoff and Ryan Newman reprising their roles as Fin's father and daughter, respectively, plus a supporting cast that includes Tommy Davidson, Cheryl Tiegs, Gary Busey (better late than never, right?), Cody Linley, Imani Hakim and Masiela Lusha.

Oh, and there will be cameos. Many, many cameos. Click here to see the ones we can reveal thus far (there are more. There are always more).

So what's the ruckus this time around? It's a bit under wraps at the moment, but we can tell you that it takes five years after the events of Sharknado 3: Oh Hell No! Five years of blissful, Sharknado-free peace … yeah, that's not going to last long.

Another season of first-hand accounts of things that go bump in the night is upon us, and with it enough arguments as to the existence of the supernatural to make even the most hardcore skeptic give pause (and maybe even a scream). A new batch of true-life tales of terror awaits you, complete with the testimonies of the people who actually experienced them.

Thrills and chills are just around the corner … though really, will anything be able to top the unspeakable horror of Season 4's Suzie Doll? We'll have to wait and see!

In the meantime, all of Season 4 is available to watch. So you should.

TAPS is back and eleventh time is the charm. From pirates to rail yards to dead Senators to sexist ghosts (yes, they exist), the team is taking on cases that range from the wild and weird, to dangerous and dark.