Channel Zero is chock-full of creepy ass moments but here's the top five from the premiere episode.

That awkward moment when you get a prank call from a creepily giggling child on the other end; followed up by the realization that you're the only one "alive" in the studio.


When Mike asked, "What are you watching, Katie?" and a blank screen was revealed…yeah… good night, folks and thanks for dinner. Mike, we would have got the hell out of there, too!

3. TV Will Rot Your Brain


When the TV cut itself on as Eddie and Mike sat on their living room floor, that was creepy. But it was even more creepy when the two were locked in a trance-like state while watching Candle Cove.

4. Be Brave, But Not that Brave


We get that Mike was trying to play the hero and rescue Katie but lets say that we were taking a walk in the woods and came across this guy. Bye, Katie.

5. Brush Twice a Day and Pray


Katie lost a couple of teeth, which was no big deal, right? Right. But what WAS a big deal was that THIS guy came out from behind a rock to eat those teeth!

See more of Channel Zero's other creepiest moments in motion and in real time when Channel Zero airs every Tuesday at 9/8c. 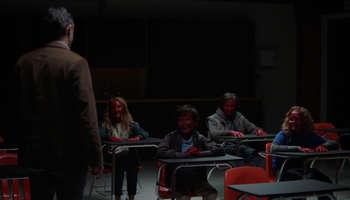 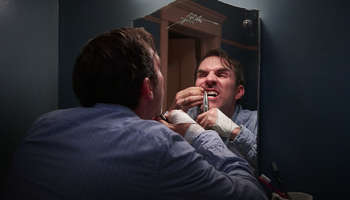 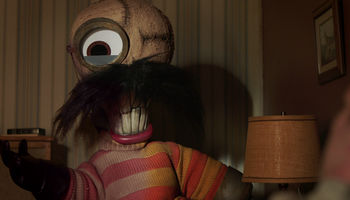