Chris Meloni on HAPPY! Season 2: 'You Just Roll With the Madness’

Season 2 of HAPPY! in three words? “What. The. F*ck.” And that’s being conservative. As Nick Sax, Christopher Meloni embodies one of TV’s most delightfully depraved characters -- a former-cop-turned-criminal-for-hire whose best friend is an imaginary unicorn voiced by Patton Oswalt (because, of course). When he’s not sliding around in entrails or Tasing security guards in a spectacular dance number, Nick’s trying to connect with his daughter Hailey (Bryce Lorenzo), but his methods (see: taking the kid to off-track betting) need a little work.

SYFY.com spoke with leading man Meloni about what it takes to embody the beautifully bewildered Nick Sax and which scene from Season 2 is his favorite so far. (His answer may surprise you!)

If you’re caught up through this week’s episode, then you know HAPPY! is pulling out all the stops for its action scenes this year (and if you're not, time to get on the stick). “I was a little banged up in Season 2, so that was really difficult," Meloni told SYFY.com. "You have to be in good physical shape,”

As for getting in the headspace of Nick Sax, Meloni says that’s not nearly as hard. “Mentally? I don't what it says about me, but that was really rather easy. I understood something about this guy. Maybe it's how I look at life.”

Fun fact: One thing that gets Meloni primed to become Nick Sax is his vintage coat. “My coat is in fact from the 1940's,” the actor detailed. “They remade it with fabrics we have today for stunts and it just wasn't the same!” As soon as Meloni put on Nick’s scarf, gloves, and coat for his first HAPPY! screen test, he felt transformed. “It was funny,” he said, “I've never had this experience before. Everyone in the room went ‘Oh my God.’ Grant Morrison went, "You're him!’ It was fantastic.”

ON SLIPPING IN BLOOD AND HIGH-KICKING, BUSBY BERKELEY-STYLE

In some ways, the animated unicorn is one of the least cartoony things in this show. It seems as though the vibrant flashes of violence get more absurd each week. Take, for instance, last week’s devilishly choreographed fight scene in a slippery pool of blood and entrails. Meloni couldn’t even begin to imagine how that was going to work.

“It all happens in the writer's room, obviously,” he explained. “The whole blood thing, that was [co-creator] Brian Taylor. In fact, I didn't get it. I was literally like, ‘Really? How's that going to work?’ I just couldn't get it. But leave it up to him…  and I did!”

Episode 202 was an excellent primer for one of HAPPY's most spectacular scenes yet -- a demented homage to the great MGM musical extravaganzas by Busby Berkeley -- as Nick takes out a team of security guards with a Taser this week.

“For the estate fight, I was more attuned to [the big picture], and I threw out a lot of ideas with that,” Meloni said. “But, again, Brian Taylor was the one with the visual know-how. He knew how he wanted to shoot it -- the whole high-kicking schtick was his. You just roll with the madness.”

ON HIS FAVORITE SCENE SO FAR THIS SEASON

Even though Season 2 is replete with deliciously insane moments (sorry, by the way, if that giant chocolate bunny is giving you nightmares), Meloni’s favorite scene so far is from 202, in which Hailey expresses her displeasure in seeing her dad’s violent side at the bingo hall.

“That is one of my favorite scenes of the season,” Meloni revealed. “With all the silliness and the violence and the craziness, every once in awhile, there are these difficult scenes which boil down the human experience of, ‘How can I connect and find common ground with another human being? Someone that I love, and someone I feel guilt over having not been there?’ That frustrating quality on what it is to be human and trying to connect.”

When asked to tease what’s in store for the father-daughter arc in Season 2, all Meloni could say was that it takes an insane turn. “I just don't have the words for it,” commented Meloni. “‘Unexpected’ is underselling it.”

ON WORKING WITH (AND RECRUITING) ANN-MARGRET

Meloni first met Ann-Margret, who appeared in last night’s episode as Bebe DeBarge,  while shooting Law & Order: Special Victims Unit. To recruit her for HAPPY!, he reached out to her rep himself.

“I said basically, ‘It's such an honor and a pleasure having worked with you one time. I'm hoping you will come out and play with me a second time.’” the actor recalled. As for selling her on the role, Meloni could only encourage her to read up on the part first. “I just said, ‘Look, this show is unexplainable. I urge you to read the script before you say “yes,” but I promise you: I will protect you.’”

The icon signed on for the role, but even reading the pages didn’t prepare her for the insanity of the episode. “Halfway through, she was like, ‘Oh my goodness,’” Meloni recalled. "I go, ‘I know… I'm sorry.’"

HAPPY! is back next Wednesday with more madness in Episode 4. Binge the first three episodes of Season 2 HERE! 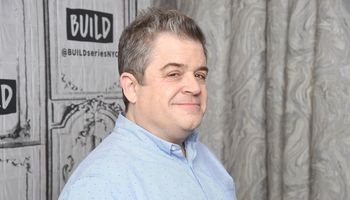 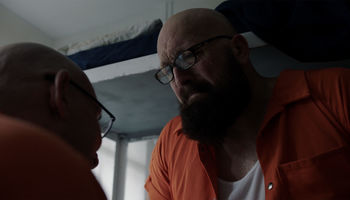 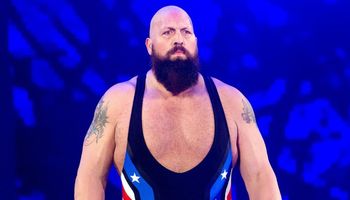