Especially if that drug is Hunter blood. Really, you might think it's going to get you high or even cure some incurable disease, but all it's going to do is make your chest cave in and your face melt. Young Pablo Karp learned this the hard way on Hunters this week. Just look at this craziness. 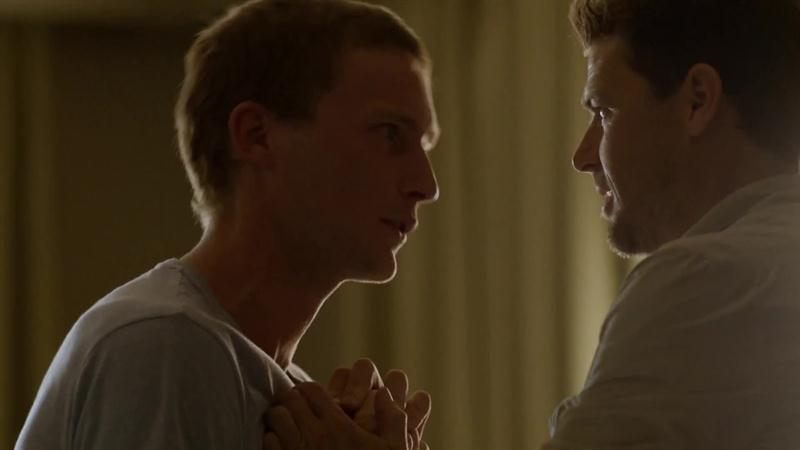 In memoriam of poor Pablo, we present other gooey ways to go from the world of science fiction. You never know how much of a mess you'll make.

And so the world was introduced to the joys of the Xenomorph ... and the crew of the Nostromo lost their appetites forever. Hey, for the record, Ripley (Sigourney Weaver) didn't want to let him back on board after he had a facehugger plastered to his damn mug. Always listen to Ripley!

Relive the nightmare in Spaceballs (1987):

No one saw this coming. In fact, even if you've already seen the movie a dozen times, you kinda don't see it coming. It's a shocker every time. Ka-boom!

This is arguably the most unsettling of all the freaky-deaky deaths in The Thing. This is FX maestro Rob Bottin run wild ... and probably something of an influence on poor Pablo's demise in Hunters.

Be Afraid ... Be Very Afraid. And very grossed out. Poor Seth loses his jaw, then his face splits open, then he merges with the freakin' door of his Telepod ... sigh. For Science!

Why haven't there been more toxic waste deaths in movies? Probably because they could never, ever in a million years hope to top or even match the one from RoboCop.

The acidic vomit coming from Son of Brundlefly (Eric Stoltz, though at this point it's probably mostly stuntmen and puppeteers) looks like fire extinguisher foam and Daphne Zuniga just looks bored. You gotta love the extreme close-ups of Son of Brundlefly looking smug and self-satisfied (as much as a puppet face can, anyway) as he wrecks mutant insect havoc, though.