Season 5 of Paranormal Witness came to a close with "The Night Ward," a terrifying tale of a defunct hospital turned house of horrors. We spoke with paranormal investigator Shannon Ray about the terrors that lurk in those dubious halls of healing.

Can you explain a little about what you and your team does?
Middle Georgia Paranormal Investigations (MGPI) is a professional paranormal team I established in 2008. MGPI works extensively within the paranormal field to help those who contact us with paranormal concerns. The team as a whole has taken on hundreds of investigations to help give answers to various clients that contact us for help.

After we complete the investigation we then review the items we recorded, meet with the client for a reveal, offer our contact a possible way to handle the occurrences within their home, and keep in touch for any type of follow-up concerns.

Why spend a whole night there?
A majority of people would believe that spending the night at an extremely haunted location is crazy, but it is the nature of the job we have to do within the paranormal field. Staying the whole night at a location gives us the opportunity to be there longer and for more consecutive hours. Being at any location overnight or for as long as possible raises the likelihood that we will capture and record the paranormal occurrences within any location.

Can you explain a little more about what K2 meters do?
A K2 meter is a device that most people use within the paranormal field. The meter itself is essentially used to help guide investigators towards possible paranormal activity. There are many active theories within the paranormal field, but one that has been concluded repeatedly is that spirits require and emit energy. The most common type of energy which spirits require or emit is electromagnetic energy (EMF). The K2 meter is a device that detects and measures the level of EMF within any situation.

I would not recommend just anyone using this device, as there's a potential for false readings if the user isn't experienced with the equipment. There are man-made items within most homes that have the potential to emit EMF as well, such as an old microwave, old wiring, stoves, clocks, and even a TV.

Do you find that hospitals often have a strong pull for paranormal activity?
There are many scientific theories within the paranormal field as to why places are haunted and why some places are more haunted than others. I personally believe that locations which experience a large amount of death or birth disrupt the natural balance of energy in the world which we all live. Basic elementary science, energy of any kind is neither created or destroyed. Energy is transferred or moved. Locations such as hospitals, battlefields, and sites of horrific deaths emit a lot of energy into the world we live in to go 'beyond.' This energy being so concentrated in one spot easily explains why hospitals often have an extremely elevated amount of paranormal activity.

Your team includes a medium. Can you tell us a little about how that works?
Robin Casey is a medium and long-standing member of MGPI. Robin has the ability to communicate, see and take in experiences from spirits. Like most legitimate mediums, Robin's gift does not work on demand. Robin uses her medium ability to guide her as a paranormal investigator. She is dedicated to vindicating the information she obtains through her abilities with scientific evidence we capture through the investigative process. Robin classifies herself not as a medium but as a paranormal investigator with medium abilities.

Can you talk a little about your experience arriving in the hospital for the first time?
The first time I arrived at the hospital was an extremely overwhelming experience. Never before in my journey as a paranormal investigator had I walked into a location and felt such extreme feelings come over me. Walking through the hospital doors the first time I was rushed with the feeling of heaviness and the immediate sensation that we were being watched. Not simply the feeling of being watched that many paranormal investigators can experience, but the sensation that you are being essentially stalked.

I will never be able to forget the first time I walked into the hospital. The combined feelings I had made me realize that something was different about the hospital and helped me to conclude that the stories of how haunted the location was were true.

When you were having trouble breathing, can you describe what you felt?
When I first began to feel there was something in my throat I quickly brushed the event off as something explainable. As time went on and the effects of what was happening to me increased, I quickly realized what I was experiencing was more paranormal then normal. As an investigator within the paranormal field I know the risks that come along with the job. At any time and at any location we can be hit, pushed or physically confronted. This was the first time, though, I felt an immediate onset of extreme danger. When I could not catch my breath and had the feeling of something essentially wedged in my throat, I had a panicked fear that came over me. I was worried because no matter what I did the feeling wouldn't stop. I was afraid because though physical combat with a spirit is possible, I had never imagined any spirit had the ability to affect a vital function such as breathing.

The incident with the opening and closing doors, have you seen things like this before?
The level of intensity for paranormal things captured at the hospital is beyond anything I have ever experienced before. When the doors on the third floor began to open and close I was extremely shocked by how many times this happened. Yes, I had seen a door open and close on its own previously. This experience at the hospital was a first in the sense the doors opened and closed repeatedly. There were doors opening and closing around us that we could not even find to capture on camera. All I can say is the level of shock and astonishment was extreme that night.

Can you describe the figure that you saw in the hospital?
Over the course of my paranormal journey I have seen apparitions before but what I saw behind Robin that night was completely different. As I looked up from the chair I was sitting in I saw a solid black figure maybe six inches in height from the nine-foot ceiling. I could not see facial features or details on this figure, but from the stance and body language it took I was paralyzed in shock. As this figure stood behind Robin I could tell from its stance that it looked down upon her in a controlled and owned manner. The only words I could offer at the sight of this figure was, "Robin, it's behind you."

The event that Robin experienced, where her internal organs were injured - how was that explained?
Unfortunately, the doctors could never offer an explanation. We stayed by Robin's side through her whole hospital experience and you could see that over the course of days she simply gradually improved. The doctors originally had no explanation for Robin's initial condition. She was bleeding internally and her liver and kidney functions were in flux. I remember they kept asking if she was in some type of car accident or physical trauma.

Without being able to offer a cause of her condition, the decision was still made by medical professionals to operate on Robin to stop the bleeding and remove parts of her intestines. The day before the scheduled surgery, an ultrasound was done to evaluate the extent of the bleeding for the upcoming surgery. The results of the ultrasound were unbelievable; there was no longer bleeding of any type. As quickly as the bleeding had began with no cause, it had stopped with no cause as well. The doctors had no explanation.

When people express skepticism in the paranormal, how do you respond?
Over the years I have dealt with skeptics in various ways but one constant approach has rang through. If you do not believe in the paranormal, that is OK. I simply ask that you respect my beliefs and my experiences in the same manner that I respect yours as a skeptic. BUT, when something paranormal happens to you and it is in your home, I know I will be the first person you call. When you make that call I won't judge you but I will help you, because that is my calling and journey.

What kind of advice would you give someone who finds themselves in a paranormal situation?
PLEASE reach out to a local scientific paranormal team for help. With so much of what we do in the paranormal field broadcast on TV, people seem to think they have the ability to investigate and handle what is occurring within their homes. Watching a paranormal investigation on TV does not make you ready to take on your own situations. These spirits can be dangerous and investigating them where you live, sleep and are vulnerable is dancing with danger. 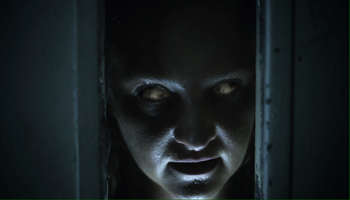 The 5 Most Haunted Jails in America