Reactor, the new weekly series about all things movies, television, comics and everything in-between deemed worthy, is set to premiere on Syfy, and what better way to get the word out than by going directly to a good chunk of the target audience: the attendees of San Diego Comic-Con!

Reactor host David Huntsberger dared traverse and wild and wonderful floor of the San Diego Convention Center last week, armed only with a microphone and his wits as he engaged with the many (many) cosplayers. As usual, everyone brought their A-game to their get-ups (we're especially impressed with Wheeljack -- you Transformers fans know who he is!), with madcap costume creativity flying fast and free all to and fro. 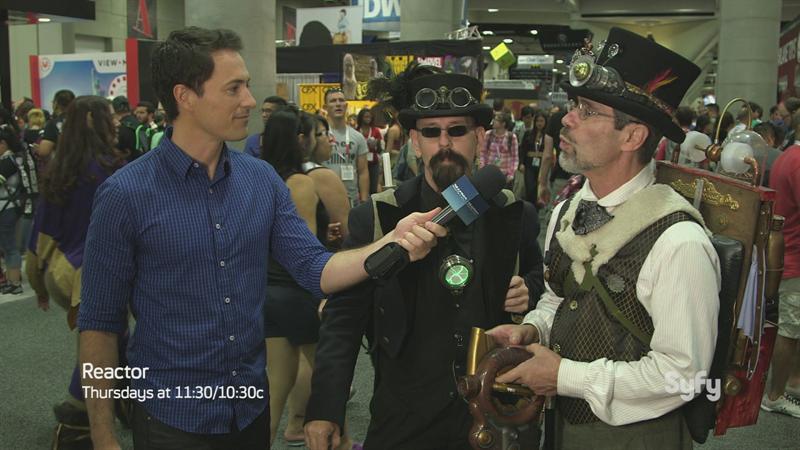 After getting acquainted with some of the Con attendees, David got down to the business of spreading the word about Reactor. However, he soon discovered that it's difficult to get an opinion of a TV show and its host when it hasn't even aired yet ... 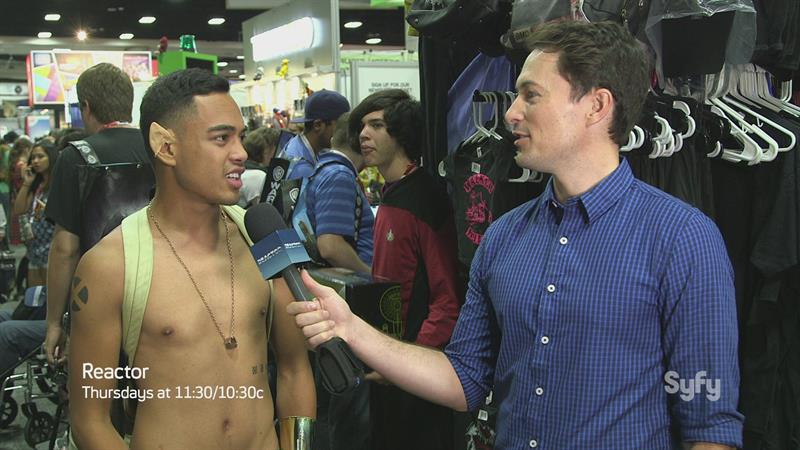 ... but that's nothing a little post-production tinkering won't fix!