The Official Sharknado 5 Title Is On Point, But That Tagline...

Thanks to the fans who participated in our Facebook Sharknado naming smorgasbord we have a hot new title for the latest installment of the Sharknado. Sharknado 5: Global Swarming and the film’s official tagline, “Make America Bait Again!,” are the result of Facebook users who submitted their most creative and outrageous ideas via an interactive bot.

Sharknado 1 introduced us to the outrageous world of Sharknado, with vicious sharks that attacked in swarms concentrated within tornadoes. Sharknado 2 took the party to NYC. Sharknado 3 went to space. Sharknado 4 introduced a game-changer to the Sharnado world, Nados made of fire, oil, and even cows. Sharknado 5 is an international affair. Here's the lowdown.

In Sharknado 5: Global Swarming, the mission gets personal for Fin Shepard (Ian Ziering) and his bionic wife, April (Tara Reid) when their young son gets trapped in a traveling ‘nado and transported all over the world. From London to Rio, Tokyo, Rome, Amsterdam and beyond, our globetrotting heroes will seek assistance from a highly-skilled squad of royals, scholars and Olympians, enlisting famous faces from news, entertainment, and sports in their most epic battle yet.

So who will be joining Fin and April in their quest for the worldwide eradication of sharknados? Joining the cast as of today we have:

What do you think of the new Sharknado Title and Tagline? Join the conversation on Twitter and Facebook 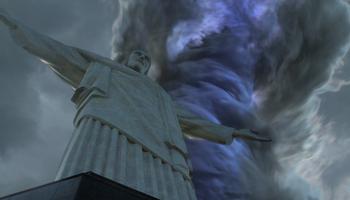 Sharknado 6 Has a Title and It's About Time... 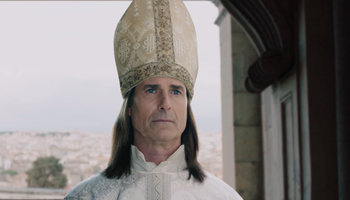 5 Moments From Sharknado 5 That Will Melt Your Brain 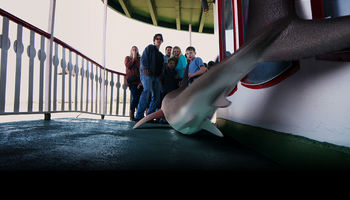 Sharknado Week Schedule ... or How I Learned To Stop Worrying and Love The Shark