Check out some of the most motivational moments from the panel and key takeaways from Todd McFarlane's inspiring story.

1. Failure is a Part of the Journey to Success

Although he has experienced a long-lasting, successful career, Todd McFarlane is no stranger to failure. He isn't ashamed to acknowledge he's received countless rejections over the course of his trajectory. He assures us that anyone with long-term professional aspirations will fail at some point. During the panel, he said, "When you have a long career, part of what ends up happening is you fail at a certain rate." But, he goes on to say, in spite of those tough failures, however, we can still achieve our goals by maintaining an attitude of resilience and overcoming any obstacles that may hinder our progress. True indeed!

2. Successful People Remain True To Themselves

Despite his success, McFarlane insists on remaining true to himself. His longtime business partner Marc Silvestri confirms, "He can be in a room full of the heaviest hitters in Hollywood or the industry, or it can be a room full of comic book fans talking about pop culture...you still get Todd. You still get the same guy."

McFarlane is widely known and respected for his talents, but he is also intentional about giving credit to his team for their hard work over the years. His supportiveness is quite clear as he delivers words of encouragement to his colleagues throughout the panel. Inspiring anecdotes are used to highlight the value of his team's overall dynamic. He graciously says, "I was able to be fearless because I knew I had the support of those behind me...I'm not Todd without these people and the people behind me."

In the words of McFarlane himself, "There's always an opportunity." As indicated in the panel, McFarlane has successfully granted himself personal freedom by building his own comic book empire. He's been given several opportunities over the course of his career, and having an understanding of his worth has allowed him to navigate his path freely.

According to McFarlane, becoming a celebrity doesn't mean life will suddenly become easy. In fact, things can become even more complex. McFarlane assures fans that his work is far from over, and that he is still planning several projects for the future. He even joked that his documentary will require the addition of new parts because the current documentary only scratches the surface of what's next to come for him.

Want a quick masterclass in success? Watch the full panel below: 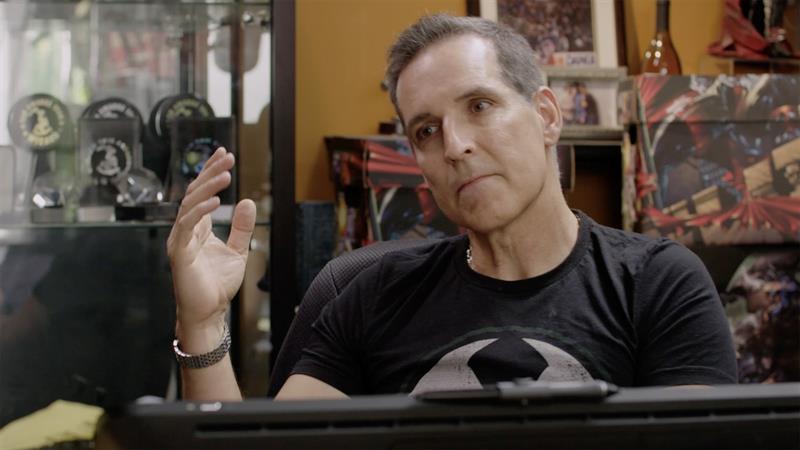