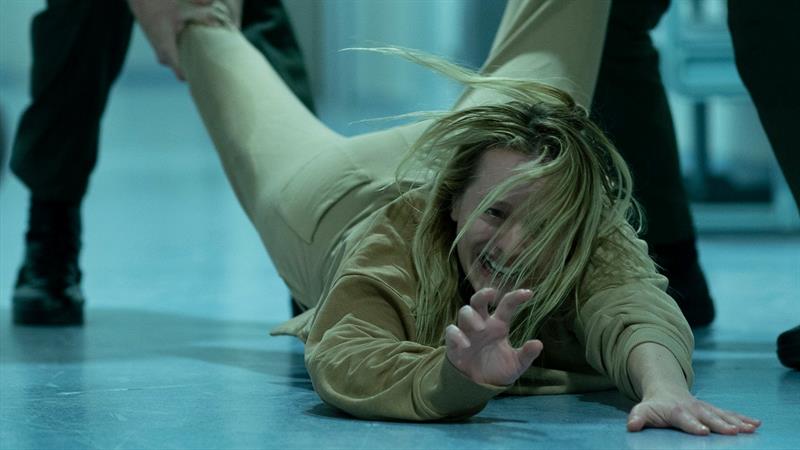 The scene, which takes place early in the movie, sees Cecilia (Moss) spooked by an unseen presence.

“It’s definitely something that happens slowly, as she puts the pieces together,” Moss says of her character, who recently escaped an abusive relationship. “It was important to us to not have her be some sort of superhero right from the beginning.”