Zachary Levi Gets Nerdy With Syfy At Comic Con 2017

Comic-Con fan favorite Zachary Levi (Chuck, Thor: The Dark World, Tangled) will host the second annual Syfy Presents Live from Comic Con. The show will air from Thursday, July 20 to Saturday, July 22 at 11/10c. Zac will oversee guests and panelists talking about the biggest news to come out of San Diego Comic-Con each day. Think trailer breakdowns, casting news, who saw and said what and lots and lots of cosplay. Zac will also be an Executive Producer (i.e. he'll be bringing his Nerd HQ brains to the party).
"I am beyond thrilled to be collaborating with SYFY during such a powerful year for their network.” said Levi, “As always, we are hard at work trying to bring the fans the most entertaining experience and content possible. My hope is that this year in San Diego will be one of the most memorable ever.”
Previously for SYFY, Levi hosted and produced GEEKS WHO DRINK, a game show that intoxicated nerds across the world with pub trivia.
Zac portrayed the beloved title character in five seasons of NBC’s Chuck, and also starred in Heroes Reborn. On the big screen, he appeared in Thor 2 as the Asgardian Warrior, Fandral. In addition to his on-screen accomplishments, Levi sung his way into our hearts on Broadway, earning a Tony Award® nomination for his role in the revival of She Loves Me. Later this fall, Levi can be seen in the upcoming drama Alias Grace, and is currently reprising his role as the delightful Flynn Rider, reteaming with Mandy Moore’s Rapunzel for the Tangled television series.
We've got tons of exciting stuff coming down the pipeline for Comic Con that we can't wait to share with you, and this year promises to be bigger, and better than ever. Stay tuned for all that. 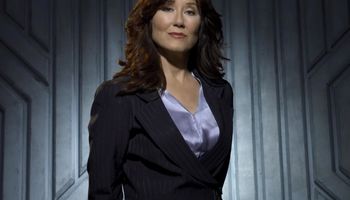