Summer's over but the fun of Fall TV is just beginning. Join us as we hitch a final ride with our beloved bounty hunters, welcome the return of vampire slayers and relive the magic of classic movies that we all know, love and (often) quote. Your official guide for what to watch, share and experience on SYFY this month, is here!

Fews movies are quite as consistently terrifying as IT. Nearly 30 years after its original release, Pennywise is still our worst nightmare.  Watch the Master of Horror spin an epically frightful yarn like only he can, tonight at 8/7c on SYFY.

Beetlejuice! Beetlejuice! Beet— you know the rest — lest we not finish that sentence or Michael Keaton will appear. Or maybe we do want that? Either way, because we're all about having a sense of humor, this Saturday, SYFY will be airing the cult classic back-to-back-to-back starting at 5/4c.


We need a hero! Or two, or three! Every Thursday throughout the month of September, we'll be shining a light on the brave, cool and unforgettable characters of SYFY; who make us laugh, cry and root for them. Visit www.syfy.com/blog every Thursday for fresh new heroes.


As the temps begin to dip and the sun begins to fade, spend the evening watching Cap and his old pal turned enemy ("I know that man…") The Winter Solider (née Bucky Barnes) face off. Plus, with Falcon, Black Widow, Nick Fury and Robert Redford's amazing hair in the mix, you're in for a downright cinematic treat.

Singing: "You mighty morphin' Power Rangerrrrrs!" Sorry, we had to. The gang is back with suits upgraded from the Lycra of our childhoods. And they're packing grit and edge to boot! See the Rangers battle villains like champs in this limited commercial release, only on SYFY.

Did you know that SYFY's the new home of Harry Potter? No? Well, now you do! Celebrate Hermione and the gang today, by visiting our official Wizarding World site for official videos, photos and fandom. www.syfy.com/wizardingworld

It's so hard to say goodbye to yesterday and our Killjoys. This intrepid team of bounty hunters stole our hearts four years ago and they'll be taking us on a finale adventure through the J one last time. Don't miss it www.syfy.com/killjoys

Muggles and wizards alike can rejoice 'cause on this night it's all about the Order of the Phoenix at 6pm and the Half Blood Prince at 9pm. We can all agree that we'll be in for a fun ride. Visit our schedule page to stay updated about when the sorcery comes to SYFY.

She's baaaack and she's here to slay! ICYMI, the Season 3 Finale was kind of a big deal. We lost a major character and gained a new demonic Overlord. Watch some of the best moments from Season 3 before the epic return at the end of the month. 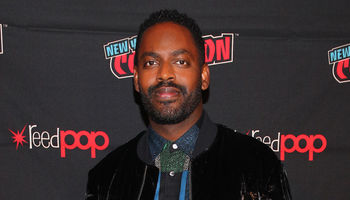 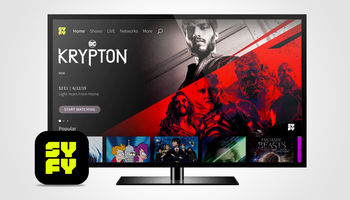 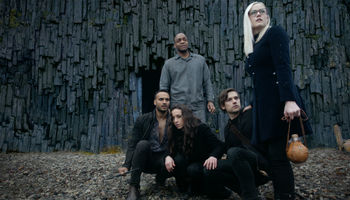