Guys! So, Comcast Xfinity X1 is kind of a big deal which is why we're **super** happy that you can watch a ton of SYFY shows on Xfinity. Also? The X1 Xfinity remote is super future tech and future tech is kind of our thing here at SYFY. Also, it's the best and fastest internet speeds available, so it's basically got wifi that was built to stream The Magicians.

Xfinity + SYFY = a match made in futuristic heaven? Basically.

Did you know that you can access Netflix on X1. Oh yeah, it's true. So if you've got a hunkering for some The Magicians, Wynonna Earp, or Z Nation; X1 has you covered. But maybe you want to kick it old school? Alphas, Ascension, Being Human, Bitten, Continuum, Haven, Helix, Lost Girl, Sharknadoes, they're all available.

Also, the X1 remote is basically like a personal butler, ready to cater to all of your television demands. Whatever you're looking to watch, With the X1 Voice Remote, your voice is the remote control. Ask the voice remote for a recommendation and X1 is smart enough to get you to exactly what you want to watch. So, if you're ready to watch the latest episodes of The Expanse, just say that's what you want to watch and. Xena, The Warrior Princess (that's what we named our X1 remote) will take you there.

Get thee to over to the Xfinity site for more deets on how you can be down. 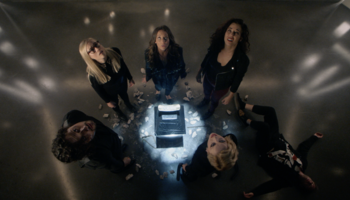 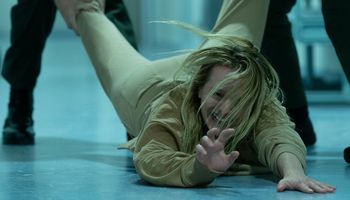