Wishing for a new incarnation of your favorite show is like wishing for a hug from your dead grandmother. Sure, it's always a rare treat to visit beloved and departed characters, but their new versions just aren't going to feel (or smell) the same.

Still, if the recent trend of remakes and premakes (The Prisoner, Battlestar Galactica, Caprica) is any indication, we can't help but expect another foray into the universe of Lost somewhere down the line. With that in mind, here are 10 different pitches for the next hit TV show to take place in the Lost universe. 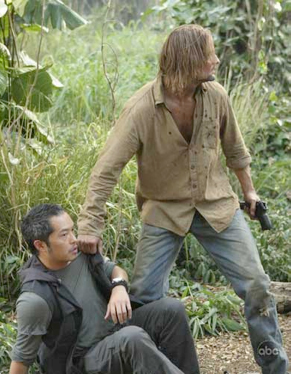 The year is 2010, and L.A. police are fighting a strange crime wave. Bodies have been found smashed and dismembered, people are committing suicide after being coaxed by dead loved ones, and a wave of apathy has spread over the citizens of Los Angeles. Desperate, the chief of police turns to the only paranormal detective duo-for-hire in the nation: Sawyer & Straume.

Barred from the force for their ruthless tactics and outside-the-book investigative techniques, Sawyer and Straume are contracted to stop the crime wave by any means necessary. Soon they find they've taken on much more than they expected as the crimes all point toward a mysterious superpowered beast.

That's not their only problem—the messy Sawyer and the uptight Straume just can't seem to see eye to eye, often leading to wacky misunderstandings!

Exhaust on the Highway to Heaven 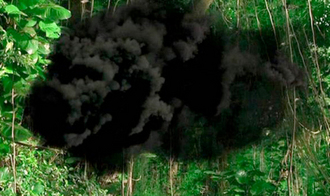 In the near future, America's enemies will develop a weapon so strong as to dwarf anything that U.S. superscientists have created. Desperate for a powerful defense system, U.S. military forces invade the Island. When a supersoldier goes down into the source, a smoke monster is created. Captured and fenced by the military, the supersoldier-turned-smoke monster is transported to the U.S. via freighter to protect the U.S. from foreign superweapons.

However, upon docking, an angel invades the freighter and frees the smoke monster, with one condition: It must atone for its evil deeds in order to be free. Changed, the smoke monster wanders the countryside, doing good deeds for others in an attempt to reach its own afterlife. Each episode ends with a warm heart-to-heart between the smoke monster and an impressionable everyman about the nature of right and wrong.

Captain Desmond and the Island Avengers 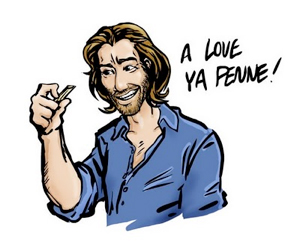 This animated series details the exploits of Desmond Hume and his crew of noble island protectors with mediocre superpowers. Each episode features a different supervillain threatening the island, then being thwarted by an Island Avenger creatively using their below-average abilities, such as electromagnetic resistance.

Miles Straume often saves the day with his never-used ability to talk to dead stuff. Richard Alpert can always afford to out-wait his nemesis. Ring Lady Eloise Hawking can show up in her enemies' past and confuse the living hell out of them. It all adds up to an action-packed Saturday morning hit! 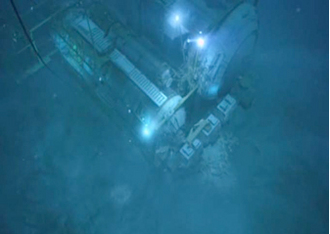 For their entire lives, twins Bonnie and Gretchen have lived in an underwater station, manning a sonar beacon. This Samuel Beckett-esque series details the lives of this lonely duo, who have never met anyone except for their now-deceased mother, and happily exposes the crushing depression inside all of humanity. 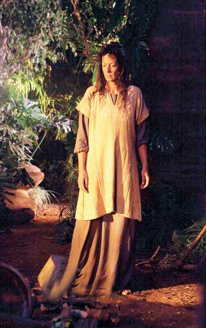 When a Roman peasant woman from before Christ becomes shipwrecked on a strange island, she must learn survival skills to stay alive. Each day is a painstaking challenge, from getting food to maintaining shelter to protecting herself from animals. As time passes, she gets more skilled at survivalism, finding more and more ways to craftily manipulate her environment using the skills of the ancient Romans.

Just as the stranded survivor is getting comfortable with her strenuous new life, things get nasty. Mysterious disappearances in the night make the woman think she is not alone. Is it all the mental trappings of a woman gone slowly mad, or is there something out there going bump in the night?

Two Stooges Under the Sea 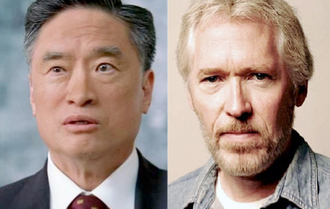 When a mutual aunt wills them her house, Woo-Jung Paik and Alvar Hanso stumble upon a map of the Island in an old trunk. Pooling their resources, the wealthy duo charter a submarine to search the ocean floor. Hiring a sarcastic yet capable crew, the two embark on a journey to search the depths of the ocean for the Island (which, unknown to them, has not sunk).

Things take several unusual turns as the madcap duo search the sea floor. They encounter the ruins of another, similar Island. Debating whether to explore the island, the duo get into a wacky slapstick brawl. These kind of hilarious antics occur on a weekly basis—that's what happens when you take two larger-than-life characters and lock them in a tin can for years! 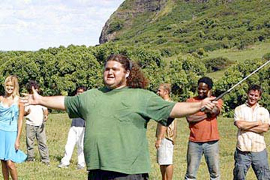 What could be more fun than watching televised golf? If you answered "Playing golf," you are accurate, but that's not what we're going for. If you answered "Watching the Super Bowl," then, well, yeah, you're also right, but what we're really going for here is "Time travel." It's the future of sporting events, and what better event to start with than the officially unofficial sport of Lost?

Imagine the thrill of seeing one competitor fight to take a lead, only to have that lead erased by another golfer going back in time to mulligan a bad shot. Sure, for you time will be linear, so everything will play out like a normal round of golf from your point of view. But once TV perfects "4-D glasses," you'll have an unbelievable experience.

The Lost Boys and Girls 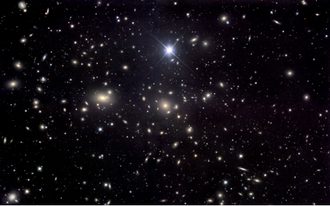 Ten thousand years in the future, Aaron Littleton, Ji Yeon Kwon and Clementine Phillips awake from cryogenic stasis. Having no memory of their past, the trio find themselves aboard a large space station drifting through the cosmos. A homing beacon kicks on, directing them to the planet Earth, one light-year away. 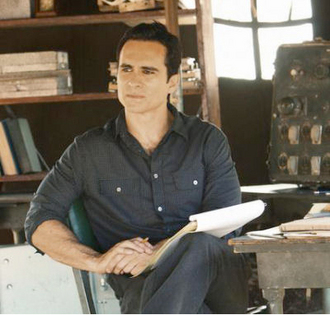 For Richard Alpert, it is a lonely life protecting the Island in the early 20th century. There is no one on the Island but him, so his job as a personal liaison for Jacob has grown quite stale. Suddenly, a creature appears in front of Alpert. It is half futuristic robot and half dorky science nerd/pianist. The Faraday 800 claims to be from the future, a future where Alpert has mistakenly caused the end of the world.

The Faraday 800 has traveled back in time to stop the end of the Island and thereby save the world. His plan? Simply to make Alpert bury all bombs inside concrete, rather than merely placing them on a gurney in a concrete basement. The plan seems basic enough, but it's utterly confounded each and every episode by Richard's cryptic nature, his inability to understand simple directions from a futuristic cyborg, and the fact that Richard has to pretend he's a cross-dresser to fool his uptight smoke-monster landlord. 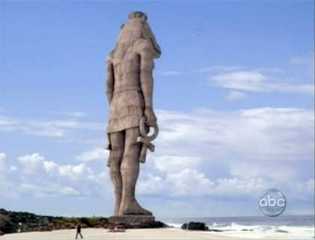 An epic tale of passion and desire set in ancient times. Egyptians have just discovered Mount Olympus, the home of the gods, on an island. Sailing over and settling the island, the Egyptian queen begins a courtship with one of the main Island gods. Lots of emotional drama ensues, as the queen must balance her job leading her people with the everyday demands of being a woman and dating a god.

Eventually, the steamy drama gives birth to symbolism, as the smoldering love between god and queen is manifested in the form of a smoke monster baby. All is not well, however, as the smoke monster proves evil and must be coaxed and trapped into an underground chamber. It's like Days of Our Lives—just replace the hourglass with a magic draining pool of water and we have a perfect match.

For the latest sci-fi news, follow us on Twitter at @scifiwire
Tag: Lost
Close Search Return to SYFY homepage.