The future might not be full of laser pistols, galactic rebellions and sexbots. Decades, if not centuries, of pollution, overpopulation and the exhaustion of natural resources could leave mankind with hard problems, and even harder solutions.

Take part in NBC Universal's Green Week by checking out these 10 classic sci-fi movies that show humanity running on empty.

Logan's Run: Everything you didn't know about the '70s sci-fi classic
Before you watch Under the Dome, pay a visit to 11 other domed cities 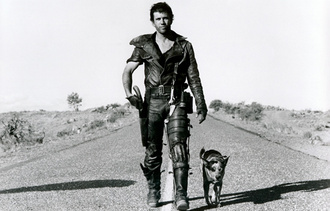 Running out of: Fuel

Solution: Scavenge. And kill, if need be.

We're told in Road Warrior's opening montage that after "two mighty warrior tribes went to war" the fuel stopped flowing. And then everyone slapped on as much leather as they could find, hopped into muscle cars and took to the open road to scrounge whatever gasoline they could get their hands on. Doesn't make much sense, does it? 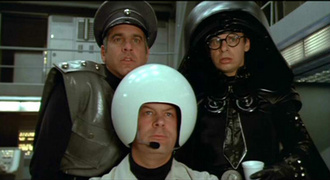 Running out of: Air

In Mel Brooks' somewhat thin Star Wars spoof, the planet Spaceball is running out of breathable air—so, naturally, its president plans to send a giant vacuum to siphon off the planet Druidia's atmosphere. Yes, it's actually as dumb as it sounds. 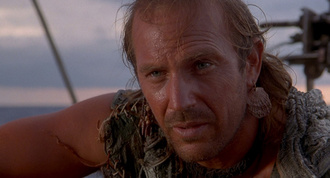 Running out of: Land

In the distant, distant future—distant enough that humans, like Kevin Costner's Mariner, have evolved gills—the ice caps have melted and the Earth is covered, pole to pole, by ocean. Pirates maraud while honest men just try to drink their filtered-urine water in peace. But the myth of a place called Dryland persists, and the Mariner must fend off Deacon and his motley pirate crew to ensure that a pair of female wanderers get there safely. 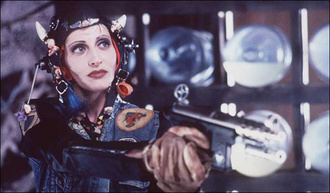 Running out of: Water

As Malcolm McDowell's tycoon-despot Kesslee puts it, he who controls the water has all the power. And in a world that hasn't seen a drop of rain in 11 years, Water and Power keeps the precious liquid under lock and key. Sounds like a revolution is very necessary, and lipsticked rapscallion Tank Girl (Lori Petty) and her band of outré outcasts are only happy to provide it. 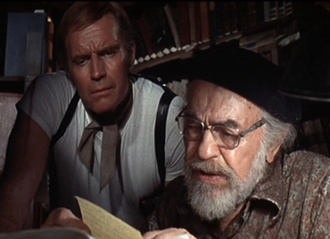 Running out of: Food

Of course, the cannibalism isn't overt. In fact, no one knows they're doing it. You see, in 2022 the earth is barren, incapable of growing anything. No fruits, vegetables, livestock—and the teeming populace are starving. That's where the Soylent Corporation comes in: They provide rations, even though no one knows what they're made of. But New York City detective Ty Thorn (Charlton Heston) knows that something's not quite right about the corporation's newest product: Soylent Green. And uncovering the secret will bring him face to face with lots of death ... perhaps even his own. 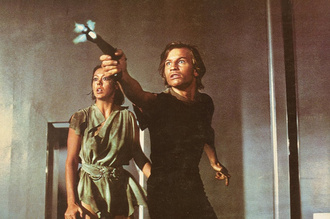 Running out of: Everything

Running out of: Sunlight

Solution: Detonate a nuke in the sun

Everything has a beginning and an end, even stars. And in Danny Boyle's outer-space pressure cooker, the sun is dying prematurely. And the last resort is a nigh-suicide run: A crew is sent to the center of the solar system, with a bomb the size of Manhattan, in hopes of detonating it and kickstarting the sun. How good are their chances of success? The spacecraft is named the Icarus II. 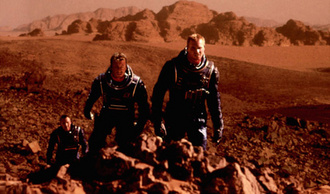 Running out of: Room

Rather than learn to curb our tendencies for ruining the planet while simultaneously overpopulating it, humanity is spreading into the cosmos. First stop: Mars, after seeding it with algae to get some oxygen into the atmosphere. Of course, nothing goes to plan—maybe the red planet wasn't as empty as initially assumed. 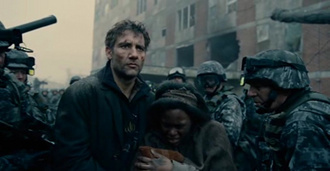 Running out of: Humans

Solution: Find someone with functioning ovaries.

A world where everyone is infertile, and no one is having any babies, is a world devoid of hope. Until a man with nothing left to live for encounters a pregnant woman who needs his help. He must escort her through a Britain falling apart at the seams to a floating salvation. 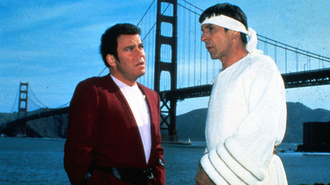 Running out of: Whales

Solution: Travel back to the 20th century and hijack a pair. Duh.

Well, what would you do if an alien race were going to flay the Earth in order to find someone to respond to their whalesongs—even though humpback whales were nowhere to be found on the home planet of the Federation? If you're Capt. James T. Kirk you take a stolen Klingon Bird of Prey, slingshot it around the sun and get into all kinds of adorable trouble in San Francisco while hijacking that pair of whales.