10 natural formations that might've been built by ancient aliens

The theory that alien astronauts visited Earth a long time ago has always been a hot sci-fi topic, with numerous franchises and hit films built around the notion that aliens gave us a cultural kick in the rear.

What's puzzling is that in none of these franchises do aliens advise man to turn down housing loans he can't afford. Scientists believe this is because ancient aliens were dicks.

Jerks or not, these aliens' origins are clear. One need not look into the realm of sci-fi to find fantastical "proof" of ancient visitors from space. Earth is scattered with unbelievable sights that defy immediate explanation. Some of these sights involve mysteries that took years to unravel; some still baffle experts.

We combed the globe searching for the most unbelievably out-of-place landmarks that make us wonder whether we're truly alone. 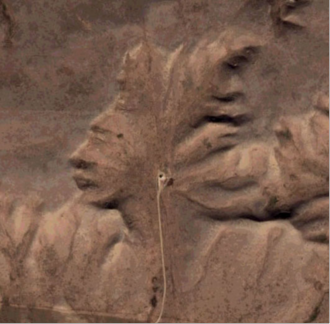 This mountain range in Alberta features a recently added oil well as the "earbud." Experts believe aliens used this giant Native American head as a "scarecrow" to ward off other extraterrestrials. ("Let's land there!" "No, that giant Indian might notice us once he's done rocking out to Coldplay!") 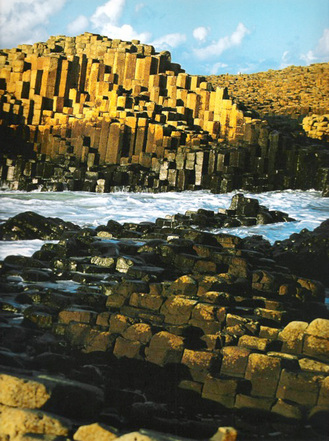 This extensive set of basalt columns in Ireland has been declared a World Heritage Site. This is obviously a scale-model plan for a giant city inhabited by skinny, hexagonal aliens. 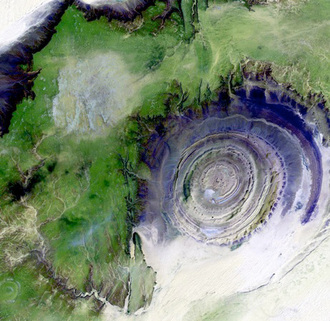 First noticed by freaked-out human astronauts, this giant blue swirl appears in the middle of otherwise featureless terrain in Mauritania. Discredited scientists believe it is either a giant eye or a diagram for hydraulic power. Either way is fine with us, we're just hoping it's not a bullseye. 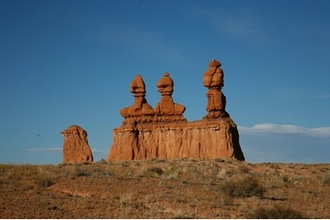 Utah is known for its exotic rock formations, and this is perhaps the most spectacular. It is called "The Three Stooges" because it's a lot harder to get landmark recognition for a site called "The Three Dongs." We'd believe the suggestion that these are just a bunch of rocks piled by drunk people, but it's Utah, so it's almost definitely aliens acknowledging they've received our transmission of old TV shows and films. 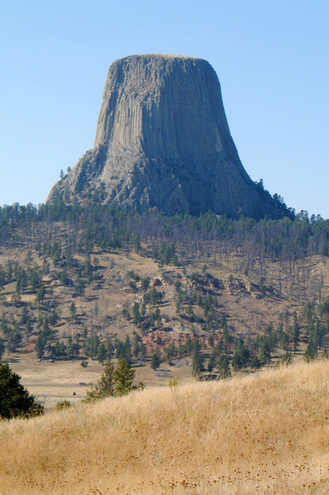 This igneous intrusion in Wyoming stretches up seemingly out of nowhere. The specific origins of this landmark have puzzled scientists for centuries. We're fairly certain this is either a spaceship docking station or a giant pile where spaceships emptied their lavatory holding tanks.

Cave of the Crystals 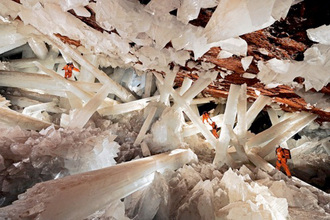 This spectacular cavern in Mexico contains crystals that New Age medicine enthusiasts could only dream of. The cavern was discovered in 2000 and would be flooded if not for a nearby mining operation. Explorers have eagerly been touching every crystal, expecting them to change color and hum a note. Sadly, this has yet to happen, which has led all but the sanest explorers to conclude they are alien power cells. 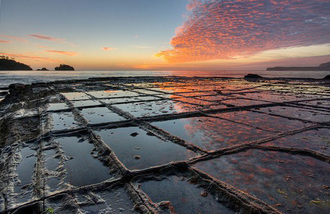 This rock formation in Tasmania was formed with absolutely no human influence. The near-perfect right angles have conspiracy theorists in a tizzy, but we believe it's just where aliens played four-dimensional space checkers. 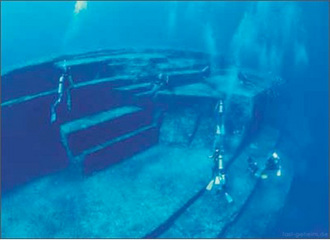 This underwater mystery off the coast of Japan features pillars, a road, a star-shaped platform and many other relics of man-made architecture. But it is not a man-made structure. It could be a sunken space station from a distant planet. More likely, though, aliens just built a fishbowl castle for the ocean sharks. 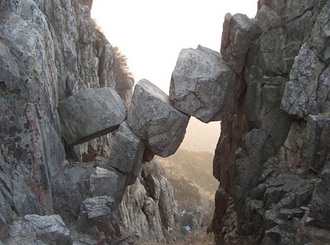 This natural rock formation on China's Mount Tai seems like an impressive display of ancient engineering. The placement of the rocks resembles the arch-based architecture of the Romans. Were ancient aliens trying to explain the value of the arch? Did Marco Polo bring this implanted technology west during his travels? Why aren't there more non-McDonald's arches in China? These questions are maddening. 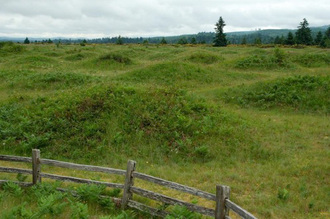 All over the northwest United States, groups of mounds have appeared on the landscape. Their appearance is seemingly for no other reason than to baffle scientists, who have yet to explain the mounds' existence. At first, UFO experts were convinced it was a moguls course for the alien olympics. However, we now believe aliens were blind and quite large and are trying to send us a message in Braille.

For the latest sci-fi news, follow us on Twitter at @scifiwire
Tag: Close Encounters of the Third Kind
Close Search Return to SYFY homepage.