The year was 1990. The first President George Bush and Soviet leader Mikhail Gorbachev were ending the Cold War, while South Africa was ending apartheid. It was the year of Vanilla Ice's "Ice Ice Baby" and MC Hammer's "U Can't Touch This," and in the theaters, Home Alone was the top-grossing film of the year.

But Total Recall, which opened June 1, ruled the summer.

What made Total Recall so special was how, for a Hollywood blockbuster, the film was so very smart and at the same time so gratuitous and graphic in all the most offensive ways—F-bombs and body counts earned the film, as the legend goes, an initial X rating. But that's only one reason to love Total Recall, which went on to inspire a TV series, the film Minority Report and a possible remake planned for 2011.

Well, Verhoeven, we have to hand it to you ... Total Recall is still one of the best mindfraks ever.

In the years since Total Recall was released, others have tried to screw with people's memories. Really, though, Michel Gondry's Eternal Sunshine of the Spotless Mind and Joss Whedon's Dollhouse are little more than other applications of the mindfrak concepts best articulated in this film—the discovery that a previous persona inhabiting your brain has used you to infiltrate a resistance group, betrayed you and now plans to wipe you from his memory.

The greater question in Total Recall that's tormented many the critic, video store clerk and geek for decades is—Is the double agent story legit, or is the over-the-top action all just the delusions of an average joe being lobotomized by the brain butchers at a cut-rate memory shop?

A chiseled titan playing an everyman? C'mon! Arnold Schwarzenegger was certainly miscast in Total Recall. Nevertheless, the depthlessness of his performance hardly matters once he starts flailing and freaking out in the Rekall machine. This was Arnie's era, or at least the tail end of it. Over the rest of the 1990s, he'd descend into self-parody, leaving Total Recall as Arnie's last great heroic role before entering politics. Speaking of which, in the race to replace Gov. Gray Davis of California, the film's title took on a whole new meaning (see the viral JibJab video above), and we like to think it won him the election.

There are two elements that make an awesome mutant—the effects and the concepts. Total Recall nailed both. Between bubbled skin, a twisted skull and creepy, gooey insect arms, it's no wonder that effects wizard Rob Bottin won an Oscar for Total Recall. And then there's the mutant to rule all other mutants forever: Kuato, the baby-sized psychic rebel leader. Not only was he grosser than gross, he was also a fantastic plot twist—what more novel way to avoid capture than living in the stomach of the most average-looking man in the entire film?

By the way, Kuato singing "Chocolate Rain" is pretty uncanny.

Though Total Recall is, ultimately, a film overloaded with testosterone, the women in the film, too, defied all established norms.

Sharon Stone's Playboy bunny wife—blond, buxom, devoted—is far from the dream girl she's supposed to be. Beneath that Barbie exterior is an evil bitch who will punch her man in the nuts over and over again, then, in the next blink, turned all doe-eyed and darling. Contrast that with the ladies of the Last Resort, prostitutes who are picky about their clients, including a little person hooker, Thumbelina, who gutted Bad Guy #3 ("Helm") with a bowie knife then mowed down a whole platoon of Mars police. Then you have Melina, both sleazy and demure (and a Latina, we should add, since diversity was sorely needed in sci-fi at the time), leading the resistance and saving Schwarzenegger's ass several times over.

And we blush to say it, but, despite the cheesy prosthetics, many a nerd's fantasy was fulfilled by the triple-breasted prostitute, who, sadly, didn't survive to see the ending. 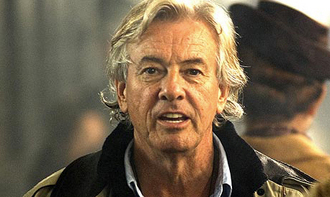 Just as audiences remember Sergio Leone for The Good, Bad and The Ugly rather than the perhaps superior Once Upon a Time in the West, Verhoeven's Robocop really ain't half the sci-fi masterpiece that Total Recall is. OK, that might be a controversial statement, but we stand by it. The Dutch master was at his creative peak, and after Total Recall he only really had one Hollywood blockbuster left in him, Basic Instinct. He'd jump the shark with Showgirls after that, failing to regain his mojo with Starship Troopers (which, while awesome, hardly scored at the box office) and eventually returned to the Netherlands.

The film begins with Arnie's face exploding when it's exposed to the Mars elements. From there it just gets harder and harder core: Necks snap, eye balls pop, arms are ripped off, and a metal rod is shoved up a guy's nose and out the other side of his brain. Even an innocent rat is turned into a bloody pulp dripping down a computer screen. According to MovieBodyCounts, there are 77 kills in Total Recall, which, though short of Arnold's earlier film Commando, further fueled parental outrage over violence in film. But it's not just the sheer kills but the detail in the carnage that (reportedly) almost earned the film an X rating.

The strange thing about Arnie's punchy, bad-ass one-liners in Total Recall is that they're soooo good, but they never seem to come up in other films or pop culture, at least not like "I'll be back" or "It's not a tumor!" Of course, that might be because they involve so much profanity. Here are a few of our favorites.

Melina: What you been feeding this thing?
Douglas Quaid: Blondes.

Lori: Doug, honey ... you wouldn't hurt me, would you, sweetheart? Sweetheart, be reasonable. After all, we're married!
[Quaid shoots her in the head]
Douglas Quaid: Consider that a divorce! 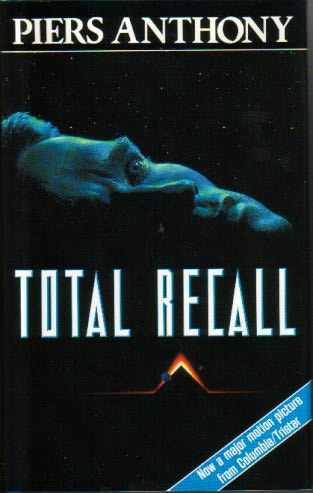 Too much time has been wasted arguing about which Philip K. Dick adaptation is greater: Blade Runner or Total Recall. The truth is, all the writers responsible for Total Recall were brilliant. Dick, of course, is a grandmaster of the genre, but "We Can Remember It For You Wholesale," the film's inspiration, was just a short story. Alien scriptwriters Ronald Shusett and Dan O'Bannon were among the writers who grew and adapted the story into a twisty-turny opus. There's one more writer worth mentioning: The novelization of Total Recall by Piers Anthony, the acclaimed author of several best-selling fantasy and sci-fi series, was one of the few in film history worth reading.

You have to love a film that has a box of technology, one of those briefcases given to the protagonist, who then pulls out each item one by one. Computer, hologram bracelet, self-guided nasal GPS implant remover. Every scene in the film has great technology--much of which are still cool ideas in the 21st century, from the instant color-changing nail to the self-driven taxi cabs. On the flip side, the extremely detailed body scans are already obsolete compared to the naked scans available now at airports. Howevever, the central piece of technology in the film is the memory-implant chair, part MRI, part hairstylist chair, which of course was ripped off for Joss Whedon's contemporary mindfrak series, Dollhouse.

Missions to Mars and Red Planet—don't try and tell us that these films scratch the itch fans feel for the fourth planet from the sun. Total Recall nails it: Not only is the planet colonized, but it's a giant mining operation with its own train system, underground catacombs, red light district and taxi drivers who have to dodge giant drilling machines. While the colony is actually kinda cheesy (they really wouldn't build it with bulletproof glass? Really? And why did The Last Resort seem classier than the Mars Hilton?), the fact remains that, like Quaid, we'd pick Mars over Saturn any day.

For the latest sci-fi news, follow us on Twitter at @scifiwire
Tag: Total Recall
Close Search Return to SYFY homepage.