Maybe we're jaded, but we want football players to wear jetpacks and rocket shoes. Seriously, would it be so hard to re-create the knuckle-whitening thrill of Cyberball, where a team had to make a first down before the ball exploded?

Something about combining sports with futuristic technology and the thrill of violent death makes them much more ... sporty. With that in mind, here are classic sci-fi sports that totally deserve their own Super Bowl.

No, that new Battlestar Galactica series from Mr. Robot creator won’t be a reboot after all
Need to work your brain? Here are 10 high-concept sci-fi shows to binge during lockdown

What do you get when you mix a bunch of dumbed-down characters from Star Wars: Episode I—The Phantom Menace with moviegoers' never-ending thirst for explosions? The futuristic version of NASCAR. 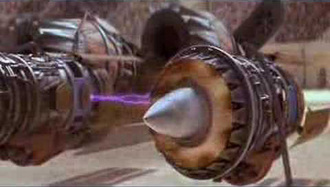 Why It's Infinitely Superior to the Super Bowl:
Honestly, what is the chance that Peyton Manning is going to explode? Maybe if everyone in the stadium hummed the same frequency and it created some kind of reverberation in his skull that caused it to explode. But still, that's only one explosion.

"Two men enter, one man leaves" is not just a mantra I obey when getting a prostate exam. It's also Tina Turner's declaration of this bad-ass sport's only real rule in Mad Max Beyond Thunderdome. It's sort of like dueling, but with a cage and flying. So, it's pretty much dueling inside a bouncy-castle. 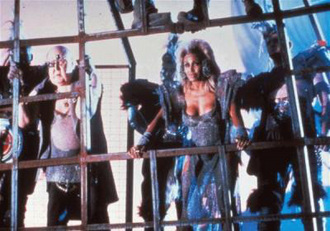 Why It's Infinitely Superior to the Super Bowl:
No constant breaks from the action. Even when there's a commercial timeout, it's because someone either died or flew out of the stadium.

Why It's Infinitely Superior to the Super Bowl:
Product placement would eliminate the need for commercials. Light cycles could crap out a constant stream of Coca-Cola banner, or whatever.

Aliens and humans duke it out on a space station in Arena. Great for people who want to watch hulking primordial species battle it out but can't afford to go see a U.F.C. match. 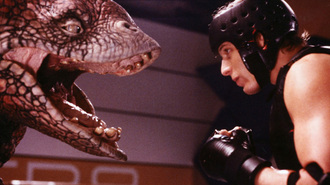 Why It's Infinitely Superior to the Super Bowl:
Winning this battle proves your species' superiority. Let's face it, teams aside, nobody cares which city is mightier, New Orleans or Indianapolis. An Arena championship would give humans an excuse to spill drunkenly into the streets of alien planets, tipping over spaceships.

Futurama's futuristic version of baseball, which is a lot like regular baseball, except with excitement. A thrilling "multi-ball" phase puts dozens of balls into play, which is almost as exciting as modern baseball's "multi-beer" phase. 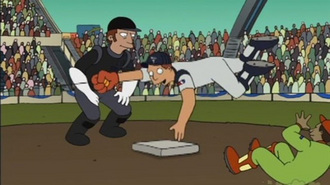 Why It's Infinitely Superior to the Super Bowl:
Mandatory steroid use, those men's locker rooms have more hormones than ... well, a boys' locker room.

A bunch of excited kids fly around on brooms, hoping nobody notices that the rules don't make any sense. Eventually, one of the kids figures out that the Golden Snitch is the only really important part of the game, and wins. 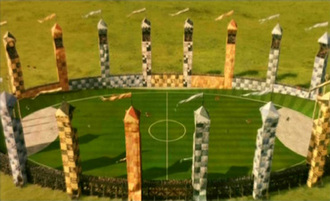 Why It's Infinitely Superior to the Super Bowl:
Kids flying around at high speeds with a minimal amount of safety equipment? Once Harry Potter fills out and learns to body check, it's going to be an awesome bloodbath.

Teams compete to throw a ball into a goal while fighting on motorcycles. If you're interested in a pro rollerball career, start in the Rollerball Little Leagues, where teams of toddlers on training wheels brawl to victory. 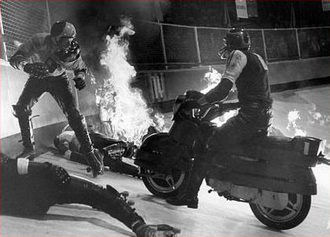 Why It's Infinitely Superior to the Super Bowl:
Just like adding Jackée is a winning move for any sitcom, adding motorcycles will make any sport better. Except maybe water polo.

Teams run around a pyramid bouncing a ball off of what looks like painters' easels. Players push and shove until a goal is scored or romantic eye contact is initiated after a tackle. 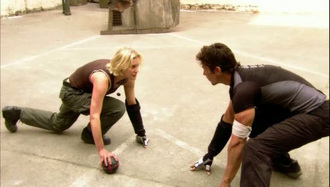 Why It's Infinitely Superior to the Super Bowl:
Battlestar Galactica's game is kind of like basketball, but with tackling. Imagine a half-dozen small forwards climbing all over Shaq, trying to pull him down.

The centerpiece of the film Death Race 2000 is a sport featuring street racing. Bonuses are awarded for killing pedestrians, so it's sort of like an average day on the Los Angeles freeways. 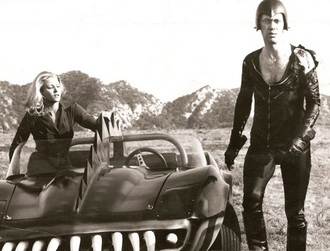 Why It's Infinitely Superior to the Super Bowl:
The Super Bowl lacks that fourth-wall interaction. At that game, you'll never have to worry about a linebacker running into the stands and punching your nacho-cheese-filled face. So boring.

In exchange for a pardon, convicted criminals attempt to avoid being stalked by every single person in the country. It's a lot like being the Jonas Brothers, if the thousands of screaming fans were actually trying to attack them (you know, in an alternate universe where everything is good). 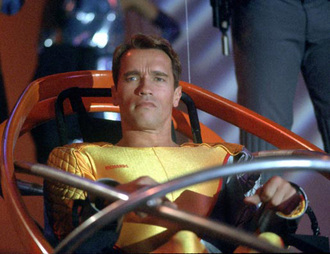 Why It's Infinitely Superior to the Super Bowl:
Imagine if Drew Brees hiked the ball, and then had to scramble to avoid being tackled by every single fan in the whole entire stadium. Pure excitement, although resetting the play would take hours.