10 things you need to know before you see Dragonball Evolution

The comics are out there, the cartoon's been running on cable for ages, but let's face it—who has time to digest a story that has 42 manga volumes and more than 500 30-minute TV episodes to its name? With that in mind, here are 10 things to remember about Dragon Ball when you line up at the box office this weekend for Dragonball Evolution.

The whole thing is based on an ancient Chinese folk tale. 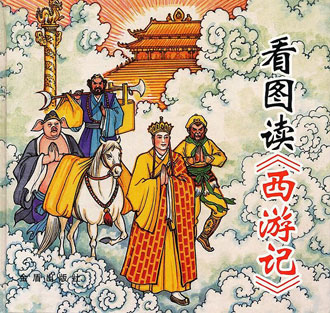 In the late 1500s, a scholar named Wu Cheng-en published Journey to the West, an elaborate 100-chapter tale of a monk's pilgrimage to regain Buddhist scriptures. Forget the monk—the tale's true hero is the Monkey King, who battles bad guys with his extending pole, flying cloud and invincible martial-arts techniques. This story has been popular in the Far East for centuries, and Dragon Ball is full of references, culminating in series hero Goku being transparently based on the Monkey King. 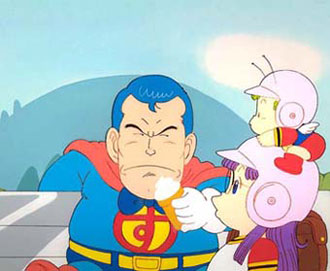 Of course, the wild-haired Goku is also an adopted extraterrestrial who develops super strength, the ability to fly and various other super powers. Series creator Toriyama has said he drew inspiration from the famous superhero, whom he'd previously lampooned as a background character in his Dr. Slump series.

Pretty much all of the characters are named after underpants and food. 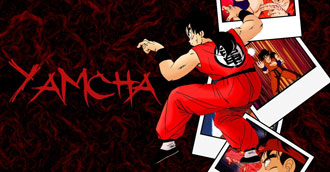 One of Goku's buddies is named Bulma Briefs. Another is called Yamcha, which is an alternate word for dim-sum—Chinese brunch. Goku's grandpa is named Gohan, which is Japanese for "rice." Characters appear later in the story with names like Vegeta, Broly (broccoli), Krillin (Japanese for "cabbage"), Radditz (radish), Trunks and Bra. I am not making this up.

In fact, the entire series is run through with puns and wordplay. 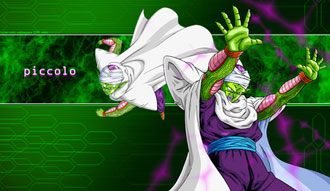 Naive and thickheaded Goku's name, in kanji, means "empty hand"—as in the empty hand of a kung fu master! Film villain and cartoon rival Piccolo is named after ... uh, a piccolo. Subsequent baddies include the likes of Freeza (freezer), Garlic Jr. (huh?) and a trio of evil magicians named Bibidy, Babidy and Boo. Yep, just like that song from Cinderella. This bizarre naming scheme is a signature of creator Toriyama, and it's hard to decide whether it's annoying or really pretty funny.

There are many different flavors of Dragon Ball. 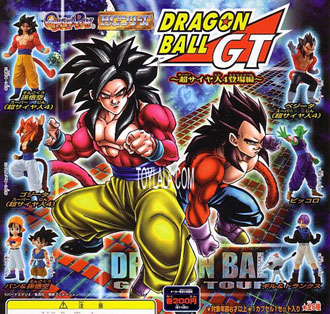 The original series, titled Dragon Ball, focuses on comic action, with only occasional emphasis on gritty fight scenes. The most popular segment, Dragon Ball Z, features less comedy; crazy, lengthy fight scenes; and world-shattering consequences. Dragon Ball GT comes last, with new characters and a greater variety of action and comic situations. Dragonball Evolution is based on the first part. That's very important—don't go into this movie expecting the epic high-speed battles and power readouts of Dragon Ball Z—that's not what the story is about.

Notable series characters are missing from the movie. 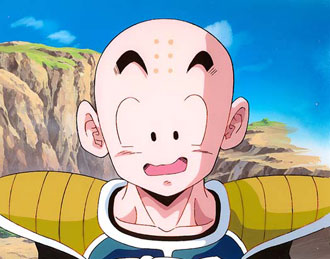 No Krillin (the little bald noseless kid). No Tien (the big bald dude with the third eye). They even omitted the wacky fat guy who eats everything in sight! Oh well, it's a Hollywood adaptation. And anyway ... 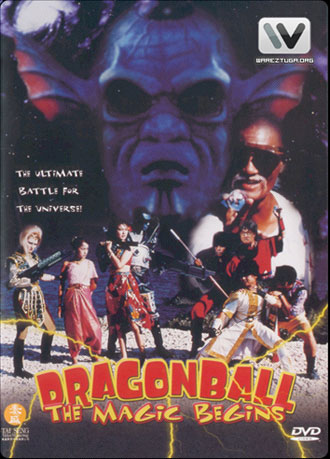 In 1989, Taiwan's Filmswell International released Dragon Ball: The Magic Begins. The movie is notable mainly for its bizarre special effects, tacky costumes and awful acting. Hilariously, it still looks like it's probably a more faithful adaptation of the source material than Dragonball Evolution.

Actually, the original anime series is infamous despite its widespread popularity. 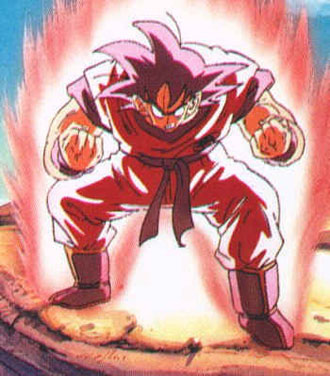 The Dragon Ball Z comics were not produced quickly enough to provide the TV animation crew with enough stories for each new season. They compensated for this by stretching out brief fight scenes over several episodes, with lengthy grunting/"powering-up" scenes and inane side stories like the episode where Goku and Piccolo have to take a driving exam.

The Dragon Ball Z cartoon is getting a huge facelift. 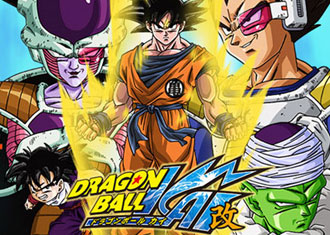 That's right, even if the movie falls short of expectations, Toei Animation is reissuing the show for high definition, inserting updated credits sequences, remastering the audio and--perhaps most importantly--cutting the length to a mere 96 episodes. This revitalized and retitled Dragon Ball Kai is already airing in Japan. We can probably expect news of its U.S. debut soon.

Goku is totally supposed to turn into a giant were-monkey. 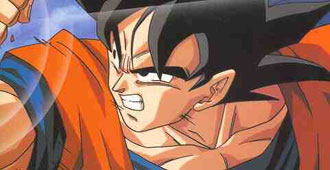 I have no idea what the weird bug alien in the trailer is. Also, Piccolo is supposed to be green, not white. Duh!