He's tough. He's hairy. He sports a mean pair of muttonchops. He starred in three X-Men movies and is about to headline one of his own. And he has a long and convoluted comic-book history.

Newcomers to Logan's mutant mythos can no doubt buy a ticket to his latest movie and pick up the basics as they go along—but here are 10 things worth knowing before you head to the box office this weekend for X-Men Origins: Wolverine.

Wolverine first appeared in 1974, as an antagonist for The Incredible Hulk. 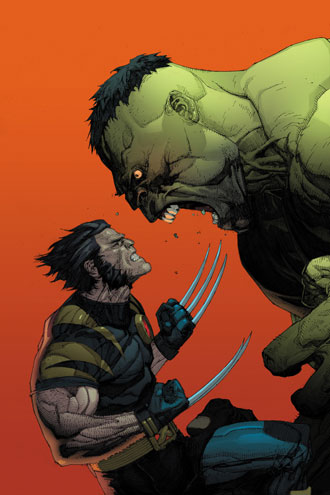 Co-created by Len Wein, who was also responsible for the Swamp Thing, he was once intended (but not by Wein) to have been an actual wolverine, evolved into humanoid form. This plan did not long survive the character's transfer to other hands, as he became a member of the X-Men and in swift order one of the most popular characters in the history of Marvel Comics.

Wolverine was first described as a secret weapon for the Canadian government.

Future stories confirmed his Canadian ancestry and established a long history as an accomplished assassin and secret agent. Specifics were withheld for decades, as he was deemed more interesting with his past kept an unresolved mystery. He was given amnesia to help shroud his background, the better to frustrate readers when occasional revelations proved confusing and contradictory. His amnesia and the mysteries about his past were incorporated into Bryan Singer's first two X-Men movies and became a key part of the movie mythology.

Plus a healing factor that knits his wounds quickly enough to render him almost impossible to kill in battle. His claws were part of that package, too. But he spent some time as the captive of a mysterious organization that fused his skeleton, and those claws, with the indestructible Marvel Comics alloy known as adamantium, which is supposed to be able to survive nuclear explosions. It was a tune-up that rendered him even more difficult to kill.

The efficiency of Wolverine's healing factor has always varied wildly. 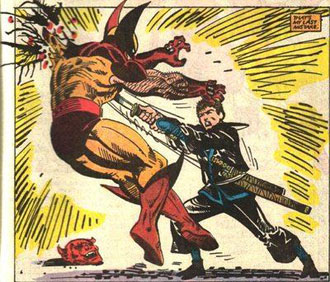 Well, depending on who's writing him at that time. In one classic storyline he needed several months to recover from several critical wounds inflicted during a swordfight. In another, published not too long ago, he needed only a few seconds to pop back, good as new, from a ground-zero explosion that had all but vaporized him. The upper limits of his indestructibility remain unclear in both the comic-book and movie versions.

He's one of the shortest superheroes in the comics, standing only five foot three. 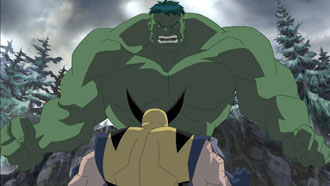 This is not an element of his character that has survived the casting of Hugh Jackman.

Although he's always called himself Logan, which is both his first and last name ... 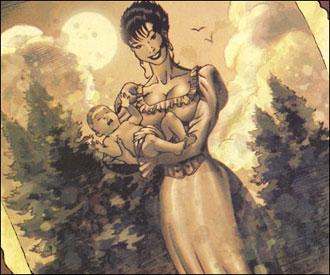 ... a 2002 miniseries revealed that he was born in the 19th century, a sickly, frail rich kid named James Howlett.

For much of his career, Wolverine was a dedicated cigar smoker. 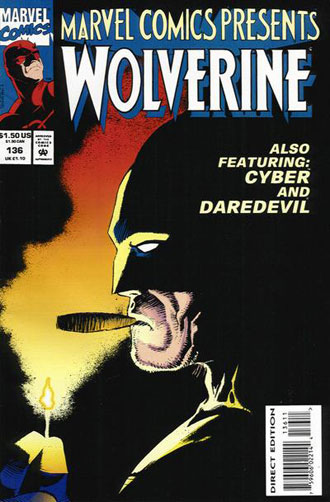 He was protected from any health concerns, however, by the healing factor that scrubbed his lungs as fast as he could dirty them up. This aspect of his personality went away when Marvel editor-in-chief Joe Quesada issued an edict against heroes engaging in behavior that made tobacco look cool. The decision did not affect the X-Men movies, where Logan continued to puff away with impunity.

He has fought a number of prior battles with the savage mutant known as Sabretooth, whose fighting skills and healing factor mirror his own. 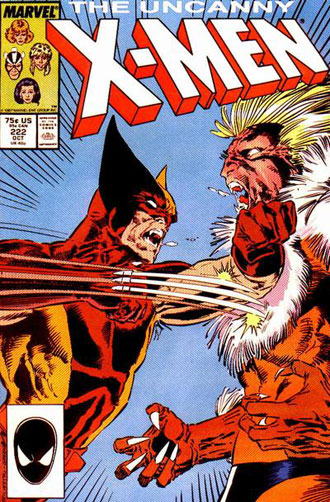 For a long time, hints (and more than hints) described Sabretooth as Logan's father, or Logan's son, or maybe Logan's future self. Again, it depended on who was writing him. (In the new movie, Sabretooth seems to be Logan's brother.) But that's not as far as it goes when it comes to Wolverine kin: Another X-Men associate, X-23, is Logan's female clone, and his newest antagonist is Daken, the murderous son he never knew he had.

His long and eventful life has led to some strange associations. 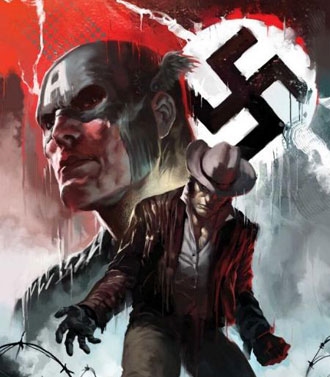 He fought in World War II, alongside Captain America. He spent some time as a prisoner in a Nazi concentration camp, where his refusal to die terrorized the commandant. He has lived for long periods in the Asian island nation of Madripoor, where he is known as a mysterious, one-eyed figure named Patch. Most oddly, he once teamed up with Richard and Mary Parker, the American secret agents whose child Peter would one day go on to become the superhero known as the Amazing Spider-Man. In fact, he was standing right next to Richard when Mary's doctor announced her pregnancy, and was the very first person to offer the couple his congratulations. Spider-Man has never been told this in the comics, but the webslinger did not take well to the information when Wolverine shared it in this author's prose novel The Secret of the Sinister Six.

As one of the most popular superheroes of all time, Wolverine has evolved into one of the busiest. 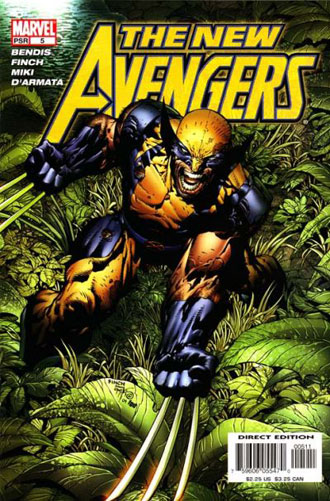 In addition to his own solo adventures, which run in two separate monthly series, he somehow finds the time to belong to several concurrent teams of X-Men and to the outlaw group of heroes known as the New Avengers, while also making several guest appearances a month. He has also spent time as an agent of SHIELD, as a temporary member of a replacement Fantastic Four and (while brainwashed) as a member of the evil terrorist organizations known as Hydra and the Hand. As a result, his abilities seem to include the capacity for being in several places at once.