April Fool's Day is a worldwide excuse to commit creative forms of assault/battery on one's dearest friends. The sci-fi film and TV world is no different—some of the biggest movies have also been the settings for some of the most epic practical jokes.

It seems Hollywood celebrities take their pranks seriously and always need to have the final gag. Check out some classic pranks, while we try our hardest not to mention George Clooney. 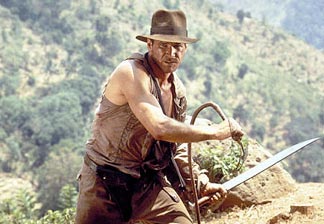 During the famous scene where Indiana is bound to a rock, the crew played an elaborate practical joke on Ford whose punchline might as well be "The Aristocrats!" First, the helpless Ford was confronted by a whip-wielding, leather-clad Barbara Streisand, an image that shouldn't fulfill anyone's fantasy but sadly probably does. While Streisand whipped Ford for making bad movies, Carrie Fisher threw herself in front of Ford. We can only assume a tremendously awkward laugh was belted out by all crew members present. 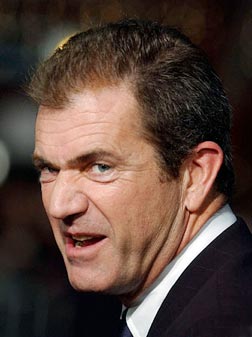 The star of Mad Max, Signs and his ever-increasingly-horrifying real life, Gibson couldn't resist the chance to pull a nasty prank when paired with Joe Pesci. As Gibson tells it, he used Pesci's cigar stash as suppositories, took pictures, then replaced them. The next day, as Pesci was taking a deep drag off a suspiciously extra-brown cigar, Gibson approached him and showed him the pictures. This is why Gibson shouldn't be allowed near the craft services table. 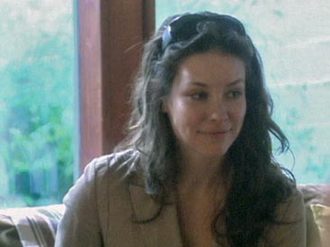 On a memorable episode of Ashton Kutcher's ridiculously-early-midlife-crisis show, Harold Perinneau convinces Evangeline Lilly that she has damaged expensive art by turning the stereo up too loud. When Lilly innocently tries to explain what happened, Kutcher walks in and jovially explains how he's wasted all these important people's time. At no time does anyone attempt to explain what the Smoke Monster is.

Lord of the Rings has Matrix crossover 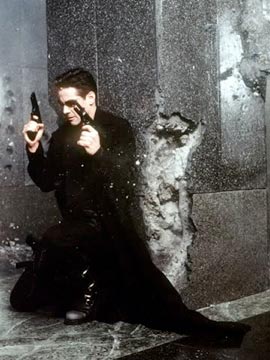 In the pivotally nerdy scene where Elrond gives that super-cool sword to Aragorn, Peter Jackson decided to pull a fast stunt for an outtake. Elrond, played by The Matrix's Hugo Weaving, dressed up like Agent Smith. Popping out, he shouted "Mr. Anderson! What are you doing with this sword?!" Knowing it was a Peter Jackson film, we would have expected this to be followed by an unnecessarily large amount of splatter.

Dean Stockwell pulls one over on a saintly Scott Bakula 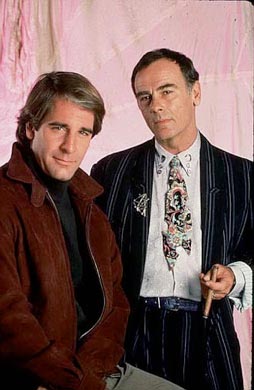 During the 1980s and 1990s, Dick Clark and Ed McMahon made a corny show called TV's Bloopers and Practical Jokes. It was a lot like Punk'd, if Punk'd was made by, well, Dick Clark and Ed McMahon. In a notable segment, Bakula is called in to do a promo for Quantum Leap. Co-star Dean Stockwell watches on as things get increasingly difficult for Bakula. What is most interesting about this G-rated escapade is how considerate Bakula comes off, first stepping in to save the film, then offering to bankroll it temporarily.

Nathan Fillion is a huge joker

According to his Firefly co-star, Alan Tudyk, Nathan Fillion is quite the practical joker with just one angle—shocking the hell out of Alan. In this video, Alan recalls different ways that Fillion has shocked them, including through a trick lighter and a trick ballpoint pen. Tudyk speaks of these incidents fondly, and not at all with a blazing passion for vengeance, which is odd. 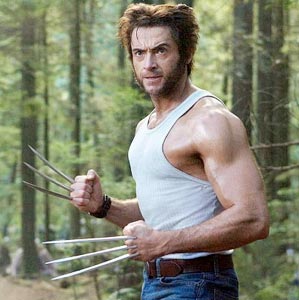 According to Jackman, he pulled a racy April Fool's Day prank on Lynn Collins on the set of Wolverine. Telling Collins there was a demand for her to have a wardrobe change, Collins found a way-too-tight silver spandex dress in her trailer. Struggling into the dress, she emerged from the trailer to howls of laughter from the crew. Rumor has it the original Wolverine used the dress as his "metal exoskeleton." 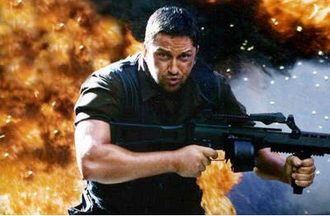 While filming the science fiction thriller Gamer, Gerard Butler showed his producers a less-than-classy side of himself. The day after sending producers six fresh donuts, Butler sent them picture of a different batch of donuts between his rear-end cheeks. Even with the presence of donuts in someone's behind, this stunt still seems classy next to that Mel Gibson prank, or most things that Mel Gibson does. 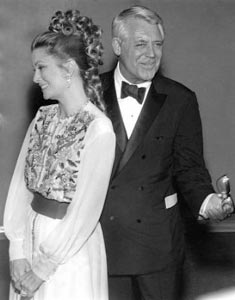 The legendary actor who graced the screen in Star Wars once had a back-and-forth with classic screen starlet Grace Kelly (seen above with Cary Grant). The duo would take turns hiding a tomahawk in the other's bed. This illustrates the kind of thinking that was once known as a "practical joke." To be considered a "prank" by today's standards, it would be mandatory to use the tomahawk to fake a murder, then plant it in the mark's bed. 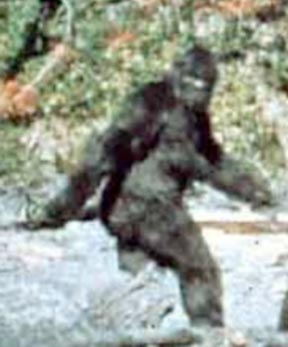 Although famous makeup artist John Chambers denies it, several people have fingered him as the creator of the infamous Bigfoot seen strolling casually in a 1967 home movie. This goes against the popular conspiracy theory that the film was just of Burt Reynolds before his daily back shave.