11 powerless comic characters and the powers they could really use

From our point of view, comic book heroes who don't use any extraordinary abilities are incredible to read about—and they deserve our kudos for daring to go into battle without superpowers. However, some heroes (and villains, too) probably go home after a failed mission and curse that they don't have any powers.

With Alphas premiering tonight on Syfy at 10/9C, we can't stop thinking about heroes, so here are 11 cherished powerless characters and the superpowers they could probably use the most. 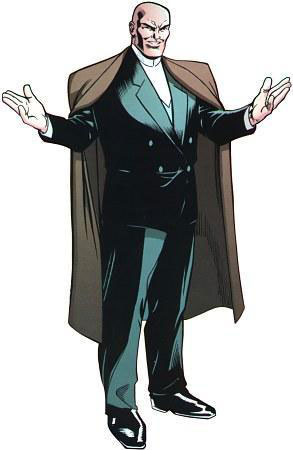 Lex Luthor has a hard job. Sure, he's a bad guy, but he's a powerless bad guy who is archrivals with the most powerful man on the face of the Earth! That must get frustrating. Luthor's just trying to build up an evil corporation to take over the world, and Superman comes and shuts it down. Why does Superman pick on just Lex, and not any of the other ruthless corporate heads of America? How many evil factory employees have been left jobless by these tussles?

Lex Luthor just needs one simple ability: the ability to turn elements into other elements. This way he can turn everything to kryptonite. Not only will he be rid of the super-pest, but he will also control the kryptonite industry. Kryptonite is a must-have if you are a contractor who specializes in building planets for superhero races. 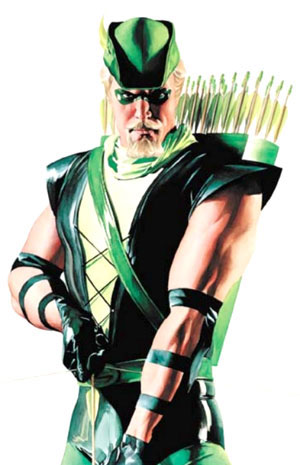 Green Arrow is an expert marksman who specializes in shooting crazy-powered arrows. There's an inherent problem with this setup, however. Most comic book supervillains do their crimes under the cover of darkness. It's really hard to shoot an arrow at anything in the dark. Which can limit the Arrow's crime-surveillance area to either lit cities or the daytime.

He should get night vision. Not only would this allow him to fight people in the dark, but he could also do long-range attacks on henchmen in their sleep. Never again will an enemy henchman shout, "It's the Green Arrow! Everyone turn out the lights and we should be okay!" 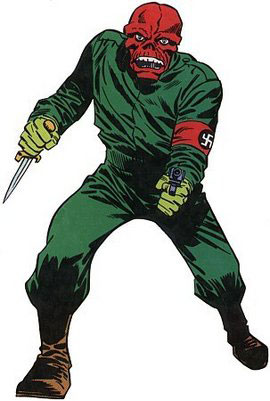 Red Skull is a cool villain, but he's spent most of the modern era either dead or brain-transplanted into someone else's body. Usually that body is a clone of Captain America, which then gets killed. Instead of being disembodied and searching for a new host to clone, the Red Skull should just be able to make a duplicate body and then brain-hop into it. Probably he should be able to do this at light speed, creating a giant chain of Captain American bodies that have no brains and probably watch reality television all day. 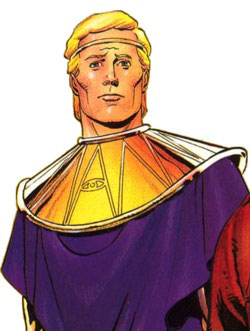 Ozymandias was the smartest man in the world in all ways except one: the ability to pick a location for his base that isn't totally ridiculous. We get that he wanted some solitude, but is building a bio-dome in the middle of Antarctica really the optimal way to do things? Who would work there, anyway? "Help Wanted: Relocation to Antarctic mandatory. May be murdered."

Enter invisibility. Ozymandias can get the seclusion he so desperately craves without having to spend a fortune on dome glass de-fogger. Plus he won't have to pay a fortune in turnover costs due to his unpleasant necessity of having to ice all his employees at the end of every project. 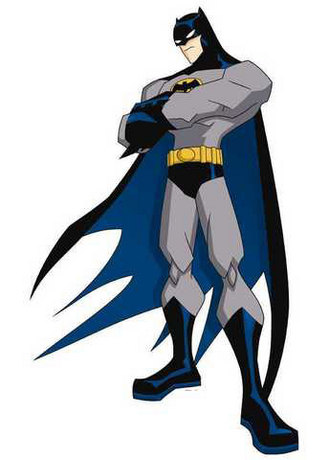 Sure, giving Batman a superpower is like giving the Venus de Milo breast implants. But Bruce Wayne must stay up long nights in his manor, staring at blueprints, trying to think of different ways to shoot across the city like a bat. Seriously, he can't count on his bat hook to save him from falling off a cliff every time.

Instead of wasting his time working with his butler on these small "Go-Go" bat-gadgets, Wayne should take himself more seriously. Hire an actual engineer and set about solving the mystery of gravity. Get Tony Stark on the case, if you need to—Batman could really benefit from being anything like the creature after which he is named. You don't see Lex Luthor putting a dinosaur mask on and calling himself "Dino-man." 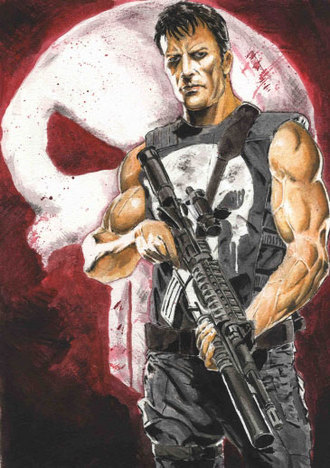 If anyone could benefit from a little therapy, it's probably Frank "if anger doesn't solve the problem, let's try murder" Castle. He's one of those comic book characters who makes every other superhero feel awkward because of all his baggage. "Hey Frank, me and Spidey are going for Chinese," the Black Panther would say. "Can't, chow mein reminds me too much of the brutal murder scene where I found my family" is the Punisher's reply. Awkward.

So, let's give him the ability to erase the baggage. The power to forget the things inside him that make him a crazy killing freak. If the Punisher could selectively wipe away his own memories, he might finally move on. 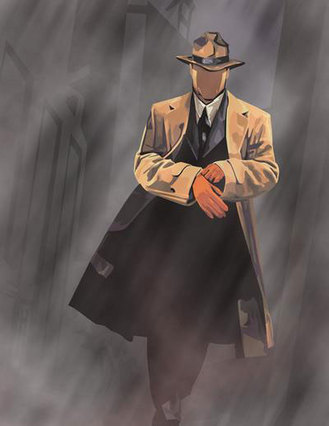 The original Question passed away from lung cancer. We're not sure of the cause, as comic storylines about superhero autopsy reports aren't our thing. But we're going to go ahead and venture a guess and say all those crazy gaseous chemicals Question was always using to change his appearance didn't help his lungs much. It's depressing when a superhero dies from health issues related to their heroic career. It'd be as if Superman suddenly dropped dead of a burst ventricle from his enlarged heart, or something.

If anyone could have benefited from the power to shapeshift into another person, it's this poor fellow. In real life, his death would probably lead to FDA bans on all "superpower-enhancing chemicals," setting superscience back decades.

Being able to hit a target with dead accuracy is an impressive mortal power wielded by few. Although at least three different comic book characters seem to be able to shoot with deadly aim. We always wanted a Space Jam-like crossover where all these sureshots formed their own basketball team.

However, there's one place where accuracy won't help you one bit, and that is where your enemy is standing behind a wall. All the hard work in the lab developing wall-piercing bullets is for naught if you can't see the thing or person at which you are shooting. Give them all X-ray vision. Then they could do trick assassination shots, like killing three people in three different buildings with one shot. 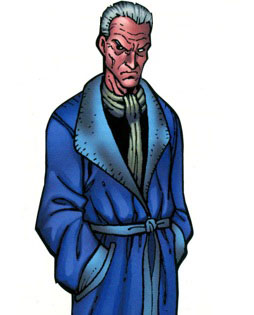 As the old saying goes, "Those who can ... do. Those who can't ... spend all day fixing up supervillains." If our job involved meeting with beings more evolved than us and helping them be even more super, the jealousy would burn a hole in us like a cigarette in a mattress.

Justin Hammer helped supervillain after supervillain gain powers, supe up their costume and (we assume) work on cool catch phrases. Wouldn't it be nice for him to be able to absorb the powers of those he assists? Then maybe he wouldn't be so bitter and evil (of course, by this logic, we should give all prisoners jetpacks). 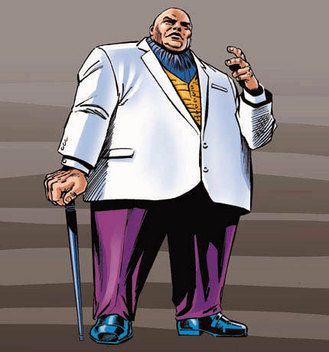 Some abilities just aren't that believable without superpowers. The ruthless gang leader had training in sumo and a bear-hug finishing move. How is that going to stop a superhero? Kingpin is another one of those characters we almost want to root for because they are fistfighting in a world of superhero nemeses.

How about solving the problem by giving Kingpin mass manipulation? He would be able to increase his weight to infinite mass—that would make his sumo able to destroy entire planets! If police ever tried to arrest him, he could just lie on the floor and weigh a million kilos. 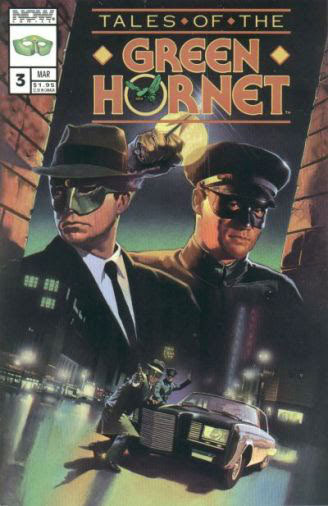 We're not sure whether the Green Hornet should get this power or Kato should get it.
But, regardless, Kato needed way more lines. As impressive as he was to watch, it
was tough for writers to build deep subplots based entirely on kicking someone in
the face.

What if Kato's English, which was already pretty good, came flowing out in a native,
news reporter style? He could've starred in his own comic, maybe even an American TV
series. We might've had dozens more episodes of masked Kato's fists whirring around
the room. Now that we think of it, there are a lot of plots which can be based upon
that.

We're not trying to say that powerless comic book characters need powers. In fact,
their resourcefulness is an inspiration to comic book store patrons everywhere.
But in an alternate universe, these illustrated celebrities might have ended up
with a complimentary superpower that took their abilities into the stratosphere.