'Tis the season to look ahead and see what's in store for movie lovers in the coming year. And it's a good one, filled with superheroes, aliens, wizards, J.J. Abrams, Steven Spielberg and, yes, Muppets.

Why was Cowboys & Aliens such a flop? Favreau blames bacon sundaes
Harrison Ford's 1st reaction to Cowboys script? 'I don't get it.'

What would it really feel like if humanity were attacked by aliens from above? Well, given that any intelligence advanced enough to conquer the myriad problems posed by interstellar space travel would also be smart enough to wipe us out without pulling a muscle ... not this. But it looks entertaining nevertheless. 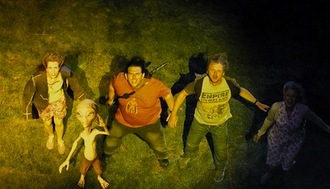 Because sometimes E.T. would want to get stoned, dance like an Okie in Jamaica and show you his naked Reese's Pieces.

Zack Snyder's fever dream of a film seems to be about a quintet of girls in a mental institution or a bordello or a fantasy battlescape. Or all three. Doesn't really matter, as we'll see anything Snyder directs. Our eyes like candy almost as much as our stomachs. 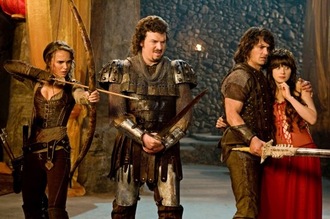 Some people's mileage may vary when it comes to Danny McBride—he of Eastbound and Down and Pineapple Express fame—but we are more than happy to strap in for a sword-and-sorcery spoof with Portman rocking a mean bow. 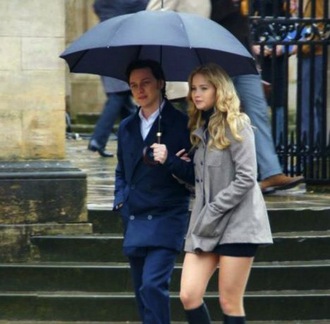 Of all the Marvel movies coming out this summer—which include Thor (May 6) and Captain America: The First Avenger (July 22)—this reboot is the most curious, and feels the most intriguing. Directed by Kick-Ass' Matthew Vaughn, starring two incredibly fine young actors, this film attempts to reclaim Marvel's merry mutants from the gaping maw of Brett Ratner's X-Men: The Last Stand while telling us where things went wrong between Charles Xavier and Erik Lensherr and how the X-Men got their start.

Maybe it's about a beastie bound for Area 51 that gets loose in a small town. Maybe it's about a flock of kids who really like amateur filmmaking. The standard-issue J.J. Abrams veil of secrecy is in full effect. We can't wait until it lifts.

Here's where Warner Brothers sees if it can pull an Iron Man and make one of its second-tier heroes a bona-fide movie star. There are a lot of heroes in the DC stable, and if Ryan Reynolds can bring the hero with the cosmic bling across the finish line, maybe the floodgates will open. 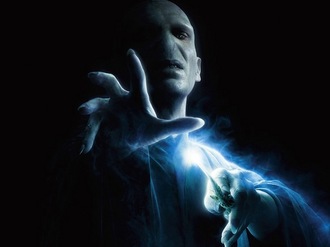 I'm pretty sure you know what this one's all about. The end of the line. The last hurrah for the Three Amigos and Voldemort. 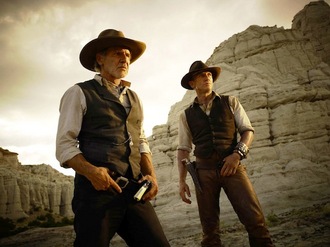 James Bond as the Man With No Name, Indiana Jones as the Villain, and that Hot Girl from Tron: Legacy as, er, the Hot Girl in the Old West? Plus, aliens? Sold. 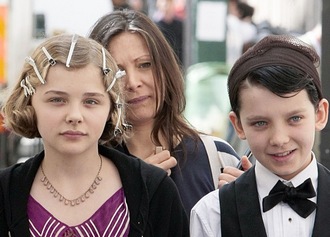 Martin Scorsese is, perhaps, one of the top five directors ever to operate a movie camera. Even his minor works—Bringing Out the Dead, Shutter Island—are impeccably made films. And his classics continue to endure. So for him to adapt Brian Selznick's award-winning young-adult fantasy novel—about a Parisian orphan who lives in a train station and crosses paths with mysterious little girls, magical clockwork people and glacial toymakers—is a chance to see a master stretch.

THE ADVENTURES OF TINTIN: SECRET OF THE UNICORN

Steven Spielberg directing his first CG film. Doctor Who's Steven Moffat writing, based on Herge's beloved comic strip. Peter Jackson producing, to take a turn behind the camera for the sequel. Yeah, okay.

THE GREATEST MUPPET MOVIE EVER MADE 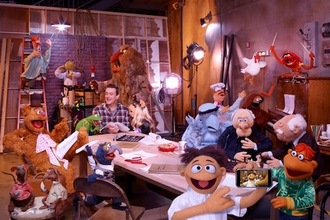 I know what you're thinking: This isn't fantasy or science fiction, it's a puppet movie. Ah, yes, but remember—they're not puppets, they're monsters. Cuddly monsters, sure, who just want to save their theater so they can put on a show, but monsters nevertheless. And to see a new Muppet movie written by Jason Segel, who lent such heart to the Dracula puppet musical within Forgetting Sarah Marshall, well, it just warms our cold, cold hearts.