That's some impressive motion-capture CGI in the new Rise of the Planet of the Apes movie. But in the days before CGI, and before the technologically advanced ape suits Rick Baker produced for such films as Greystoke andGorillas in the Mist, many movie apes were played by "gorilla men"—specialists who owned their own ape suits and could be counted on to suit up for a paycheck.

The results were not, shall we say, always persuasive. There have been so many ape suit appearances over the decades that there's absolutely no chance of this coming even close to being an exhaustive list, or even a thorough one. In fact, we can virtually guarantee, going in, that your favorite lame movie gorilla has been left out.

22 classic horror films you can watch online for free RIGHT NOW
There is still no better or more important Dracula than the original, Bela Lugosi

Consider this just a taste of what used to be the state of the art. 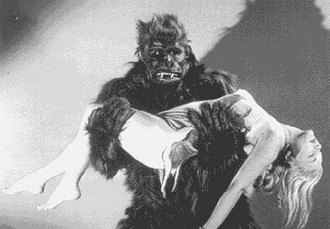 A witch doctor's curse nightly turns Raymond Burr into a gorilla. We are not entirely sure whether this is him in or out of the suit. 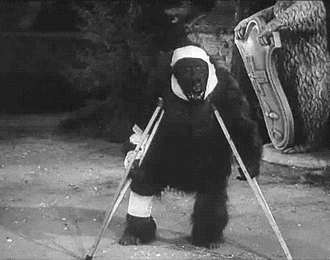 Only Laurel and Hardy could possibly contrive to meet a gorilla while crossing the Alps. Their first encounter ends with it falling into a ravine, but it later returns, looking as it does above. 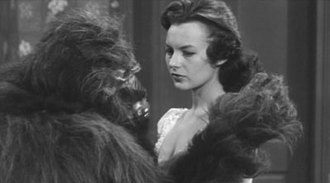 Laura Fuller discovers under hypnosis that, in a previous life, she was queen of the gorillas. This, we're told, is why she loves angora sweaters, and why gorillas are so oddly attracted to her (and vice versa). The sweaters are a dead giveaway: This is based on a screenplay by none other than the immortal Edward D. Wood Jr. 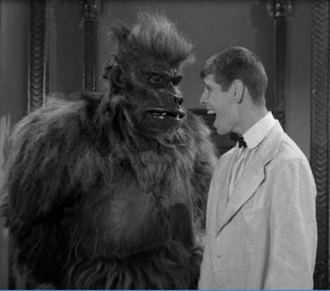 Duke Mitchell and Sammy Petrillo were guys of minimal appeal who enjoyed a brief film career vaguely reminding people of the then-hot comedy team of Dean Martin and Jerry Lewis. (That was actually their gig: being just like other guys who were around at the same time, only not even remotely as good). Here they went for a bad movie trifecta, performing their usual charisma-deprived awfulness in a film directed by the famously awful movie director William "One-Shot" Beaudine that also starred a guy who spent this decade reduced to working with Ed Wood. As a bonus, there's the movie's truly terrible gorilla. 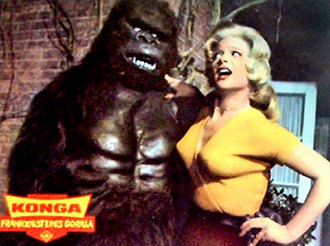 A wacky serum not only transforms a chimpanzee into a gorilla—thus establishing that for the moviemakers, these are two names for the same species—but causes it to grow to monstrous proportions. That is definitely a guy in an ape suit. Definitely. There are more impressive special effects in that actress' bra. 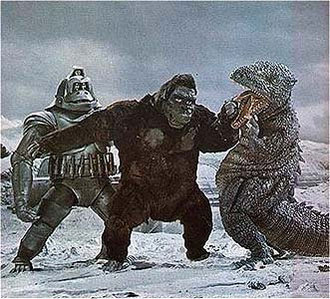 In between the Merian C. Cooper and Dino De Laurentiis versions, the famous ape supported himself making films in Japan. He considers that entire era a deep embarrassment now. Look at those eyes. 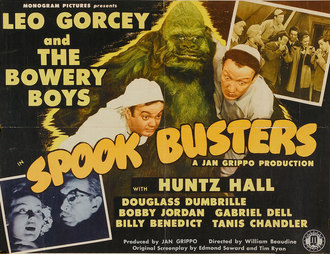 Where Laurel and Hardy and a pair of second-rate Martin and Lewis imitators went, can you blame the Bowery Boys for going? Hell, yeah. Another mad scientist, another gorilla. The apes are probably sold in mass quantities by mad scientist supply houses. Note how this one looks a little shopworn, a little like his life as an experimental animal has aged him prematurely. 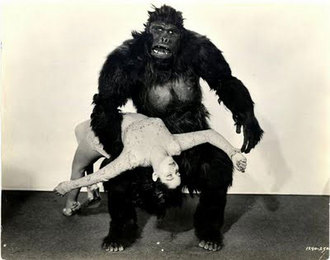 This time, the transformation turns a wild gorilla into a sultry young woman who, alas, starts turning back into an ape again. 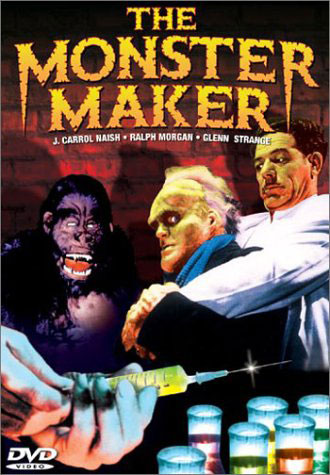 More mad scientist wackiness, that just happens to include a man in a gorilla suit. It happens to be one of the worst, most moth-eaten gorilla suits we've ever seen. He seems less a threatening beast and more guy trying to imitate Kramer from Seinfeld. 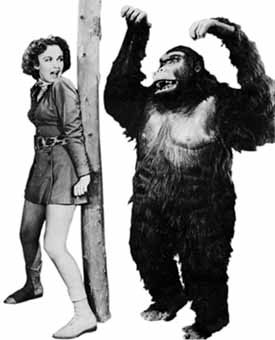 Nyoka is not a brand of digital camera, but a Jungle Girl. That gorilla threatening her in this image is certainly, absolutely not, a guy who later took off the suit, went home, put up his feet, and had a beer. 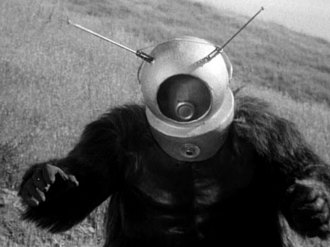 How could we not include this one? As a gorilla suit, it's saggy and thoroughly average, but up to the z-movie standards of the day. As a robot suit, it's jaw-dropping.