Regardless of what you thought about the winners, the losers or the relative quality of the show itself, the 2011 Oscars did, in fact, happen. While this year's big sci-fi hope, Inception, didn't do as well as we'd have liked, there were still things to please—or infuriate—sci-fi fans. 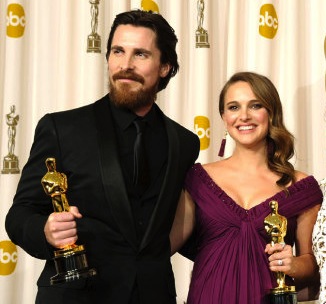 Christian Bale explains why he turned down the offer to make a fourth Dark Knight film
Book vs. Flick: American Psycho

Just so we're all clear: We're not going to include Padme Amidala in this statement. 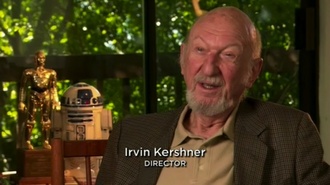 It's always nice to see the Academy remember sci-fi filmmakers like The Empire Strikes Back's Kershner.

Corey Haim, however, left out of the In Memoriam 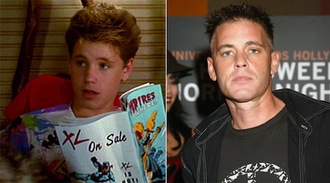 But every now and again the Academy makes a gross oversight. Yes, Haim might have led a less than ideal life, complete with addictions, poor choices and worse films. But he was also in The Lost Boys, Lucas and Silver Bullet—a trifecta that should've guaranteed his inclusion. 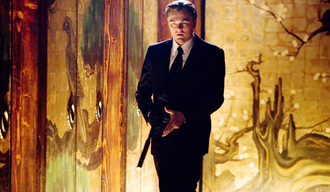 Really, the only way to deal with Taylor Lautner's chest is to sing about it.

Harking back to those terrific Oscar montage openings that Billy Crystal used to do, this year opened with Franco and Hathaway using some Inception dream tech to plunder Alec Baldwin's subconscious for tips. Now, how that led to a Back to the Future bit remains to be clear, but it was still pretty well done.

Rick Baker winning for The Wolfman 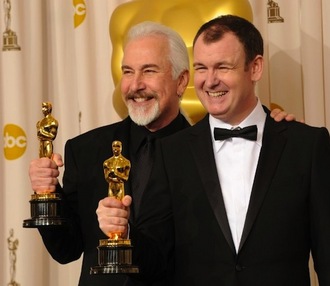 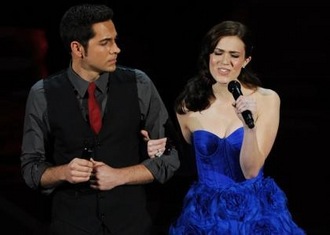 Who knew Chuck had such velvety pipes? Way to carry a tune, young man.

In an effort to make hosts James Franco and Anne Hathaway seem even less capable, the Oscars trotted out former host Billy Crystal, who then summoned the holographic image of Bob Hope—both of which killed. 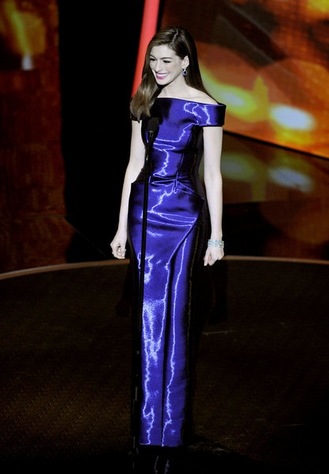 See, Tron: Legacy did make an appearance at this year's Oscars—even if it lost the one category it was nominated for, Sound Editing.

The Hugo and World Fantasy award-winning author scored with the adaptation of his 1999 children's book, The Lost Thing.