Tag: Back to the Future
Tag: Gift Guide
Tag: r2d2

Some people claim that in-laws are the toughest to buy gifts for. In reality, the most head-scratching holiday shopping hours are spent looking for presents for all those billionaires who inevitably dot everyone's shopping lists. If those billionaires happen to love sci-fi, then classic memorabilia can only mean so much. Eventually, they're going to want something new.

Here are 12 sci-fi-themed gift ideas for the one-percenter who already has everything in the known universe.

If not for Eddie Van Halen, Marty McFly wouldn't have existed at all
Doc Brown would be shocked by lightning 'superbolts' almost 100 times more powerful than 1.21 gigawatts 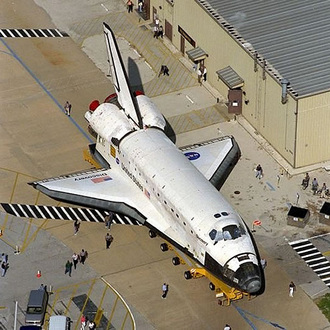 Perhaps the ultimate nostalgia piece for the affluent space plan, this 123-foot model of the Discovery space shuttle orbiter is spectacularly accurate. Originally a cool $2.2 million, their website has since jacked up the price by more than 50 percent. This may be the only gift that is better at being a spaceship than the box it came in. 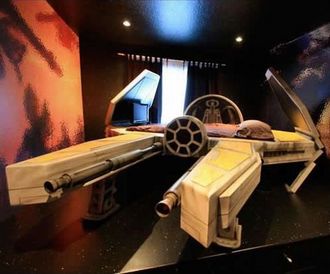 This bed looks great for giving any rich person's kid recurring alien nightmares. It can be made to fit any space—the designers of this custom bed work with their clients to make the exact type of spaceship art their kids can't live without. 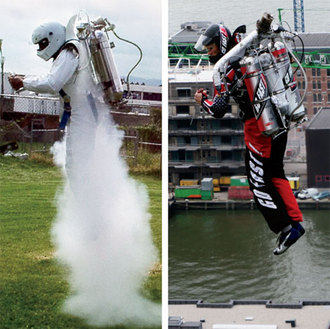 Advertising several different rocket engines to accommodate any pilot weight," this jetpack from Tecnologia Aeroespacial Mexicana will allow the lucky recipient to live out their dreams of flight. Provided, of course, their dreams last only about half a minute. 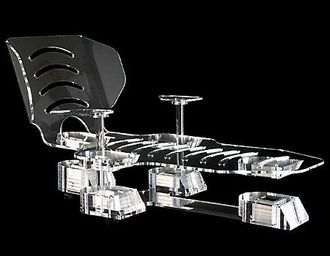 Claiming to be inspired by the landspeeder vehicles in Star Wars, inventor Keith Dixon developed an armchair that uses magnetic force to float. Powerful enough to support someone up to 250 pounds, the machine is purported to make its user float on gravity. However, according to its maker, there are some drawbacks. These include wiping the user's magnetic credit cards, messing with television picture quality and pacemaker interference. 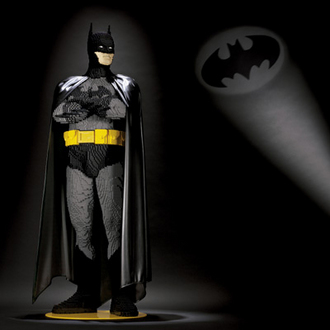 Standing 6.5 feet tall, this statue is sure to tower benevolently over any gathering. Hopefully the recipient's children can hold back their urge to punch him into pieces as in the LEGO Batman videogame. 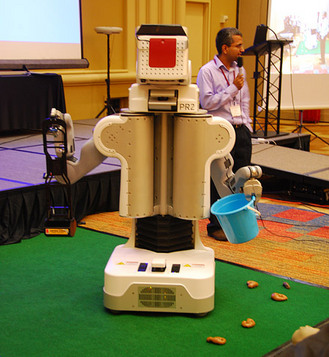 After decades of waiting, the answer to rich people's cyber fantasy has come true. The PR2 robot has been updated to have poop-scooping capabilities. According to their website, this made-to-order creation comes complete with "two arms + grippers." Pretty soon, mankind will no longer need toilets. 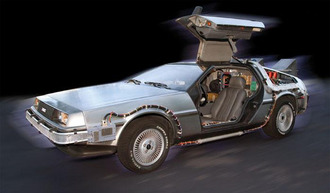 For those of you who dream of living in the world of Back to the Future, and have given up on developing a hoverboard, this DeLorean could be the ideal gift. It's a functioning car, so anyone who buys it can pretty much expect to get ticketed all the time for going over 88 miles per hour. 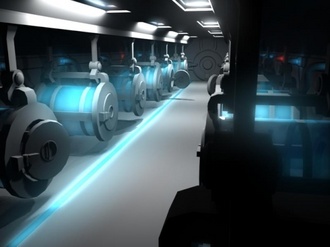 There might not be a better gift for the true fan of sci-fi. They get to see the future, and probably hang out with Ted Williams. If you don't have the scratch, you can always opt to freeze just their head. Although, watch out, the recipient may interpret this as you saying that they're fat. 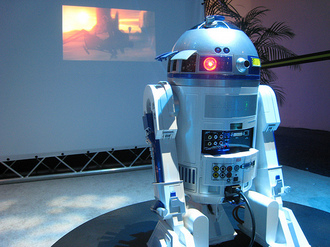 If your gift-giving list includes a billionaire who likes to project stuff on a screen, spring for this nifty projection device. It does not project Leia in 3-D, though. 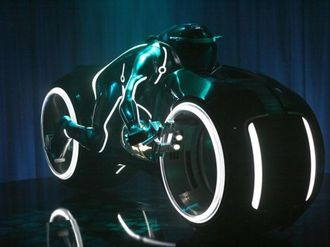 If you know someone who always wanted to drive the cycles from Tron to work, then this street-legal replica is the perfect present. If their job actually involves painting lines on the freeway, then there is no better gift. 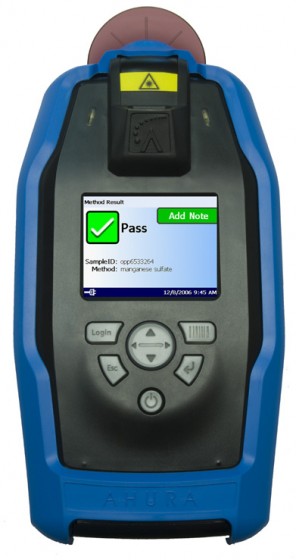 Billionaire Howard Hughes became cripplingly afraid of microscopic germs in the air. If only he had lived a half-century later, when we can simply wave a device to find out if the air is safe. When we all have to ship off to some faraway planet, the person who gets this gift will be the one who first gets to step on the planet and tell everyone if it's safe. Like when penguins crowd each other until one falls on the ice, except with technology. 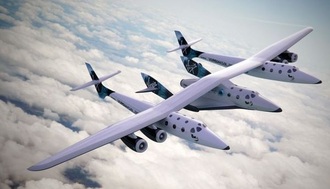 Richard Branson has lofty goals for this unique aircraft. It's designed for luxury tourists to go up to the edge of space. This is expected to provide several minutes of weightlessness. This unbelievably amazing tour isn't cheap, which guarantees that the person who gets this gift won't get stuck next to some riffraff.

Hopefully these will appease even the pickiest billionaire sci-fi aficionado. If not, you can always go with the old standby—a large warehouse in which they can swim in all their money.

Tag: Back to the Future
Tag: Gift Guide
Tag: r2d2