The recent deaths of multiple major Lost characters in a single submarine disaster had a lot of viewers gasping, "WTF!" But those were far from the first sci-fi, fantasy and horror deaths that came out of nowhere and left us reeling.

Before we find out who we might lose on tonight's episode of Lost, check out 12 more below!

Here's the version of James Cameron's 'Aliens' that you never saw
Astronomer: 6 reasons why aliens would NEVER invade Earth 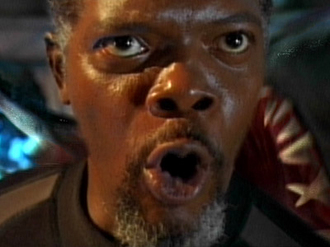 As Russell Franklin, the apparent lead character of this thriller about an attack by superintelligent sharks, Jackson arrests the panicked bickering of his fellow survivors with his angry tirade about sticking together in a crisis. His speech gives him a tragic backstory, a heroic aura and a clear role as leader. Too bad he's so busy chewing the scenery that the scenery has a chance to chew back. Whatever you think of the rest of the movie, this is one of the best WTF deaths of all time.

Ben pokes his head up at the wrong time (Night of the Living Dead, 1968) 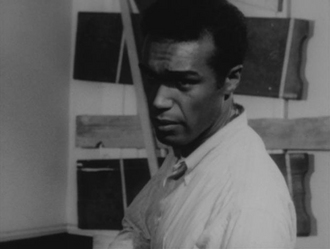 So's this. Barricaded in a rickety Pennsylvania farmhouse under siege by hordes of flesh-eating ghouls, Ben demonstrates courage, toughness and the will to survive. After the long night is over, he doesn't demonstrate the foresight to keep his head out of the gunsights of the local constabulary.

Captain Jack gets Ianto killed for no good reason (Torchwood: Children of Earth, 2009) 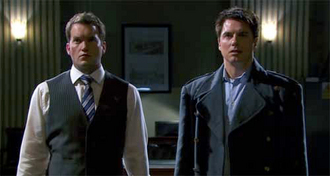 When confronting murderous aliens with designs on Earth's children, the indestructible Captain Jack Harkness makes two serious mistakes: a) not really having a plan and b) taking his less-than-indestructible colleague and lover Ianto along. Whoops. 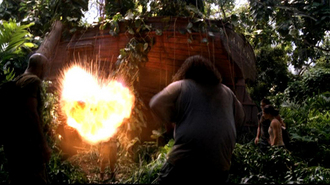 A note to everybody who begins their comments with "You forgot..."—if we start listing all the unexpected WTF deaths on Lost, we'll not only exceed the rest of this list but run out of space on the Internet. Let's just assume all the others as given and pay special tribute to this one, the unfortunate case of the guy who's so busy lecturing his fellow castaways about the proper way to handle dynamite that he ends up decorating about an acre of rain forest.

Joyce Summers is not just sleeping (Buffy the Vampire Slayer, "The Body") 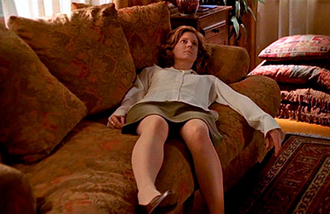 Buffy's hometown is regularly terrorized by vampires, demons, murderous preachers and things that defy easy categorization. How shocking it was for the Slayer, and for the viewers, when she found her mother lying dead of a simple aneurysm. There's nothing to stake and nothing to kick. It just happens, that's all. This is not the only WTF death Buffy gave us; Tara's death by stray gunfire in the season-six episode "Seeing Red" is almost as shocking, because it's almost as arbitrary.

Sometimes the hero doesn't get a chance to do anything but die (Feast, 2005) 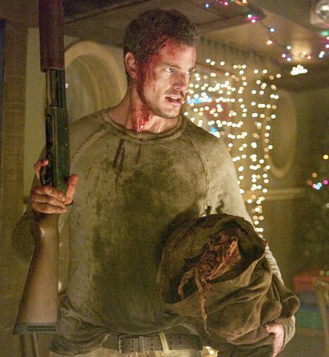 A guy who kinda looks like Bruce Campbell and therefore seems about to become the star of this horror movie bursts into an isolated bar carrying a shotgun and warning the patrons of the deadly monsters heading their way. Asked who he is, he snarls, "I'm the guy that's gonna save your ass." About one millisecond later, he's dead. Time for Plan B. 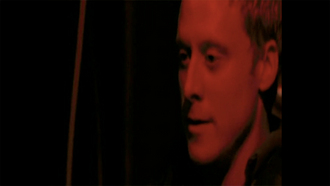 Wash the pilot proves his mettle by guiding the beleaguered little vessel through heavy fire to a spectacular, but successful, crash landing. It is probably his finest moment. It is certainly his last; a spear weapon fired by reavers impales him through the chest about one second later. 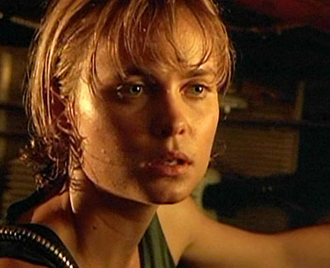 The sad thing is, you don't even remember her name. Who's Carolyn Fry? After a furious battle to escape the alien monsters of a planet cursed by an ecosystem that fails to make a lick of visible sense, the tough and resourceful lady of that name barely manages to get the wounded outcast Riddick to his feet before one of the beasties impales her from behind and flies off with her. She gets killed and Riddick gets a sequel. Thanks, lady.

Alas, Spock does not quite succeed in rescuing his mom (see the pattern?) (Star Trek, 2009) 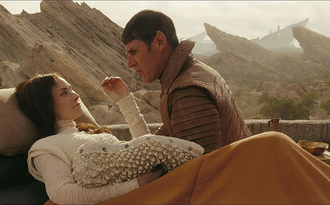 Spock had a bit of a WTF death himself, in Star Trek II: The Wrath of Khan (1982), but that was preceded by plenty of warning and came complete with an escape clause (literally) the size of a planet. There's no such comfort in the big-budget reboot, when Spock races down to the surface of the disintegrating planet Vulcan and misses preventing his mother's demise by about a heartbeat.

Warrior Woman fails to live happily ever after (Mad Max 2 aka The Road Warrior, 1981) 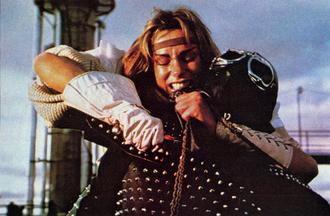 The second she shows tenderness toward Mel Gibson's Mad Max, almost everybody in theaters expected a romance of some sort to follow. When she dies suddenly during the climactic chase, a million audience members gasped, "B-but that's not supposed to happen!"

Rachel Dawes gets blown up real good (The Dark Knight, 2008) 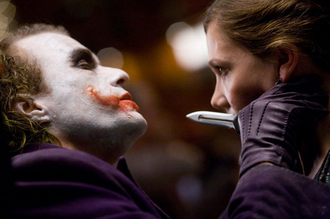 Rachel Dawes, beloved of both Bruce Wayne and Harvey Dent, is one of two captives strapped to explosives by the Joker. As Batman and Jim Gordon rush to the rescue, the usual modus operandi of superhero films assures us that both Rachel and the other captive, her fiancé Harvey, will be rescued in time. In The Dark Knight, this turns out to be only about 25 percent true. 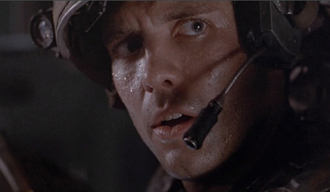 Poor Ellen Ripley spends much of the far superior predecessor, Aliens (1986), bonding with, and ultimately rescuing, the plucky little girl Newt. She also gets Cpl. Dwayne Hicks, a nice guy who happens to be sweet on her, in the bargain. Six years later our time, she wakes from suspended animation to discover that a fire in the cryogenic chamber killed both members of her new surrogate family while she was sleeping. For many admirers of this previous film, this was not just a WTF but a "How Could You Even Dare?" (Meanwhile, Jones the Cat is still home, waiting for his next bowl of Friskies.)