12 sci-fi sidekicks who are more interesting than their partners

Sci-fi is filled with dynamic duos and famous teams. The leader usually gets all the glory, while the sidekick's just along for the ride. But not this time. They've played second fiddle long enough!

We've found 12 right-hand men (and women) whose journeys, quirks and overall awesomeness make them a lot more interesting than their bosses.

(And if you're wondering why your favorite sidekick is missing, it's probably because their boss is really, REALLY awesome. Poor Robin never stood a chance.) 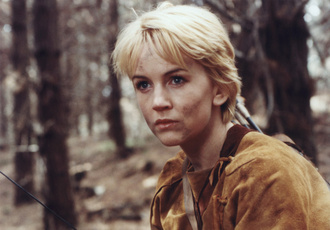 Sidekick to: Xena the Warrior Princess

Why She's More Interesting: Over the course of six seasons, Gabrielle went from an annoying farm girl to a certified ass-kicker. She became proficient in hand-to-hand combat, the fighting staff and Sais, and she knew her way around a sword. One of the coolest parts of the show was watching her consistently evolve. She literally went from zero to hero in front of our eyes. Plus, Gabrielle had one thing Xena never did—a shrinking costume. As her skills got better, her costume miraculously got smaller. Coincidence? We think not! 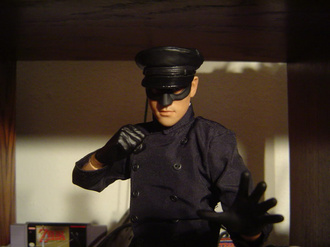 Sidekick to: The Green Hornet

Why He's More Interesting: This selection is pretty self-explanatory. Britt Reid may have the money, but Kato has the power—of the fist! Not only is he a better fighter than his boss, but he's also a great mechanic and an awesome driver. Despite his sidekick status, Kato is definitely the bigger draw between the two. 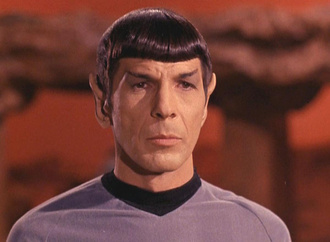 Why He's More Interesting: There have been many "number twos" in the Star Trek universe, but none as famous as Spock. He was the originator. He's the half-human, half-Vulcan who brought us wonderful things like the Vulcan nerve pinch, the mind meld and the death grip. How could we live without those? Plus, his logical thought patterns served as a perfect foil to Kirk's knee-jerk reactions. 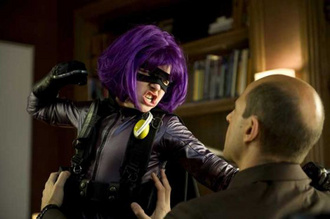 Sidekick to: Big Daddy and Kick-Ass

Why She's More Interesting: What's not to love about a prepubescent kid who knows her way around knives and automatic weapons? Hit Girl has the bravery of a soldier, the mind of an adult and the mouth of a sailor. Kick-Ass may be the headliner, but when it comes to actual crime fighting, Hit Girl is on a whole other level. 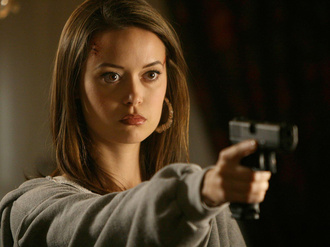 Sidekick to: Sarah and John Connor

Why She's More Interesting: Cameron's played by Summer Glau, who also starred as River Tam on Firefly. That automatically puts her in a fanboy league of her own. What makes Cameron stand out is her creepy ability to act borderline human. You never really know what's going on inside her chip. She may have been programmed to protect John Connor, but it always seemed like something else was going on between those two. 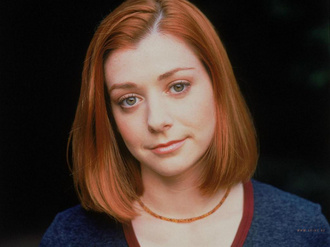 Why She's More Interesting: During the run of Buffy the Vampire Slayer, Willow went from obsessing over Xander to dating a werewolf (Oz) to falling in love with a witch (Tara) and becoming a serious practitioner of magic. Besides all that, her evolution gave us one of the coolest villains—Dark Willow. She was a force to be reckoned with. We sort of enjoyed seeing her throw Buffy around like an old rag doll. Who knew Willow had it in her? 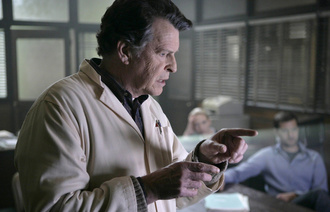 Why He's More Interesting: If you watch Fringe, you already know that Walter Bishop is the man! Olivia is the group leader, but when it comes to actual Fringe science, he wrote the book—literally. Even though William Bell removed portions of his brain, Walter is still smarter than any other member of his team. He also consistently delivers the funniest one-liners on the show, which fans affectionately call "Walterisms." 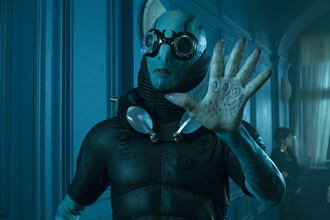 Why He's More Interesting: Abe Sapien is a direct contrast to Hellboy. Not just mentally, but physically and personality-wise. At first glance, his jellyfish face might be a turnoff, but he somehow sucks you in. Hellboy may be brawny and hilarious, but Abe is highly perceptive, highly intelligent and can live underwater. You never know when a skill like that will come in handy!

Sidekick to: Neo and Morpheus

Why She's More Interesting: When it came to finding the One, Trinity was an instrumental part of the plan. She's the walking embodiment of the phrase "Behind every great man, there's a great woman." While Neo was being molded and schooled, she was kicking ass and taking names. She's a highly trained fighter whose skills have yet to be matched by any other woman in sci-fi. 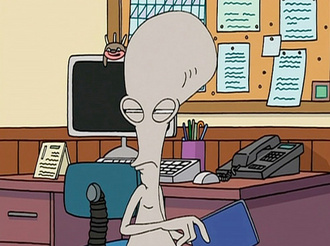 Sidekick to: The Smith Family

Why He's More Interesting: Let's be honest—Roger is to American Dad what Stewie is to Family Guy. He's a supporting character who somehow steals every scene he's in. Not only is he an alien, but he's a functioning alcoholic, with multiple identities, who's loose below the belt. Seriously, he'll hook up with anyone. Just ask Steve's friend Snot. 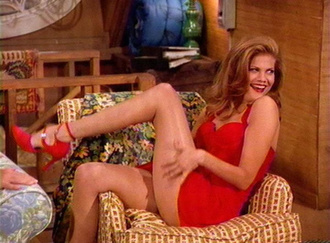 Why She's More Interesting: Sally was originally a military specialist and Dick Solomon's lieutenant on their home planet. But when they came to Earth, she was more than a little upset when she was given a woman's body. She noticed that all of her masculine characteristics clashed with the sex she'd been assigned. Watching her struggle to tone down her behavior produced some of the funniest moments on 3rd Rock From the Sun. Sally's earliest attempts at dating were comedic gold. 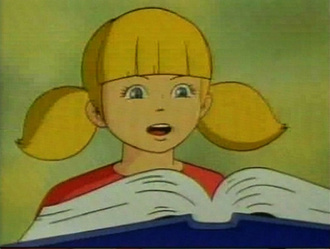 Why She's More Interesting: This is an oldie but a goodie. Even as a kid, it was blatantly obvious that Penny ran the show when it came to her uncle and his assignments. She was definitely smarter than the average child, and to say she helped Inspector Gadget solve his cases would be an understatement. Penny made sure stuff got done.