It's been three long months since the last original episode of The Event, NBC's complex conspiracy theory series that involves aliens (well, maybe they're aliens), a decades-old government coverup and a mysterious event in the future that will affect the world.

The series returns for a two-hour midseason premiere on Monday, March 7, at 8 p.m.

While you can watch all 10 episodes on NBC's website to get caught up, here's our cheat sheet on The Event's players and what's happened to them so far.

President Martinez (Blair Underwood) discovers the existence of a mysterious alien group of detainees who've been held captive at Mount Inostranka by the U.S. government for decades after their ship crashed in the 1940s, so he decides to release them. However, when a passenger plane nearly crashes into Martinez and the leader of the group, Sophia (Laura Innes), in an assassination attempt before literally disappearing before his eyes, he quickly learns that Sophia hasn't been entirely forthcoming to him.

Sophia Maguire and her son, Thomas

As President Martinez begins to play hardball in trying to get Sophia to talk, her son, Thomas, uses the passengers on the plane that was involved in the assassination attempt to force the president to release her. While they appear dead at first, the passengers revive, but they quickly come down with a mysterious illness that Thomas has somehow inflicted on them. President Martinez releases Sophia in an attempt to capture Thomas, but they both escape. 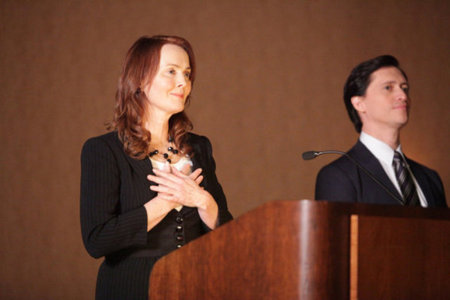 The aliens, if that's what they really are

After the crash in the 1940s, Sophia stayed with her injured people, while the others went off to blend into the population as sleepers. While Sophia and her people were captured by the U.S. government and held in Mount Inostranka, Thomas worked toward pushing technological advancement along for the human race, so they could get the technology they needed to get back home. Sleepers like Simon Lee eventually took key positions, and he became a CIA operative, allowing him to became Sophia's right-hand man on the outside of Mount Inostranka while she was held captive.

What we know about the aliens is that they don't age and they can be detected by a blood test. They also are not willing to let humans in on where they are from or why they've come to Earth. And they have a plan.

The young couple have been through the wringer, with Leila (Sarah Roemer) being kidnapped by an assassin named Vicky Roberts (Taylor Cole). Sean (Jason Ritter) was able to save Leila finally, and the two have been searching for Leila's young sister Samantha. What they discover in their search is that Leila's father may just be an alien, which might mean that Leila and Samantha are hybrids. 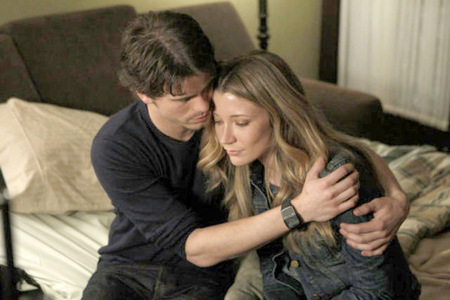 After his wife is murdered and his daughters are kidnapped, Michael Buchanan (Scott Patterson), a commercial pilot, is coerced into attempting to crash his jet into President Elias Martinez (Blair Underwood) in an assassination attempt, to keep him from announcing the existence of the detainees at Mount Inostranka. However, the jet and everyone aboard is mysteriously transported across the country.

After being kidnapped, the child finds herself being held with others who appear to be old women. However, they are really children like herself who are being experimented on.

After trying to kill his mother and failing, Thomas (Clifton Collins Jr.) and his lover, Isabel (Necar Zadegan), appeared to make peace with Sophia. However, when Sophia realizes they are lying, the couple run off and set in motion a plan, with Thomas telling Isabel, "You realize how many people will die." While the president and his people believe Thomas is trying to launch a missile, instead he launches a satellite and sends a message into space. 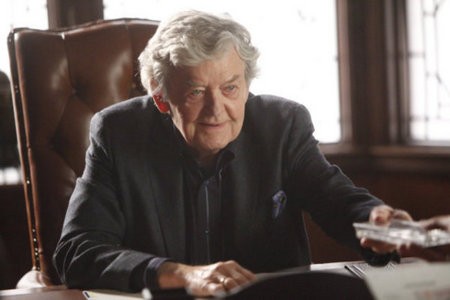 Proven to be involved in the assassination attempt on the president, Jarvis is really under the control of James Dempsey (Hal Holbrook). The mysterious Dempsey seems to be the key person behind the conspiracy. He's calling the shots when it comes to the assassination attempt, to the kidnapping of Leila and her sister, Samantha, and to the medical experiments on the children. And in one spooky moment, he appeared to turn young.

Vicky and Carter (D.B. Sweeney) are James Dempsey's muscle, and they do his bidding. However, Vicky has a secret son, and after Sean threatens to expose her secret she helps Sean and Leila get away from her own people. And when Dempsey orders the vice president murdered, she saves him in an effort to get him to expose her boss to the president. However, Dempsey threatens Jarvis's family and Jarvis refuses to tell the president who was behind the assassination attempt. 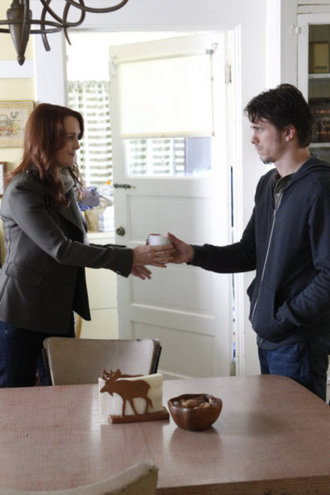 While the series began last fall stuffed with multiple flashbacks, the producers are promising that flashbacks (for the most part) will be a thing of the past.

There is one coming, and the show's executive producers have promised that there will be an event by the end of the season. However, there may also be more than one event, should the series go more than one season. 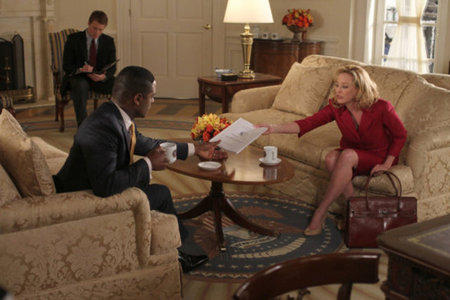 And it's all starting to come together

With Sean and Leila finally learning that aliens are somehow involved, and that her father might just be an alien, the various threads of the story seem to be converging.

What is the message that Thomas sends into space? And what will happen when the message reaches whoever he's trying to reach?

Where are Sophia and the others really from, and what do they want? And what were they doing when they crashed?

What's up with the wormhole thingy that transports planes and people instantly from one place to another?

While James Dempsey appears to be after the creation of some sort of youth serum, why would the experiments on the children make them age?

And beyond that, what's Dempsey's real story? Why try to kill the president to keep the detainees trapped in Mount Inostranka?

Will Sean and Leila save Samantha?

What will Sophia do to Thomas and Isabel when she catches them?

Will President Martinez ever be able to figure out what's really going on in time to save all those people Thomas said would die?

What is the Event?

And finally, will The Event survive that three-month break on NBC?