Dressing as your favorite sci-fi character shows commitment, but the truly devoted often get donned up as their favorite modes of transportation. Here, for the 23rd in our series of 31 posts for the 31 days of Halloween, are 12 wacky costumes based on legendary sci-fi ways to get around. 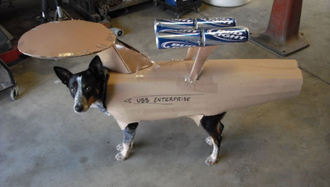 The most difficult part was probably putting the cardboard together while keeping the dog still and simultaneously shotgunning four cans of beer. If this thing has a rear propulsion system, they'll quickly be asked to leave the party. 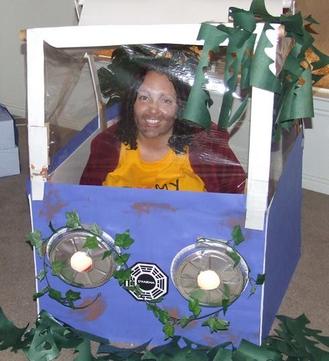 We're also going to assume she's got a skeleton in there, somewhere. Notice that the costume designer also took the time to dress up as shaggy-haired, bearded Hurley. That's devotion. The only way this person could have made a more devoted Lost costume is if she shaved her head and broke her spine to end up in a wheelchair. 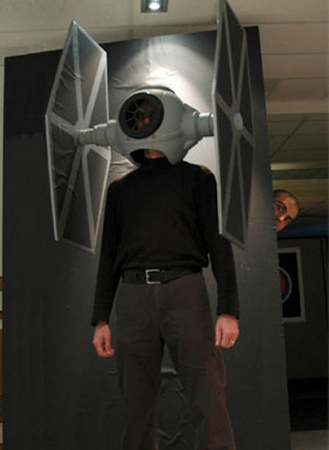 This still appears to have more cockpit room than a real TIE fighter. It's also quite interesting how this person obviously spent a great deal of time and care working on their costume, and then decided to thrown on any old brown-pants-and-black-turtleneck combo. Is it that hard to throw on a white bathrobe and call yourself a joyriding Jedi? At least wear a tie with more TIE fighters on it. 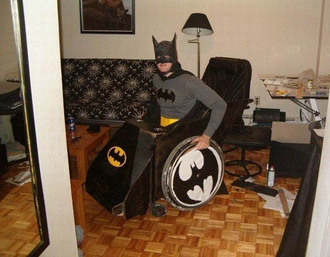 Even if Bane breaks his back, Batman still finds a way to kick butt. Who would win in a fight: Batman in a wheelchair or God? It's close from where we're sitting. Pay attention, Professor X, the bar has been raised. 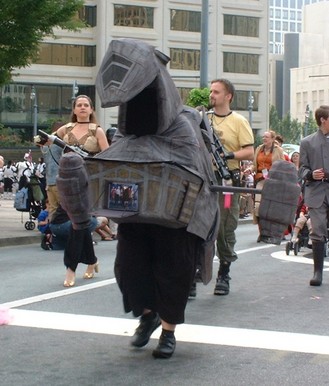 We are totally in support of people being comfortable with their body types. But if you're going to go to all the trouble to re-create a large spaceship, at least make it big enough that you can actually fit into it comfortably. With the legs sticking out of the bottom, it makes us wonder if this is how spaceships were piloted by the Flintstones. 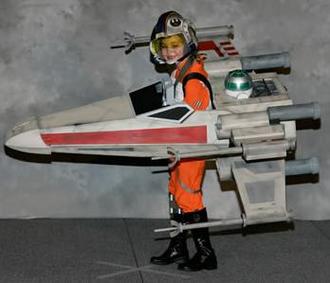 A great idea is to fill your small child with candy and sugar, then make sure he can't sit or run or stand next to anything. After you have sufficiently restricted his mobility, put him behind a yellow visor so he can't see well, either. Plus, it's fun to send him off trick-or-treating when the costume prevents him from getting close enough to ring doorbells or take candy. 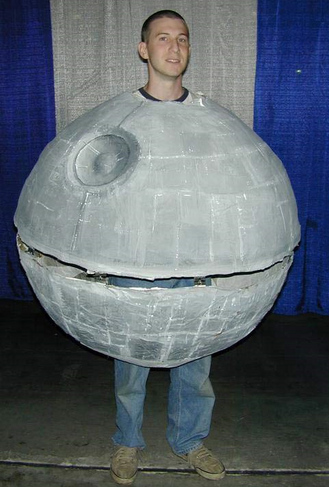 If this were a true facsimile of the Death Star, there would be an open vent in front of a secure area, most likely below the belt. But this DS has an even more glaring design flaw. Due to lack of arm holes, disabling it is simply a matter of pushing the wearer to the ground so he can't get up. It's unfortunate when good costume ideas are executed in such a way as to make the wearer feel like he's in stocks. 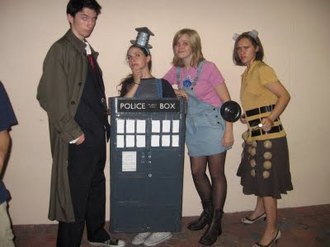 Technically, every time you're standing in a police box, you're wearing a TARDIS costume. As a matter of fact, if you don't have a cheeky gentleman dressed as the Doctor near you, you run a high chance that people will just think you dressed as a police box. It's important to let others know you are not a mere call station by saying things such as "Gee, this is such a good party, I hope I don't have to travel in time" or "Wow, the sofa in this police box is really comfortable!" 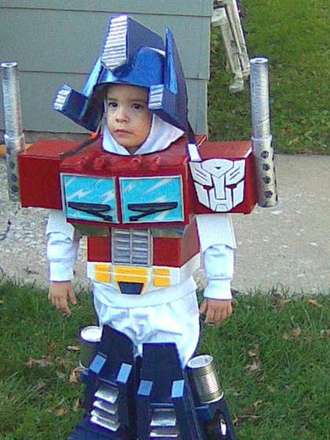 He's a vehicle, look it up. First of all, while this costume looks totally adorable on this boy, the positioning of the windshield wipers might make this an inappropriate costume for girls. Also, I hope this child was told that Transformers can transform but his costume can't. Otherwise, the kid is just going to wonder why he is dressed like Pablo Picasso's big rig. 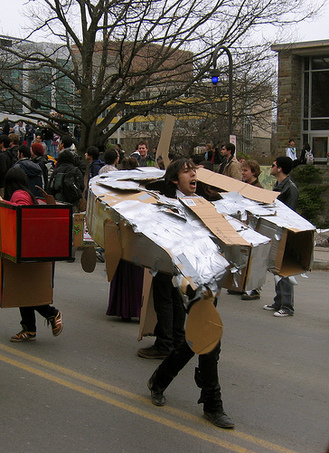 If there is a intergalactic regulatory commission that determines whether a ship is street legal, this thing wouldn't pass. This is probably how the Millennium Falcon looked in Han Solo's eyes. The rebel force is lucky there's no wind in outer space, or this thing might just blow apart. Next year, take the easy way out by growing a neckbeard and going as an Ewok. 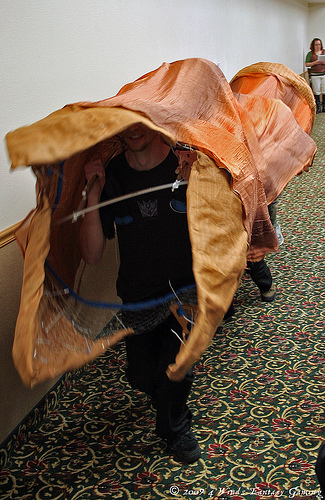 We have to say, we enjoy this costume a lot less after seeing the film The Human Centipede, but still it's really cool. Sure, you probably have to deal with a bunch of people pretending to take the Fremen test and jumping on top of you, but who cares? Also, this is probably not a good costume for Halloween parties, ("Bob? Oh, he's the rear of the worm. He's standing in the bathroom if you want to talk to him.") 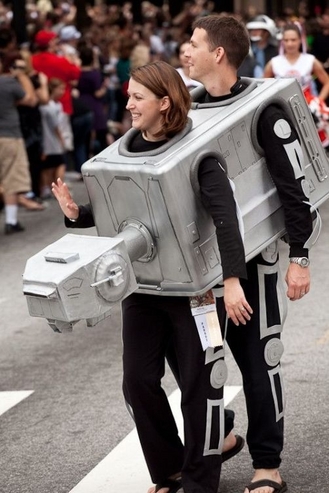 On the other hand, if you actually take the time to make your costume resemble the vehicle it's supposed to look like, cute women might get involved. Are the sandals supposed to represent something? Other than "We decided to make tandem walking even more difficult by wearing loose footwear?"

As you can see, sci-fi vehicles are sometimes good for a laugh, sometimes spectacular-looking, and always a way to increase costume fun yield. Plus, thinking outside the box is a great way for those who are stumped for costume ideas to come up with some last-minute heroics. Here's hoping you see your favorite vehicle as a costume this Halloween!