What do Jack Black, Jane Lynch and Carrie-Anne Moss have in common? They all starred in TV pilots that got snuffed out before they ever made it to the airwaves. Every year, the networks commission scores of TV shows that the public at large will never see. Here are some of the more noteworthy sci-fi outings that died a quick death.

We already told you about that CBS zombie show from in 2007—here are 13 more, with video links when available.

Hugo-winning author George R.R. Martin (A Song of Ice and Fire) wrote and produced this ABC pilot, which sent its main cast traveling through the titular doorways into parallel worlds. As the lore has it, ABC was torn between green-lighting Doorways or Lois & Clark. Clearly, they went for Superman. 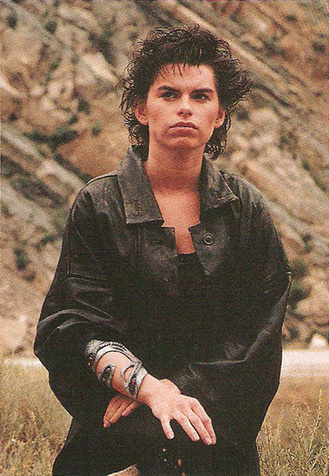 Directed by Ben Stiller, this camptastic adventure found Black playing Jack Austin, a former astronaut who draws superintelligence from the sun's rays, and Wilson voicing his talking motorcycle, Heat Vision. Yes, a talking motorcycle. Fox, amazingly, declined to pick this show up, but it's become a cult curiousity—one that's pretty readily found on the Internets. To wit:

When a Department of Energy experiment using "hot fusion" goes awry, it creates a time storm, which whips through the past, changing history. After anchoring a time tunnel in the present, the DOE sends a team through the tunnel to correct the damaged timelines. Fox declined to pick up this update of the 1966 Irwin Allen series, in favor of Firefly. For that, we should all be thankful.

You know the story: Three wronged women, all of whom have a talent for magic, summon the demonically delicious Darryl Van Horne—who seduces the trio and helps them unleash havoc on their small Rhode Island hamlet. John Updike's The Witches of Eastwick was adapted as the 1987 Jack Nicholson film, and three different pilots: The first in 1992, this one in 2002 and another in 2009—and that's the one that actually went to series. For this story, three is the magic number.

Before True Blood made them crazy-sexy-manic and Twilight made them sparkly, the BBC made vampires—and hunting them—an utterly modern affair. And then America got its hands on it. According to producer Howard Gordon: "Frankly, we screwed it up and it just didn't come out that well." And so Fox killed it. 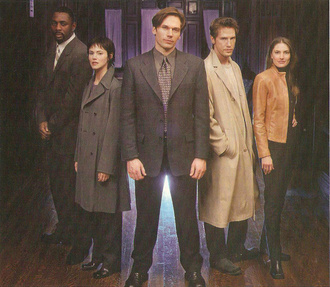 Taking place 25 years after the events of the original 1976 Sid and Marty Krofft show, this tragically unaired pilot for The WB portrayed Electra Woman as, to quote Wikipedia, "a disillusioned, bitter, sexually promiscuous alcoholic." See what I mean by tragic? I'd actually pay good money to see this.

If you can imagine a Justice League without Superman, Wonder Woman, or Batman; shot on a chintzy TV budget; and oddly preoccupied with the weather—the lead was a hot female meteorologist-turned-superhero, and the villain was called the Weatherman—then this is the debacle for you.

Created by Anne Rice, this New York City-set story of warring angels is, in her words, "about five very beautiful, good and potentially dangerous angels who work undercover as humans on a whole range of assignments that come to them through prayer. They work like the detectives in a virtual angel precinct house, and they have very close relationships with each other. They have all chosen their earth assignment, forfeiting their neuter gender and their complete recall of Heaven." At least, that was her intention. Best-laid plans went awry and NBC declined to pick it up.

Based on Warren Ellis' comic miniseries, this pilot took his idea of a sort of crowd-sourced team of crisis interventionists and oriented it around two main characters—Sean Flynn (Hopkins) and Dr. Katrina Finch (Jenni Baird)—who were sent on wantonly dangerous missions by the mysterious Miranda Zero (Forbes). A change of leadership at The WB doomed this pilot, though it's been pirated a lot.

Here's NBC's official press release for the show they declined to pick up: "Taking on the challenge of a classified mission in a top-secret location is hard enough. Throw in a dysfunctional crew that despises you and an alien that makes fun of you and you've got one bizarre challenge on your hands. So what if Colonel Steven Isaac's new career move turns out to be more punishment than promotion? He's ready for it. Foul extraterrestrial bodily emissions? No problem. Random objects falling from the sky? He's got it covered. Dirty looks and dirtier rumors? No worries. The laughs are all in a day's work in this unique comedy." Apparently we're not ready for a sci-fi comedy on network TV. Who knew? 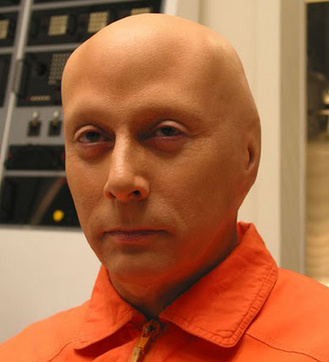 A remake of the 1966-1971 horror soap—centered around the vampire Barnabas Collins and the supernatural doings that seemed to emanate from the Collinswood Mansion—this was another failed attempt by The WB to tap into the geek audience they left behind when they let Buffy migrate to UPN and canceled Angel. 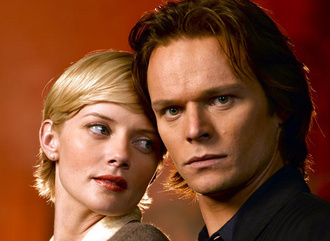 Gaia Moore was born without the ability to feel fear. And, somehow, her body compensates for this by giving her enhanced strength, senses and reflexes. So, naturally, she joins the FBI. But no one would get to see this, as The WB didn't buy it, both literally and figuratively.

Maybe there's such a thing as too British. The original U.K. version of this beloved space-based character comedy ran from 1988 to 1999. It spawned novels, radio shows, magazines and even a role-playing game. It could not, however, spawn an American version, even after NBC tried with two pilots.