Saddle up for 12 good, bad and ugly sci-fi/horror western movies

One of the major science fiction magazines used to run a back-cover ad explaining that they didn't want any "Bat Durstons"—that is, stories that were literally just westerns gimmicked up in SF clothing, that amounted to stories about how space marshal Bat Durston hopped up on his space horse and rode off to the space ranch to stop the space outlaws from rustling the space cows.

But science fiction and fantasy have had a long history of crossing over with westerns. This weekend's release of Cowboys & Aliens gives us a fine excuse to compile our own (certainly not meant to be exhaustive) list of previous films that melded the western form with the fantastic.

If not for Eddie Van Halen, Marty McFly wouldn't have existed at all
Lea Thompson hopes daughter (and dog?!) get a chance to go 'Back to The Future' in a musical movie adaptation 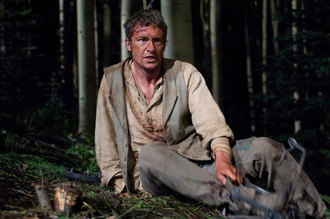 Underground monsters terrorize settlers, who all blame the Indians. This deliberately paced posse film keeps the monsters underground for as long as possible, to accentuate the tensions between the human beings, but it makes that work to its advantage. It's not great, but is an effective story of its kind. 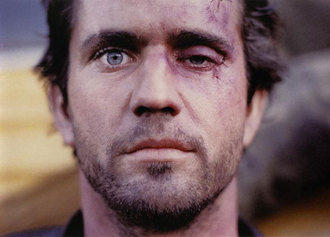 The desert fortress besieged by local savages and the one lone gunslinger who helps them, the final chase that is very much the wagon train fleeing an attack by hostile Native Americans, and the stark desert landscape, mark this classic as a western translated to a post-apocalyptic world. 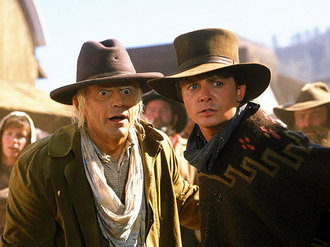 The time-traveling adventures of Marty McFly conclude with this entry trapping him in the Old West. The showdown is actually quite stirring. Mary Steenburgen, playing the love interest of Christopher Lloyd's "Doc" Brown, in one of two separate movies where her characters are swept off their feet by eccentric time travelers. It's a bit late, but anybody wanna make a third? 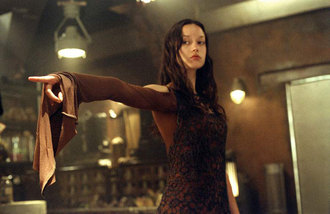 Joss Whedon's movie concluding the filmed adventures of Captain Mal Reynolds and his crew is, like the TV series that spawned it, a very knowing translation of western tropes and characterizations into science-fictional terms.

An unnamed stranger (Clint Eastwood) rides into the truly foul old west town, killing three local thugs and raping one woman within his first 10 minutes; and he's as close as the film comes to having a hero. It's on this list because it's one of the greatest westerns ever made, and because the film leads you to believe that the supernatural might be in play; he might be a murdered man, somehow returned to life to take vengeance on the town that wronged him. 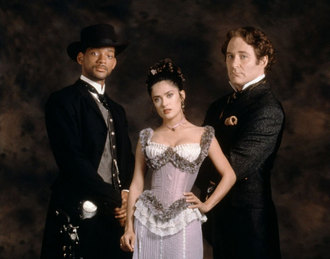 The movie version of the classic '60s TV show presents us with 107 minutes of headache-inducing noise, slapstick and stupidity, complete with a giant mechanical spider that, if Kevin Smith is to be believed, producer Jon Peters originally wanted as an opponent for Superman.

Timerider: The Adventure of Lyle Swann (1999) 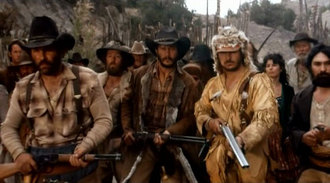 Produced by Monkee Michael Nesmith, and featuring a genuinely impressive cast, this not-entirely-unwatchable time-travel feature had the titular motorcyclist transported back to the days of the Old West and having a series of exploits involving gunslingers, posses and locals baffled by any of his references to modern technology—somehow without ever, even once, realizing that he's not in the 20th century anymore. We get that this is supposed to be part of the joke, but after a while you just want to slap him. 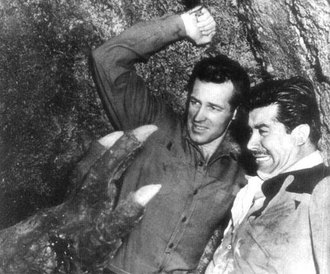 An Old West cowboy investigates his missing cattle and gradually—we stress that "gradually"—finds out that a rampaging dinosaur is involved. The western elements are effective enough, and the special effects are not bad for their time, but it takes forever for the other shoe to drop. If you know the dinosaur is coming, you'll go crazy waiting for it. 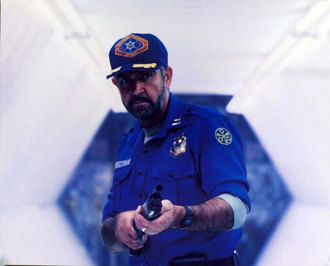 An unapologetic remake of the classic western High Noon, set at a mining colony on Io, Outland uses many of the genre's tropes in the service of a story that, really, doesn't bear even a moment's scrutiny. 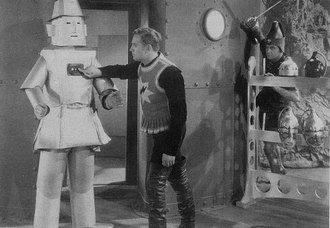 The famous singing cowboy Gene Autry runs a dude ranch that is threatened by the inhabitants of Murania, an advanced underground cardboard civilization that has been there since the last ice age. Autry may be the least likely screen legend ever to fight a science-fictional menace. The ultra-low-budget serial is a campy, guilty pleasure today. 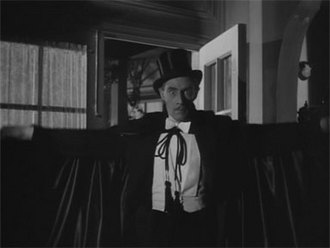 One of two gamey horror westerns directed by William "One Shot" Beaudine—so-named because he almost always printed the first take, even if the actors muffed their lines or the dead guy was lying there with a big broad grin on his face—this one pit the famous western gunslinger against the famous count, who in this film is so lame he can be knocked out by a gun thrown from a distance. "Beware, mortals, you cannot defeat the awesome power of Dracula! I—owww!" 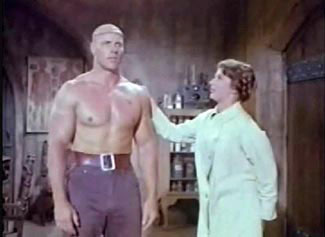 The other half of Beaudine's infamous double bill actually features Frankenstein's granddaughter undertaking her vile experiments on the plains. Actually worse than the Dracula outing, it probably earns the twin distinctions of being the worst Jesse James movie ever made and the worst Frankenstein movie ever made, which is, in both cases, saying a lot.