Good sci-fi takes us to the limits of our imaginations with exotic locations, characters and technologies. But sci-fi's creators sometimes take shortcuts—and we've noticed this is particularly true for drugs.

While not every pharmaceutical can be of Phillip K. Dick twistedness, a lot of sci-fi drugs are just ordinary drugs with extraordinary names—check out 13 we've spotted below.

20 gay characters we love from sci-fi movies and TV
Important Toy News: Heroes, horror, and Battlestar Galactica are the hottest in collectibles this week 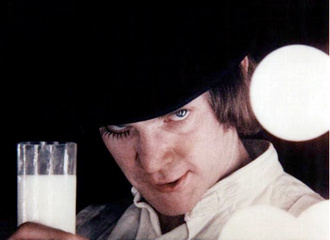 The Effects: This milk-spiker from A Clockwork Orange helps Alex and his friends go on psycho rampages through the city.

The Real Drug It Represents: PCP. The same drug that lets one go crazy-violent in Grand Theft Auto. According to popular interpretation, angel dust is the chemical that can make you go from painting synthetic mescaline rainbows on the wall to picking a fight with a tree. 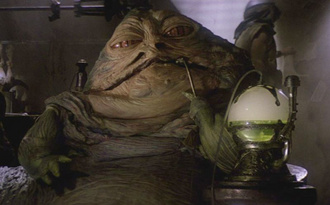 The Effects: Euphoria, relaxation, and a transformation into a huge lump of Jabba lard.

The Real Drug It Represents: Close call here. Seeing as how Jabba the Hutt sits around all day doing almost nothing, we were tempted to say "marijuana." But we reckon the crime lord would have made the switch to opium at some point, as he's got quite the dragon den set up. 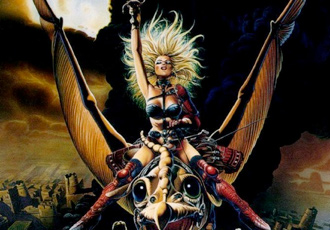 The Effects: You sit in a chair, stoned and lazy.

The Real Drug It Represents: Marijuana. The powder substance from Heavy Metal is snorted. But that's just a trick to make you think the goofy euphoric drug is anything but a copy of weed. Sneaky writers. 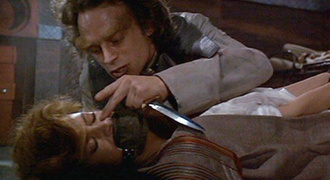 The Real Drug It Represents: Coffee. Replace "stained lips" with "stained teeth" and this Dune drink is a dead ringer. It's consumed by the supercomputing Mentats, which symbolizes a brutal world where computers constantly demand coffee to perform but then short out when you pour it in them. 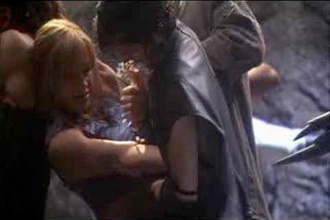 The Effects: Increased heart rate, reaction speed and reflexes are the benefits of this Stargate drug. Like when Pac-Man pops an energy pill after falling off the wagon.

The Real Drug It Represents: Epinephrine. The same stuff they put in those shots that people carry around for severe allergies. So people with seafood allergies have secret speed-fighting powers (we suspect a Navy conspiracy). 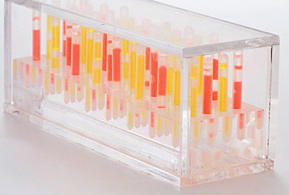 The Effects: Wild hallucinations, euphoria, loss of ambitions and/or life.

The Real Drug It Represents: Magic mushrooms. Death Sticks from Attack of the Clones are actually made from mushroom spores, although they look like cigarettes. This is perhaps another example of the "make it look like one drug, but have the effects of another" trick. 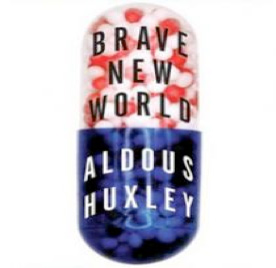 The Effects: Elation, especially toward obeying the government's strict will.

The Real Drug It Represents: Antidepressants. Brave New World's society-shaping drug kept citizens in line and docile. Soma salespeople would have made a killing in Stepford. 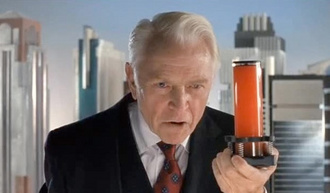 The Real Drug It Represents: Crack. Robocop 2 was about an urban center plagued by the new drug, Nuke. Although the film came out in 1990, years after the inner-city crack wave had taken hold, it nevertheless felt the need to heavy-handedly use this drug epidemic as a metaphor ... for a drug epidemic. 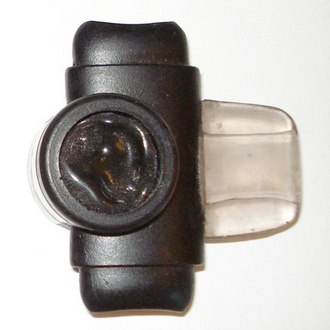 The Real Drug It Represents: Heroin. This one's easy—the substance that Tom Cruise enjoys in Minority Report is simply a futuristically-huffable form of heroin. It's even called "neuroin"—get it? Neuro + heroin. Apparently, the future doesn't hold anything but janky-looking paraphernalia. 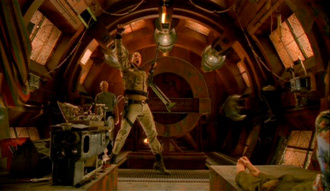 Effects: Subdued bodily processes that can cause the doser to appear dead.

The Real Drug It Represents: Tetrodotoxin. The infamous poison of the puffer fish, this toxin is used by voodoo shamans to induce a coma-like state and is likely the origin of the zombie legend. Actually, it might be even more effective than Firefly's byphodine, so sci-fi needs to get to work on making drugs that make life deader. 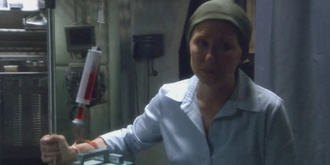 Effects: Reduction of certain tumors, side effects include hair loss and muscle degeneration. So, by deduction, it's really effective on hair tumors.

The Real Drug It Represents: Doxorubicin. It's interesting that the modern BSG included a strikingly similar drug to a real-world cancer fighter. It's also interesting that they chucked it in favor of settling with Earthling natives, thus dooming our species to a cycle of repetitive cancer research. 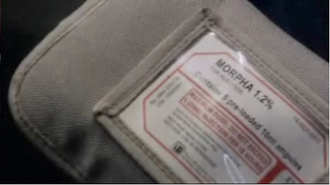 The Real Drug It Represents: Morphine. Not a lot of detective work needed here to figure out what BSG was trying to represent with Morpha. Our only lingering question is why even call it "Morpha" when it's obviously a remake of Morphine? After all, the series isn't called "Battlestar Galacticine." 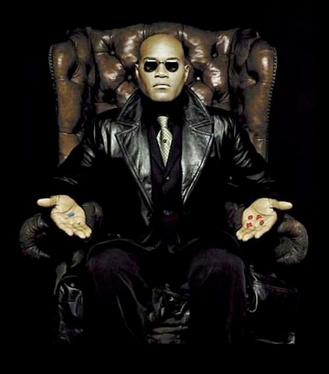 Effects: One makes your world normal, one sends you into the Matrix. Ironically, Morpheus does not give out Morphine.

The Real Drugs They Represent: Anti-psychotics and LSD. When you think the world is a facade set up by computers and some guy recommends a pill to help you go back to your cubicle ... yeah, that's probably an anti-psychotic. Also, we're not sure what kind of drug an amateur pharmacist has that makes one think one is in the Matrix, but we're guessing some sort of super-acid. The kind that would make Walter from Fringe drool like a jonesing addict.