13 supernatural TV series that (lovingly) ripped off The X-Files

The "government agents investigate strange things" premise has almost become a trope these days, but if you think back a few decades, there was a time when it was the bleeding edge of cool. The year was 1993, and Fox—the little network that could—was still building its reputation. Execs took a chance on a little show called The X-Files, and the rest was history.

The show ran for a decade, and became a part of popular culture, inspiring cult status among fans and undying admiration to this day (despite the taint of some recent feature-length duds).

So what are some of the best—and worst—shows to be inspired by the classic conspiracy series of yore? 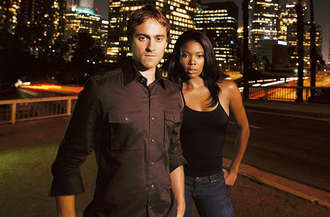 The hook: The X-Files, with a reporter.

What it was: Developed by X-Files producer Frank Spotnitz, it's no surprise this reboot of the 1974 series Kolchak: The Night Stalker bore a passing resemblance to the popular Fox series. The show followed journalist Carl Kolchak as he searched for answers after the mysterious death of his wife, investigating strange stories along the way. Launched a few years after X-Files took its final bow, ABC was hoping the show would prove a hit and fill that void in viewers' hearts. It had potential and started to pick up steam toward the middle of its run, but it just wasn't meant to be. The ratings were average at best and continued to decline until the network finally pulled the plug. 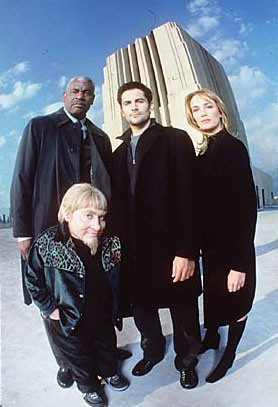 The hook: The X-Files, with quirkiness.

What it was: This low-budget UPN series centered on a secret division of the Chicago Police Department called Special Unit 2, which was assigned to deal with cases involving "links"—basically monsters from folklore roaming the mean streets and causing trouble. Special Unit 2 followed the basic two-agent format, with Detective Nick O'Malley (Michael Landes) and his partner Detective Kate Benson (Alexondra Lee) following up on the weird and the weirder. The short-lived show had a lot of heart, and was a lot of fun while it lasted, but it proved a bit too quirky for its own good and was canceled after two brief years. 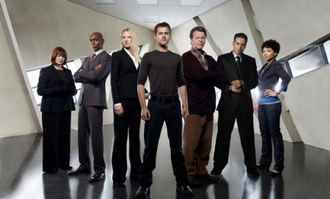 The hook: The X-Files, with multiple universes.

What it is: When it launched, this one had the internet abuzz, as a new Fox series aiming for the X-Files' sweet spot. Heck, back then, it was simply known by most as "JJ Abrams' X-Files rip-off." The early synopsis sounded like it was pulled from the back page of an X-Files DVD, with an FBI agent and consultant teaming up to solve weird cases. But, it didn't take too long for Fringe to differentiate itself from its obvious inspiration. Now in its fourth season, the series has become a cult favorite in its own right, weaving textured stories about multiverses and a war between two worlds—all framed around a touching father and son tale. With a fifth season in doubt, fans can only hope the show is allowed to continue telling some of the best stories on television. 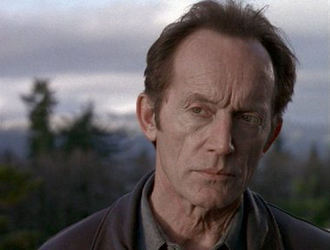 The hook: The X-Files, with more serial killers.

What it was: Produced by X-Files creator Chris Carter during the height of X-Files mania, Fox basically gave him carte blanche to do something creative and cash in on the zeitgeist he'd already created. He was given a big budget to produce a new hit, and decided to make what was initially pitched as "Se7en in Seattle," serving as a mix between the serial killer film Se7en and The X-Files. The show followed former FBI agent Frank Black (Lance Henriksen), who has the ability to see into the minds of serial killers. Black tracked them down, all while working for the mysterious organization the Millennium Group. Riding Carter's reputation, the show was a hit initiallyᰬbut the dark, dense thriller shedded viewers until it was finally cancelled after three seasons. 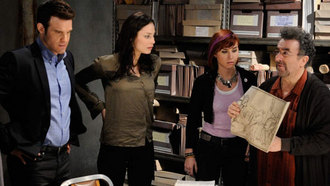 The hook: The X-Files, with enchanted objects.

What it is: Arguably Syfy's biggest hit ever, Warehouse 13 follows secret service agents Pete Lattimer (Eddie McClintock) and Myka Bering (Joanne Kelly) as they track down enchanted objects from history and literature. The quirky premise improves upon a 2006 Syfy miniseries The Lost Room, and finds the team tracking down everything from Edgar Allen Poe's pen to Lewis Carroll's looking glass. The show is part of a renewed effort by the network to focus on accessible, Earth-bound shows (ala Eureka, Alphas) and holds the title as Syfy's highest rated series ever. A fourth season is slated to premiere later this year, and the dramedy shows no signs of slowing down anytime soon. 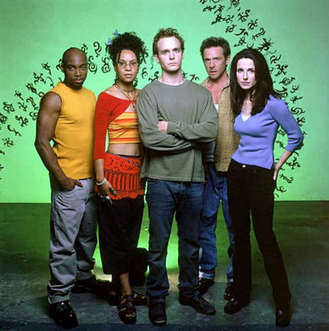 The hook: The X-Files for Gen-Xers.

What it was: Honestly, this one wasn't half bad. Freakylinks was a short-lived series that followed a team of slacker investigators looking into paranormal mysteries and conspiracies. The 13-episode series followed Derek Barnes (Ethan Embry) as he endeavored to disprove urban legends and unravel the mystery of his twin brother's death—all while posting every detail to his website blog. The show was a bit ahead of its time, generating a lot of online buzz that never really translated into viewers. With ratings down, Fox pulled the plug and Freakylinks became just another quirky footnote on the long list of one-season wonders. 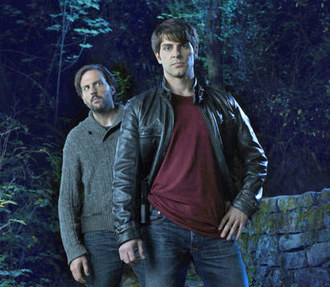 The hook: The X-Files, with fairy tales.

What it is: This freshman drama from NBC has been a modest hit, following the tried and true X-Files formula, but with a twist. The show centers on Nick Burkhardt (David Giuntoli), who learns he is a descendant of the Grimm family, and is tasked with hunting evil, real-life fairy tale monsters that only he can see. It sounds campy, and it is a little, but the series has started to find its groove in the later episodes. Nick teams up with a helpful werewolf and his cop partner—depending on the case—and is slowly trying to unravel exactly what his historic namesake entails. 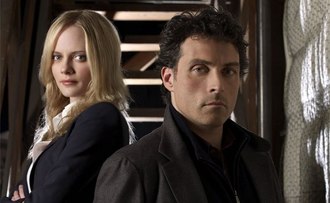 The hook: The X-Files, with an eccentric genius.

What it was: Launching the same year as Fringe, The Eleventh Hour arguably started out with a bit more buzz, being based on the hit UK series of the same name. The show followed brilliant but eccentric FBI advisor Dr. Jacob Hood (Rufus Sewell), who is brought in to solve the weirdly scientific, or supernatural, cases that have stumped everyone else. Hood is partnered with his handler, FBI agent Rachel Young (Marley Shelton). Despite solid ratings, the numbers still paled in comparison to CSI, which served as the show's lead-in. CBS nixed it after one year. 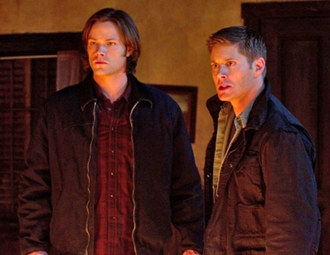 The hook: The X-Files, with demons and angels.

What it is: Though its never been a major hit, The CW's Supernatural has managed to build a fervor of fan and critical buzz that has made it one of the most beloved shows on television. The show's writers have developed one of the deepest mythologies in scripted fiction, following the conflicted journey of the Winchester brothers as they battle angels, demons, vampires and everything in-between. In its current season, the show is even taking a shot at the global conspiracy theory (a stalwart of The X-Files), with the latest group of baddies infiltrating government and business for their own nefarious agenda. 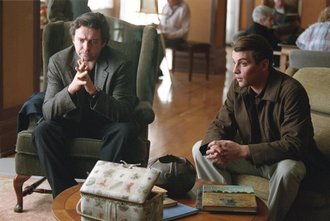 The hook: The X-Files, plus religion.

What it was: A short-lived ABC series that was the victim of haphazard scheduling, Miracles followed an independent team of investigators who tackled apparent religious miracles, looking to prove or disprove the events. Starring a pre-Jericho Skeet Ulrich as former Vatican investigator Paul Callan, Skeet did battle with everything from dark forces to his own faith and doubt. Each episode felt almost like a self-contained indie film, and put a unique spin on the tried X-Files format. 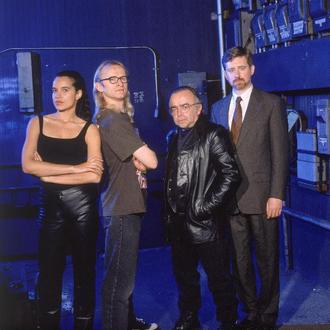 The hook: The X-Files, all about Mulder's weird pals.

What it was: The Lone Gunmen were stalwarts in the X-Files universe, publishing a conspiracy theory newspaper and helping out their pal Agent Mulder on numerous cases throughout the shows run. Hoping to capitalize on The X-Files' continued success, Fox spun the quirky team off into their own series. The quality was hit and miss, and the show also suffered from bad timing, launching right around the time of the September 11, 2001 terrorist attacks. One of the show's early episodes, which aired six months before Sept. 11, focused on a plot where a terrorist hijacked a plane and crashed it into the World Trade Center (sound familiar?). The national mood changed drastically from the time when the show began, and when the first season ended, and the world just wasn't looking for a series based on quirky government conspiracy theories at that time. 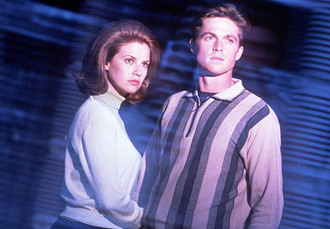 What it was:This one was pretty obvious. Once The X-Files became a hit, and ABC saw there was a market for sci-fi in primetime, the network set to work on this alien conspiracy series. The interesting twist was setting the show in the 1960s, which did provide some unique period storytelling options within the traditional X-Files-esque framework. The show presented an alt-history that aliens have been among us for more than half a century; with the central duo trying to foil the evil plot. The creators had hoped to tackle subsequent decades for a five-year run, but fate was not on their side, and the show was canned after one season due to low ratings. 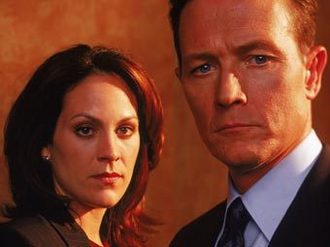 The hook: The X-Files, with new agents.

A Fringe episode ship guide for Peter Bishop and Olivia Dunham
Need to work your brain? Here are 10 high-concept sci-fi shows to binge during lockdown

What it was: I know, I know—this isn't technically a new show. But, most hardcore fans would prefer to forget the last few seasons, as the series ambled toward confusion for confusion's sake. With David Duchovny moving on to other projects, Fox tried to keep the show running by bringing in Terminator alum Robert Patrick as Scully's new partner in season eight. Once Scully actress Gillian Anderson reduced her role in season nine, a new female agent was introduced and it was the beginning of the end. The ninth year proved to be the show's last, and the writers used it as a chance to at least bring the original cast back for a few episodes to impart some semblance of a conclusion to the dangling storylines.