Where there's crime, there's undoubtedly someone looking to capitalize on it, and sci-fi and fantasy is rife with shady characters ready to take their cut, teach someone a lesson or order a hit on those who cross them and their organizations.

Here's 14 members of the criminal underworld from all types of other worlds. 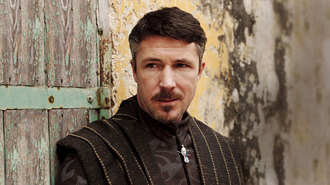 From: Game of Thrones

"Distrusting me is the best thing you can do." Littlefinger, a player within King's Landing, has his hands in many pots, from the court of the king to brothels within the city. Master of Coin for the King's court, gained through a calculated rise to power, Baelish helped to spark the War of the Five Kings through his planning and lies. Feigning a friendship and offering his advice towards Eddard Stark, he betrayed the new King's Hand to his death to topple the regime. 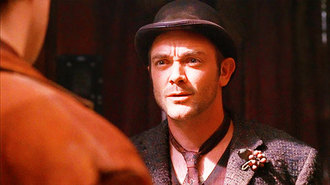 "And you're what? Petty thief with delusions of standing? Sad, little king of a sad, little hill." Hailing from the Titan Colony, Badger made a name for himself as a local boss on the world of Persephone. If it's being transported, Badger wants a part, and a cut, and he's dealt with everything from illegal salvage, black market cattle herds and quite a bit more. It's best to stay on his good side: it's suspected that he plays both sides of the game when it suits him. 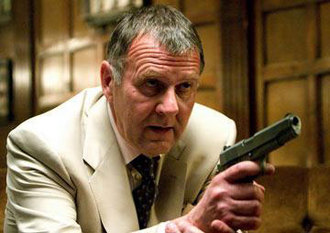 Gotham city is rotting from its core, leaving the entire city at the hands of the criminal underworld. At the top of the pecking order is Carmine Falcone. While a known gangster, the city was never able to be bring him to justice because of corruption and fear. Drug running, petty theft and robbery, Falcone's in charge of it all. Cross him, and he wouldn't hesitate to drop you in front of an audience of police officers, judges and business people. You can't buy that type of power. 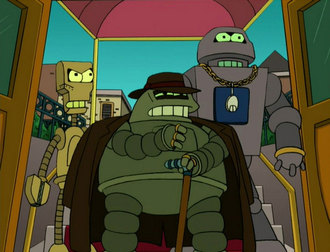 Get a load of the ball bearings on these guys. New New York's legendary Robot Mafia (the three of them) concerned themselves entirely with corrupting local robotic unions and other debaucheries. Insult them, and they make people and robots who cross them disappear, all the while cavorting with highly public figures, ranging from Calculon to the Robot Devil. They don't like witnesses: they get the clamps! Clamps! 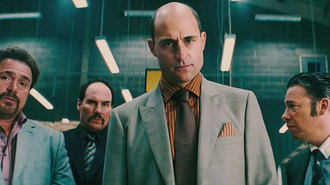 As one of New York's major drug bosses, Frank D'Amico commands an impressive operation: drugs and wholesale murder. The key to all that? Being as ruthless as possible, by going out and killing someone dressed up as a superhero in broad daylight to broadcasting the severe beating and almost execution of two on the internet. Cross him, and he'll cut your fingers off. With a heavy duty bolt cutter. Then he'll shoot you. 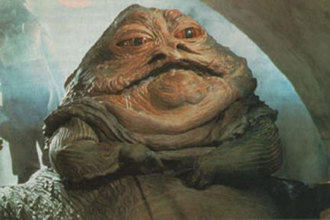 Chuba! One of the most powerful crime lords in the galaxy, Jabba the Hutt's operations and influence spans much of the galaxy. An army of smugglers and mercenaries at his disposal, he's cornered the market for gambling, spice and corruption from the Republic to the Galactic Empire. Cross him and he'll either feed you to one of his favored pets, or keep you around as an art piece in his lair. 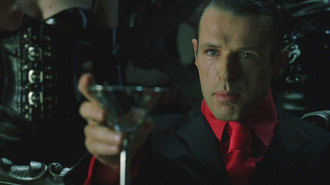 From: The Matrix Reloaded

An old program residing within the Matrix, the Merovingian's described himself as a simple trafficker of Information, surrounded by deadly and resilient programs to carry out his orders. He seems to run an underground movement within the Matrix, trafficking programs out of the matrix, often in exchange for something. Cause, and effect. 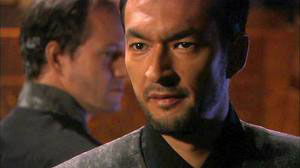 A ruthless crime lord in the universe, Netan deals with Kassa distribution and other crimes with his small fleet of Ha'tak ships. He was known for killing off even his lieutenants amongst his organization, taking down anyone who gets in his way. Faced with problems from Earth's Stargate unit SG-1, he put out a bounty on the unit, which ultimately backfired when the bounty hunter he hired killed him. 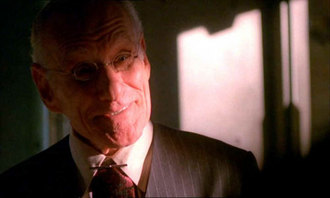 What is gossip? People talking: Niska has a reputation for his brutal and violent means for keeping people in line. Aboard his own space station, he has a small army of criminals at his disposal, ranging from enforcement to pharmaceutical theft, subcontracting at times, paying very well up front. However, he's eager to turn his reputation from talk into fact, showing off his wife's nephew to Serenity's crew to keep them in line. He's also not content with killing someone once: he's willing to keep them going for days before he's satisfied. 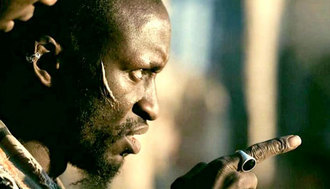 Obsessed with alien technology, Obesandjo and his organization set up shop after the establishment of the prawn refuge in South Africa, District 9. Specializing in weapons, ruthless in his dealings, he's the top man, despite lacking the use of his legs. His obsession with alien weaponry has brought him to the point of consuming Prawn body parts, believing he'd be able to absorb their abilities. 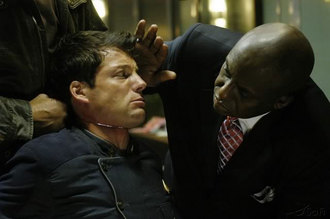 The top of the food chain in the Colonial Fleet's black market, Phelan drives the underground economy, getting people what they need in stressful times, making a good living for himself and his men. Dealing with contraband supplies, theft, child prostitution and murder, he operated with impunity amongst the colonial fleet, going as far to kill Pegasus Commander Jack Fisk when the officer attempted to go back on his deal with the crime lord. 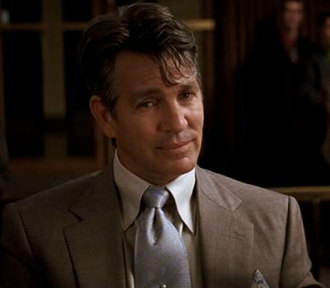 From: The Dark Knight

After Carmine Falcone was toppled by The Batman in Gotham City, Sal Marioni rose to power. His charisma brought about a loyal following with underlings, deep into the city's government. As the city government began to close in after the appointment of Harvey Dent as Gotham's DA, Maroni's hold on the city through the mob was loosened only after joining forces with the Joker, before running afoul of the Batman and a newly insane Harvey Dent/Two face. 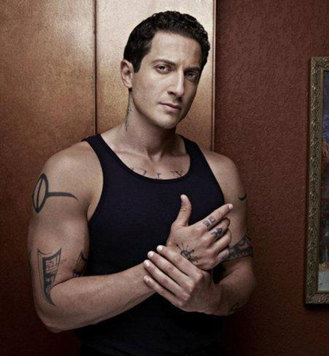 A member of the Ha'la'tha gang, Sam Adama operates as a main enforcer for the group. Orphaned at a young age, Sam ended up on Caprica, where he worked to hold on to his Tauron heritage. There, he worked as an assassin and enforcer, occasionally pulling a big job like helping his brother to steal proprietary technology from the Vergis Corporation. He's not above getting political either: when rebellion struck on Tauron, he became heavily involved. 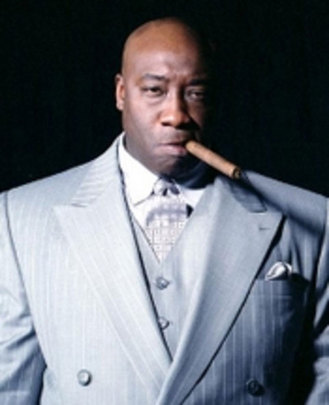 The alter ego of Wilson Fisk, the Kingpin is completely in charge of crime in New York City's Hell's Kitchen. With a long history of crime behind him, starting as an enforcer and working his way up to the top of the food chain, he maintained a duel persona, a corporate boss on one hand, crime boss on the other. He didn't hesitate to kill his own men as they tried to leave his organization, and sent an assassin after Matt Murdock/Daredevil, only to get his legs broken in the process. The funny thing is, he couldn't reveal who the Daredevil really was without admitting he was beaten up by a blind man.