You know those long lists that keep popping up online, the ones that claim they're going to tell us 10 or 25 or 100 things we supposedly don't know about this or that sci-fi franchise? If you're anything like us (and we suspect a lot of you are), you probably read them and think, "Hey, don't tell me I didn't know those things! I did so know them!" So it's refreshing to run across a list about Star Trek that, surprisingly, really DOES contains a few things many people actually might not know.

Over at koldcast, Steven Novak pulled together a list of "14 Things You Didn't Know About Star Trek," and this time we're hoping some of what he dug up might be news to some of you. (Except for those hardcore fans who will, of course, know everything.)

Here are a few of our favorites from Steve's post:

There almost wasn't an Enterprise 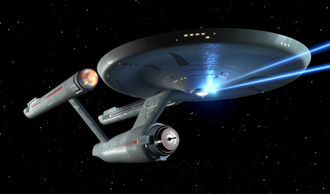 Gene Roddenberry's original treatment for Star Trek didn't have an Enterprise. Instead, perhaps trying to give it a frontier feel and tying in with the whole "wagon train to the stars" motif, the ship was named the Yorktown.

Scotty had a stand-in—for his hands 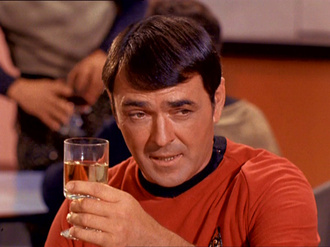 James Doohan, who played Scotty, only had four fingers on his right hand, having lost his middle finger during World War II. Stunt hands were necessary for scenes in which close-ups were required. Keep a close watch the next time you check out the "Trouble With Tribbles" episode and you'll be able to spot it.

The Borg were originally meant to be insects. 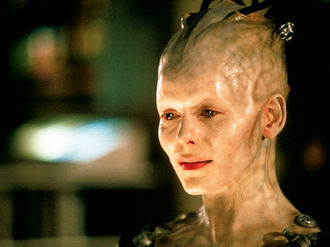 The Borg were originally meant to appear as an insectoid race, but when that proved too expensive to create, they were changed to that half-human, half-machine collective we know and love. (Or is that loathe?) 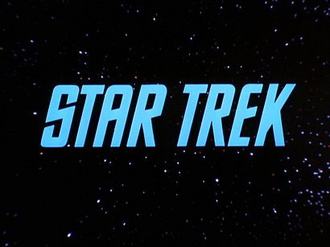 That phrase about boldly going where no man has gone before? It wasn't original to Trek. It was taken almost verbatim from a White House booklet on space issued after the Sputnik flight in 1957. 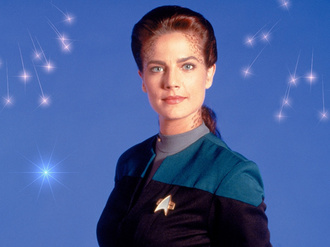 Those spots covering Deep Space Nine's science officer, Jadzia Dax, portrayed by Terry Farrell, had to be hand-painted every day by series makeup artist Michael Westmore in a process that sometimes took over an hour.

For more things you might not know about Star Trek, head to koldcast for the site's complete list.