16 sci-fi soldiers we should all salute on Memorial Day

With Memorial Day bearing down on us, we thought it the right time to salute those brave sci-fi soldiers who've fought so hard for the betterment of the sci-fi universe.

The tribute begins below!

And please note—we're specifically honoring those who served in an organized military, rather than mercenaries, a ragtag group of rebels or a mom/robot from the future. 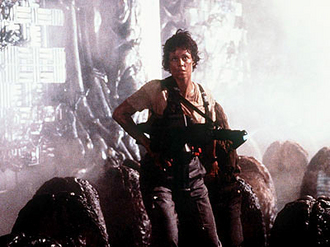 There might be no better way to kick off this list than with the ultimate kick-ass silver-screen femme. Ripley shoots aliens, saves children and stops face-huggers faster than onion breath. Cryogenic stasis and cloning mean she's always ready for more alien killing, no matter what century it is. 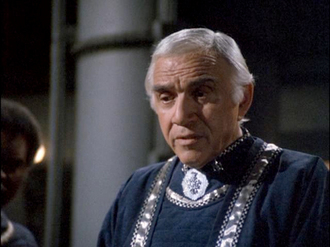 It's hard to pick a favorite between the original Adama and the 2004 Edward James Olmos version, and that's okay. Both kept BSG alive when all other ships perished at the hands of (who else?) Cylons. Then Adama organized the survivor escape. If we had to pick, we'd go with the original Adama, but only because of how he rocks those Oscar the Grouch eyebrows. Of course, a special side nod goes to Starbuck, one of the most battle-hardened soldiers of all time. 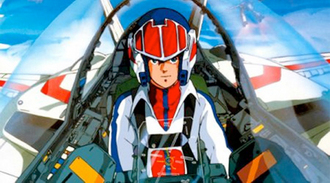 Originally a civilian circus pilot (no, really), Rick Hunter blossoms into an adept military force. Rescuing ladies and blasting up invading squadrons are the rungs of the ladder Hunter climbs to become one of Earth's greatest warriors, saving the planet from alien onslaught. In fact, Hunter fights so many invading alien robot pilots that it's amazing Daft Punk never did a song about it.

Choosing your favorite Babylon 5 commander is tough, like choosing your favorite Corey (or, for those of you who weren't around in the '80s, it's as tough as choosing your least favorite Corey). Commander Sinclair was featured in a major twist when it was revealed he was actually Valen, a centuries-old superwarrior. Commander Sheridan was, well, Commander Sheridan was also a noble battle-hardened leader. But, way more importantly, he was played by the guy who also played Tron, Bruce Boxleitner. So it's obviously a tough call who was cooler. 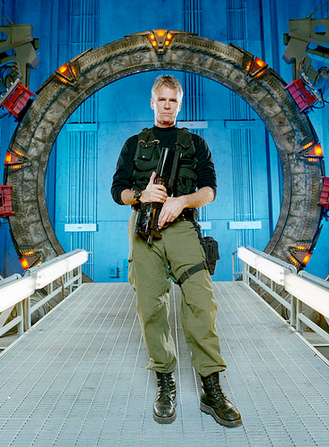 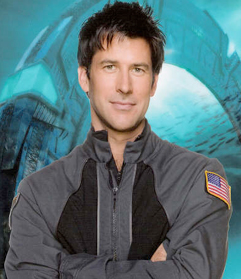 "Ask not what your country can do ... " was broadened to "Ask not what your galaxy can do ... " for this noble military space traveler. John Sheppard killed the Marilyn Manson-esque Wraith Keeper, awakening a whole bunch of ghoulish baddies who went straight for him. Sheppard is more of a brains-over-brawn soldier, sort of like Oliver North, but with brains. 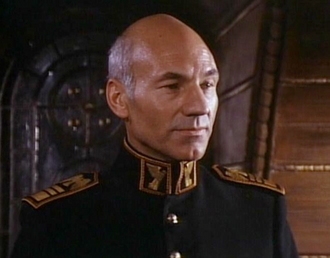 The Dune-iverse has so many supersoldiers and ultimate warriors that it's hard to choose just one. But Gurney Halleck stands out as the crème de la crème. Able to carve up anyone with just a blade, Halleck established himself as one of the most savage smugglers since Joe Kennedy during Prohibition. The guy's title was "Warmaster," and he was played by Captain Picard—how much more do you want from your warrior? Also, he was a rock star on the baliset. 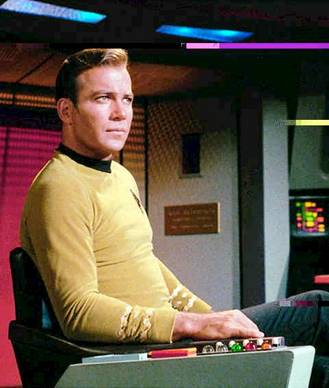 Starfleet's youngest Captain, Kirk kept his veins full of ice water in every tangle with a dangerous, badly costumed alien foe. In a plotline that would traumatize fans if it happened on Army Wives, Kirk repeatedly chooses his military ship over his woman. All that and a head full of knowledge made Kirk a more-than-qualified leader. 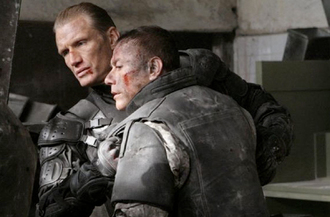 Again and again, the cool and collected Deveraux (played by face-kicker Jean-Claude Van Damme) must defuse the violence-obsessed Sergeant Andrew Scott. Deveraux even has to kill Scott twice to save innocent lives (the military re-animated Scott to create a universal soldier). Deveraux proves he might be the perfect soldier after saving lives, taking down evil and enjoying a gushy reunion with his non-frozen/super-engineered family.

Ranger Richard B. Riddick (The Chronicles of Riddick Series) 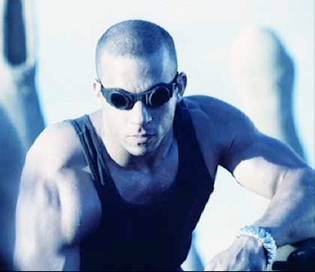 Before a million-credit bounty forced Riddick into a life on the run, he was adept at one of the universe's most dangerous jobs. As a sweeper, his job was to draw out deadly spitfires so other sweepers could attack. Nobly, Riddick chose to attempt to escape his former life rather than obey orders to enslave and torture. Just like Short Circuit, if, instead of serving drinks and spouting wisecracks, Johnny 5 had been programmed to enslave and torture. 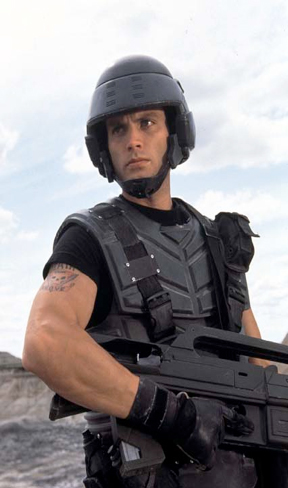 Rico found his niche destroying invading aliens bugs. Where some would have been content to become exterminators, Rico used his natural bug-killing abilities to protect planet Earth. Plus, he's named Johnny Rico, making him probably the goofiest manly-named character not played by Keanu Reeves. 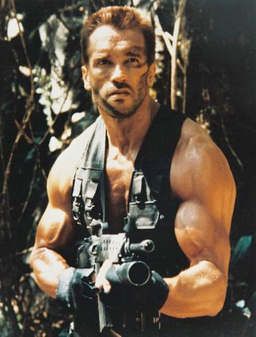 The Governator turns in one of his most memorable roles as Major Schaeffer. His assignment is to find and rescue a stranded cabinet member. However, everyone knows his real task: box a tricked-out angry alien.

Although he only saves one person, Schaeffer proves that superior alien technology is no match for superior human brainpower, if that makes any sense (which it doesn't). Anyway, Schaeffer fearlessly outwits the Predator and makes plenty of room for sequels, landing him a spot on our list. 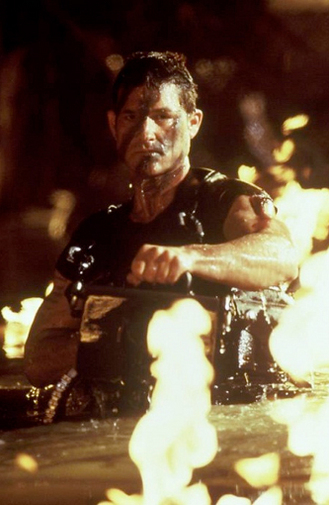 Trained as a soldier since birth, this Kurt Russell character spends 40 years utterly slaughtering opponents in times of war. Even when he is supposed to be replaced by a technologically superior model, Todd puts up a huge fight against his way-better replacement, gouging out an eye. No word on whether Russell practiced for this scene by pitting plums. 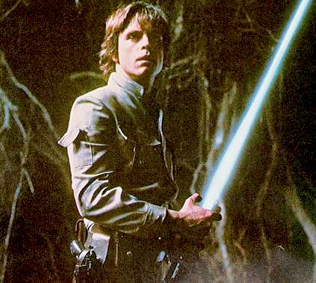 Promoted to a high rank in the Rebel Alliance, Luke Skywalker is well known throughout the expanded universe. He's a Jedi master who shot down a Death Star. He killed the Rancor and confronted his father. Luke Skywalker is a true fictional war hero, like Rambo and Beetle Bailey. 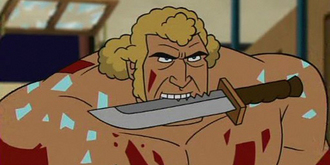 The most skilled savage ever to serve in the Office of Secret Intelligence, Brock Samson symbolizes all things manly. With a license to kill and a chip on his shoulder, Samson illustrates just how far "over the line" a good guy can step. The world is still eagerly awaiting the animated battle between Samson and Chuck Norris.