Some vampires are just so damned sexy we can't help but volunteer our veins. Meet the sensual, seductive bloodsuckers who star in the 12th of our 31 specials for the 31 days of Halloween.

And come back tomorrow at noon for some awesome Princess Leia slave costumes. 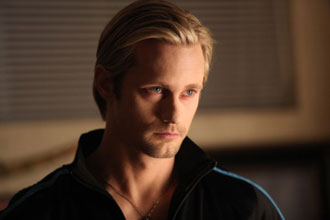 There's only one actor who could so perfectly portray an ancient Nordic vampire turned modern Louisiana sheriff and owner of the infamous vampire bar Fangtasia: Alexander Skarsgard. From his impeccable sense of fashion to his highlighted hair, Eric Northman is cold, calculating, cruel and completely in control in a way that is mysteriously irresistible. The perfect bad-boy vampire! 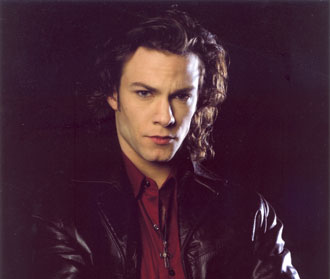 Kyle Schmid portrays the vampire Henry Fitzroy, the 480-year-old Duke of Richmond, bastard son of Henry VIII, who has set up camp in a swanky loft in Canada, pursuing a "day job" as a graphic novelist. Schmid is pure sex appeal in this television series: charming, intelligent, worldly and breathtakingly handsome—the epitome of the aristocratic modern vampire. 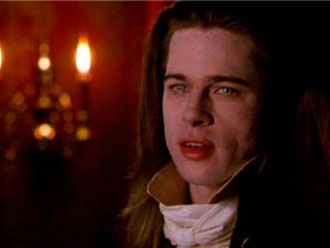 "Ah, Louis! I need only to follow the corpses of rats to find you, Louis." Brad Pitt brought a uniquely angelic quality to the world of vampires with his portrayal of Louis de Pointe du Lac from Anne Rice's Interview With the Vampire. A true fallen angel with exquisite beauty and a painfully tortured soul, Pitt gave audiences a vampire even the most jaded of mortals would willingly submit to.

Queen Akasha, Queen of the Damned 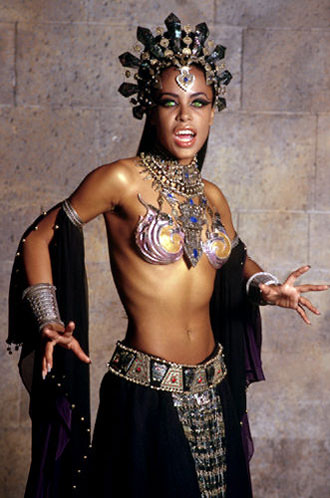 There are few actresses who could have portrayed the queen of the vampires, Akasha, in Anne Rice's Queen of the Damned. Moving through each of her scenes with an eerie grace, like an eel slithering through dark waters, Aaliyah's natural, exotic beauty and grace was an absolute perfect fit for the centuries-old source of all things undead. 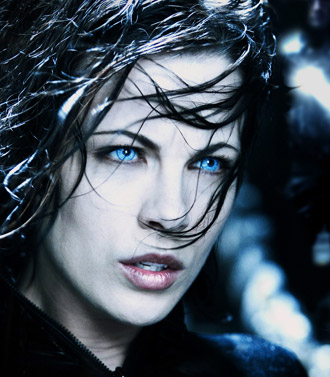 Even removed from the setting of the Underworld films, there is an aspect of Kate Beckensale's beauty that's simply otherworldly and too perfect to be considered mortal. And when portrayed as a gun-wielding, Lycan-hunting vampire dressed in a skin-tight black latex and leather suit ... well, you get the picture. Selene is the zenith of the sexy rogue vampiress: strong, determined, graceful and absolutely breathtaking in her physical perfection. 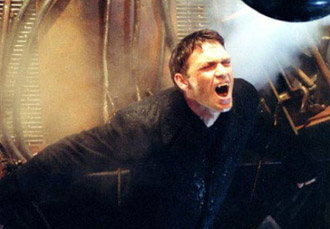 In the little-known vampire movie Perfect Creature, talented actor Dougray Scott plays the part of a vampire priest named Brother Silus who has been charged with the retrieval of his rogue brother, a previous member of the priesthood who has gone on a psychosis-induced killing rampage. Truly dedicated to his position in this world as a member of the vampire church and subsequent protector of humanity, Brother Silus represents a contradiction in the natural order of predator and prey that is mesmerizing. He navigates the film with a cold, mysterious otherworldliness that is deeply enthralling, drawing you in and making you want to know absolutely everything about him. 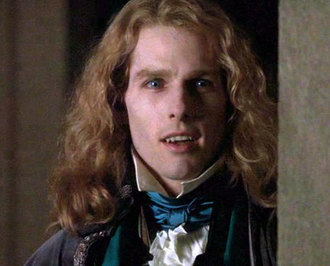 Say what you like about the slightly psychotic Tom Cruise, there is no argument that he perfectly embodied the demented, sexy "Brat Prince" Lestat of Anne Rice's Interview With the Vampire. Vain, arrogant and completely obsessed with his fledgling Louis (Brad Pitt), Cruise's performance was dark, deranged and most definitely hot.

Santanico Pandemonium, From Dusk Till Dawn 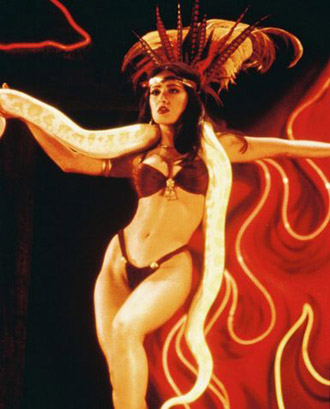 As Santanico Pandemonium, or Esmeralda, the century-old vampire employed at a Mexican vampire establishment just south of the border, Salma Hayek dances seductively in a bikini draped with a large yellow boa constrictor as she seduces the Gecko brothers, the unwitting human bandits who have just happened to wander into their lair. With her killer curves, she doesn't need fangs to glamour her victims, but for vampire fans, they're most definitely a plus. Santanico is the perfect representation of the decadently sensual side of vampires and is pure seduction in physical form. 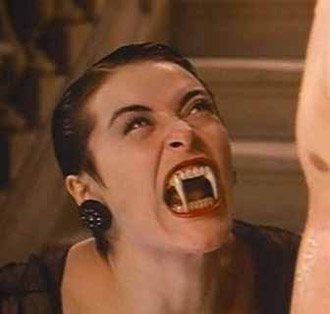 The Scottish film Lair of the White Worm, based on Bram Stoker's tale by the same name, is a wild, avant-garde, serpentine take on the vampire mythos. Amanda Donohoe's performance of the character Lady Sylvia Marsh, an ancient goddess resurrected in the form of an eccentric, wealthy aristocrat with a taste for human blood, is fierce, sexy and downright bizarre. 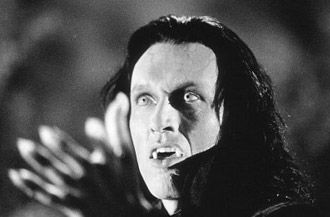 As Jan Valek, the leader of the band of vampires in John Carpenter's Vampires, Thomas Ian Griffith takes a more classic approach to the leading vampire role. Commanding, dark and soulless, yet completely irresistible, Jan Valek delivers a source of ancient evil that makes us instinctively want to flee, while at the same time finding ourselves drawn impulsively towards him out of pure mesmerizing curiosity. As it's said: curiosity killed the cat. 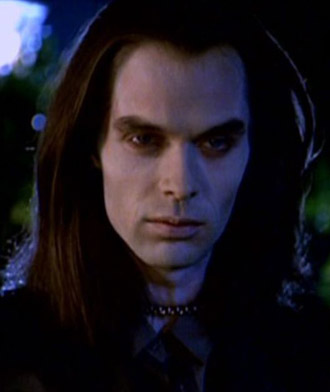 While Dark Prince: The True Story of Dracula is not technically a vampire story per se, it is a historical fiction depiction of the life of Vlad Tepes (aka Vlad the Impaler), upon whose reign of terror the tale of Dracula is based. The movie shows what aspects of Tepes' life could have led to the rise of the legend that he was a member of the undead. Rudolf Martin is beyond beautiful in this film. Terrible and ruthless, dark and mysterious, Martin draws in the audience and makes one empathize with the character in a way previously thought impossible for such an infamous villain. While the actual historical figure of Vlad Tepes is anything but "hot," Martin has somehow made him seem like the perfectly tortured, sexy villain. 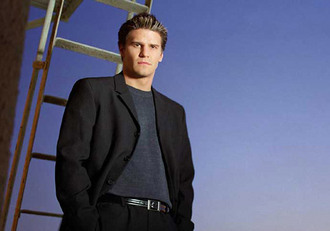 The "vampire with a soul" as portrayed by the David Boreanaz caused millions to fall in love with the vampire myth who otherwise might never have been drawn to the genre. He was the perfect knight in shining armor, yet nearly completely unobtainable except to his one and only Buffy. This strong, handsome, suave, crime-fighting vampire was one of the first modern vampire characters to transform the monster into a craved hero to adoring fans. 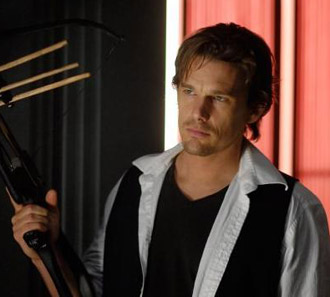 Ethan Hawke is mesmerizing in whatever role he chooses, for he always pours his heart and soul into the character, including that of the vampire researcher Edward Dalton in the futuristic film Daybreakers (officially in theaters January 2010). His on-screen performance is riveting, his ease with the world of the undead fluid and natural. There is something innately sexy about the fact that this vampire is a scientific researcher: scientists are sexy! 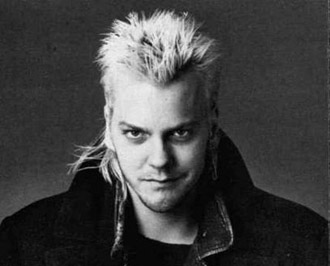 The cult-classic status of Lost Boys is in large part due to Kiefer Sutherland's bad-boy vampire character David. Even sporting the spiky white mullet, so fashionable at the time, Sutherland makes you want to jump on the back of his dirt bike and speed off across the sand dunes to his underground lair. David is a timelessly appealing vampire character, an immortal teenager forever forsaking the rules of society with bad attitude and evil smile. 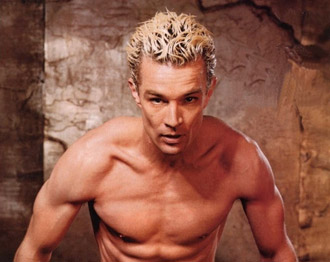 One of the many fantastic elements of the long-running vampire series Angel was its abundance of sexy vampires. And there's absolutely no forgetting the ultimately wicked bad boy to Angel's tortured hero, the sinful Spike as played by James Marsters. Devious and impish and always up to no good, Spike was one vampire you could always count on for causing mayhem, all the while flashing a dazzling smile as he strode the dark streets in his black trench coat. 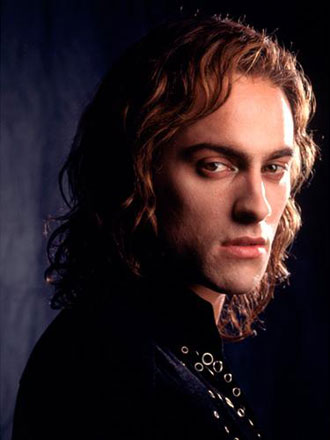 Where Tom Cruise's portrayal of the infamous Lestat tapped into the character's more demented side, Stuart Townsend embraced the more lavish and angelic side of the fanatically adored rock-star vampire. While still delivering the arrogant, untouchable side of the character, Townsend allowed the decadent sensuality that makes us so readily forgive even Lestat's most reckless and sinister acts of cruelty pour through in his performance.