17 immortals who'll live forever whether they deserve to or not

We've got an undying love for these supernatural survivors, some of pop culture's grandest figures who don't have to worry about a timely demise. Unless, in some cases, someone chops off their heads. Then all bets are off.

The Doctor and Jack Harkness 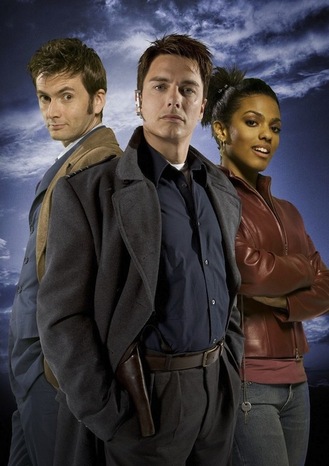 David Tennant and John Barrowman
Doctor Who/Torchwood
The being-an-alien-with-the-power-of-regeneration thing is what keeps the Doctor looking so young—while feeling so old—but Captain Jack has a whole other skill set. And he survives for tens of thousands of years until the man once called the Face of Boe is nothing but a face.

The star signs of Buffy the Vampire Slayer
Look of the Week: Buffy Summers' birthday wear 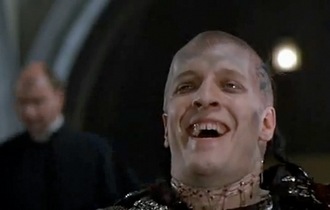 Clancy Brown
Highlander
Say what you will about his fashion choices, the Kurgan knows how to live an immortal life. Aside from the shoddy motels and bargain-basement hookers, that is. He seems to be having fun with it, in a better-to-burn-out-than-fade-away fashion. 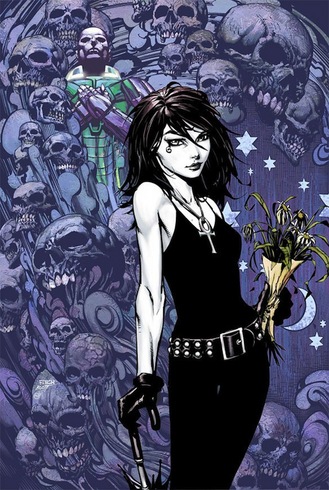 Sandman
Neil Gaiman decided that his embodiment of death wouldn't be a tall, grim, pale man. Okay, well, he'd keep the pale—but in his long-running Vertigo comic, Death was a young girl who knew both the gravity of her post and enough to smile, occasionally, in the face of it. 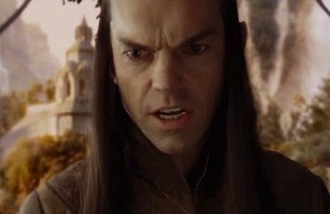 Hugo Weaving
The Lord of the Rings
The master of Rivendell is as wise as Tolkien's elves come. Of course, not wise enough to know that his hot daughter is gonna run off with the Bad Boy from the North no matter what he says, but dads are blind-spotty that way. 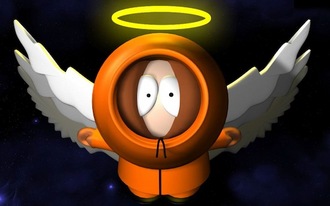 South Park
You just can't keep a kid in an orange hoodie down. Ever. Even with explosives. He'll just come back next week for more. 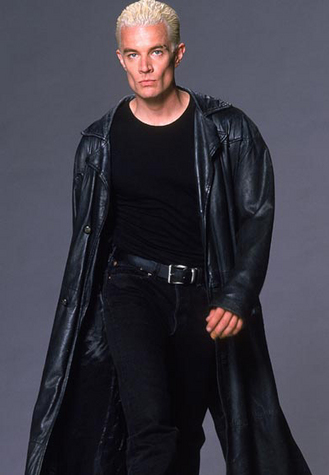 James Marsters
Buffy the Vampire Slayer/Angel
There are a lot of non-sparkly vampires we could've chosen—because, let's face it, we were never going to chose a sparkly one—but the reason we settled on Spike, even over his bloodsucking Buffyverse buddy, is the overriding tragedy of his life. Sure, Angel was a broody puppy because he couldn't be with his one true love, but at least he got to love her. Spike went from the depths of villainy to the heights of heroism without ever knowing the full happiness of reciprocated love. Also: His coat was better. 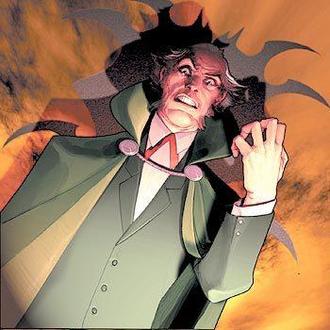 Batman comics
Thanks to a series of rejuvenating Lazarus Pits, this Dark Knight villain can just keep going and going and going. He should really think about opening up a chain. 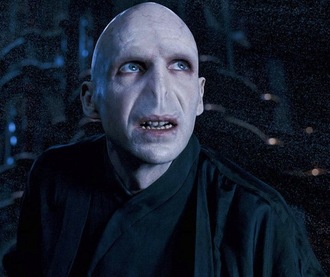 Ralph Fiennes
The Harry Potter series
And he would've gotten away with it, too, if it weren't for those meddling kids. And if it wasn't such a complicated plan, what with the horcruxes and deathly hallows and such. 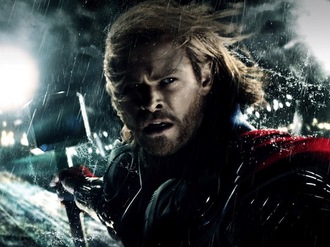 Chris Hemsworth
Thor
Well, he is a god. (Or, if you buy the 2011 movie's retcon, an alien that people mistook for a god.) So it's pretty much a forever thing for Thor and his fellow Asgardians. Unless something really goes awry. 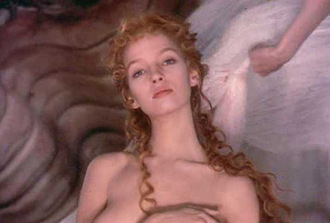 Uma Thurman
The Adventures of Baron Munchausen
She makes our favorites list for two very good reasons: 1) the way she warps and twists everyone around her to suit her whims, and 2) her glorious hair. (What two reasons were you thinking of?) 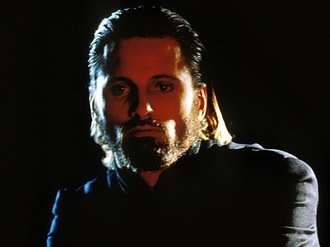 Viggo Mortensen
The Prophecy
Dude. He's Satan. The Morningstar. And he dresses like a rock star. And not the wimpy kind, with the dumb-ass hair. 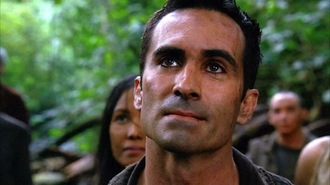 Nestor Carbonell
Lost
The mysterious, well-eyelinered Richard Alpert was a constant figure both on and off the island that plagued the survivors of Oceanic Flight 815. He could be a friend and ally or a vicious adversary—and you could never tell which one you'd get, thanks to that pleasant mask of eternal youth. 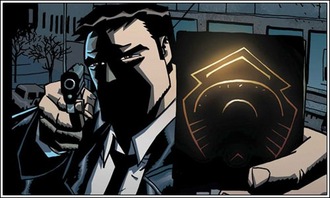 Powers
Okay, this is gonna be a bit of a spoiler—so I'd scroll down a bit if you haven't read the last couple of years of Brian Michael Bendis and Michael Avon Oeming's comic book—but it turns out that police detective Christian Walker was born a caveman. A very long time ago. 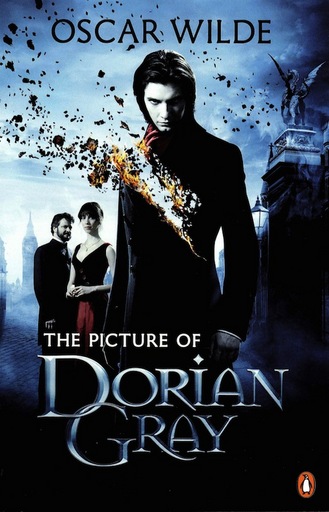 The Picture of Dorian Gray
If one is going to live forever, one should have the best possible time doing so. At least, that's the credo of the hero of Oscar Wilde's only published novel, who wishes that the wear and tear accumulated by a hedonistic life would appear on his portrait instead of his person. Naturally, lessons are learned, but before that, a jolly good time is had. 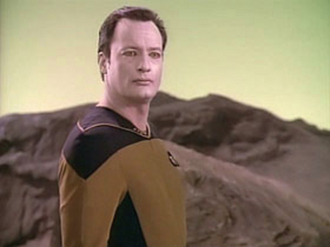 John Delancie
Star Trek: The Next Generation
The fact that Q is a member of a group called the Continuum hints at the omnipotent trickster's immortality. Unless he acts the fool and gets his membership revoked. Again. 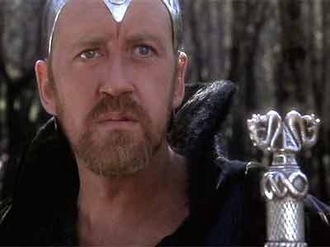 Arthurian legend
King Arthur's advisor, counselor and court wizard has taken many guises over the years, from Nicol Williamson's avuncular gadfly in Excalibur to a doddering old fool in Disney's The Sword and the Stone. But we've a particular soft spot for T.H. White's Merlin, from The Once and Future King, in which the wizard lives life in reverse ... much like a certain River Song. 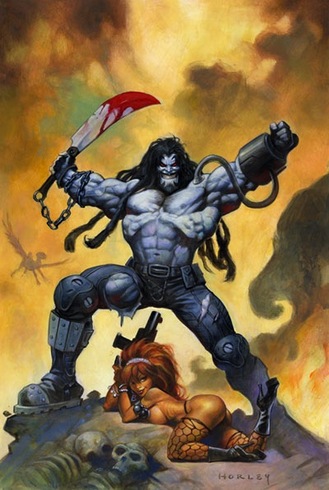 Various DC Comics
This hell-raising antihero is functionally immortal. Given that he killed everyone else on his homeworld, perhaps just so he could call himself "The Last Czarnian," maybe death is simply afraid of him. But he can exist in the absolute cold of outer space, take on the Man of Steel and walk away, and neither ages nor succumbs to disease.