Shared
Tag: The Lord of the Rings
Tag: the terminator
Tag: tron: legacy

No, there's no way for you to visit any of these establishments, which see fit to get our favorite characters zonked out of their gourds. But sci-fi and fantasy are all about showing you impossibilities made manifest, right? So bottoms up! 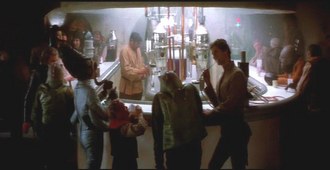 More The Lord of the Rings

If the dusty spaceport Mos Eisley was a wretched hive of scum and villainy, what do you call the place where that scum goes and gets wasted? The best jazz club on the outer rim, that's what! 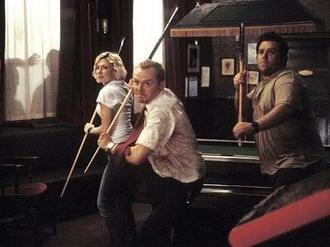 Shaun of the Dead

It takes a special kind of pub to serve as a last stand against a zombie invasion. And since Shaun (Simon Pegg) and Ed (Nick Frost) had no idea where that pub was, they holed up in the dusty, musty Winchester. 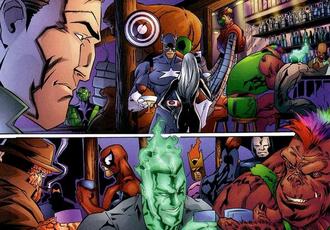 Created by Alan Moore in WildC.A.T.S. #25, This is, allegedly, the single bar where the entire comic-book community goes to get lit. It has only six rules, which, really, could apply to any bar: 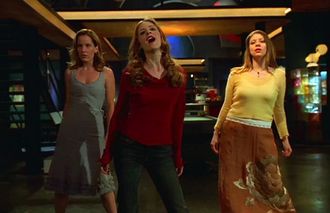 The biggest drawback is that this is a bar catering to high-school kids—and vampires who feed off of high school kids. The upside is that the musical acts are pretty rad, and you never can tell when the Chosen One will break into song. 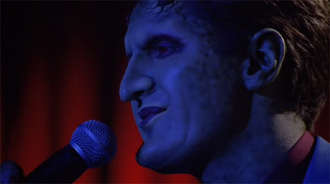 Run by the demonically delicious host, Lorne (Andy Hallet), this karaoke bar had the distinction of being the place were anyone, good or evil, could visit in peace and bare their soul with a song. Literally: Lorne can read the aura, thoughts, emotions and future of whoever was singing. 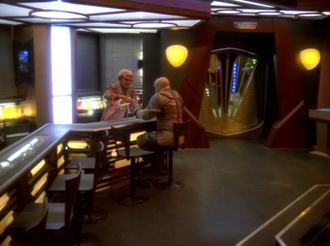 Listen, you can keep your Ten Forward with its super-nosy bartender and mopey Klingons claiming that prune juice is a warrior's drink. I'll take a bar run by a morally questionable Ferengi (Armin Shimerman), complete with holosuites and gambling, thankyouverymuch. 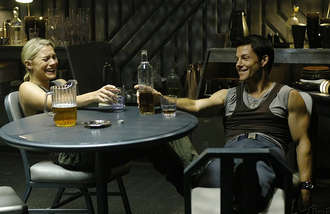 Joe's Bar, introduced in BSG's final season, had a piano and a pyramid court and a Viper hanging overhead. In other words, it was the TGI Friday's of the refugee fleet. Give me the sweaty, grimy rec room, with card games I don't understand, rotgut booze and Starbuck (Katee Sackhoff) launching herself off of tables.

We're all for replicant rights, so long as it allows top-flight models like Zhora (Joanna Cassidy) to get gainful employment as dancers in places like this. 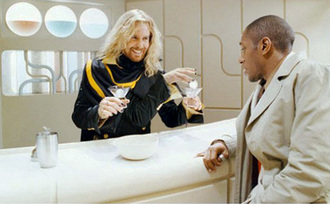 Hitchhiker's Guide to the Galaxy

Okay, this picture isn't really the Bistro Illegal, as it's never been filmed. However, the Bistro does make a killer version of one of President Zaphod Beeblebrox's favorite drinks, the Pan Galactic Gargle Blaster. (Also, the Restaurant at the End of the Universe is totally overrated.) 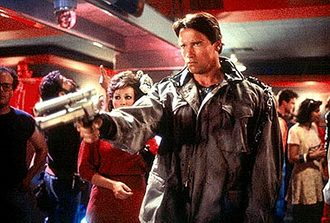 If you find yourself in 1984 and are looking for a totally tubular place to quench your thirst and pick up girls with very enthusiastic hair, then you could do worse than this joint. Just watch out for the time-traveling freedom fighters and homicidal cyborgs. 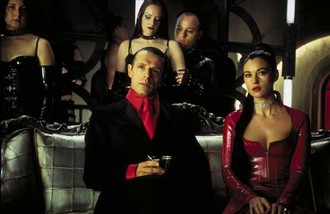 In case you were wondering where they kept all the leather and latex in the Matrixverse, it's here. This sedate little joint, run by the Merovingian (Lambert Wilson), seems to be home to every kink in the Matrix. And that's a lot of kink. 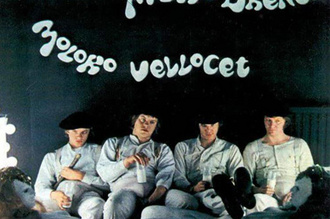 Ah, milk. The elixir of life. Especially if it's laced with opiates, synthetic mescaline or adrenochrome. The furniture at this bar, however, doesn't make too stable a resting place for drinks. 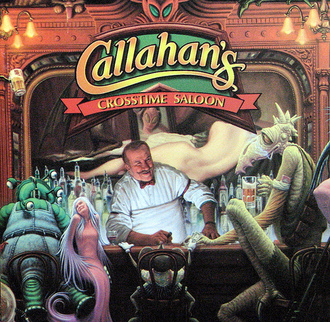 The central location of Spider Robinson's Callahan's Crosstime Saloon stories, it's where the elite meet to greet—be they aliens, time travelers or mythological creatures. And they've all got tales to tell. 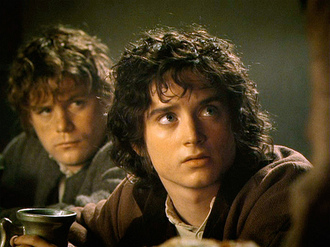 Do yourself a favor: If you happen to be a hobbit and one of your road buddies happens to be carrying a bauble of unspeakable power and is trying to keep a low profile, DON'T GET DRUNK, START DANCING ON TABLES AND NAME HIM OUT LOUD. Seriously, save that for spring break. 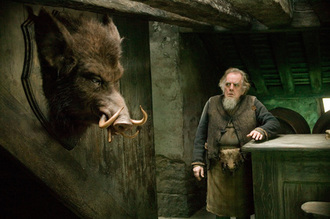 No, it's not The Three Broomsticks, with its gilded décor, frothy butterbeer and flocks of Hogwarts students. Which is precisely why we're choosing it. It's a dive, through and through, and it's run by Dumbledore's brother, Aberforth. Plus, it's Hagrid's pub of choice—and everyone knows that dude loves to drink. 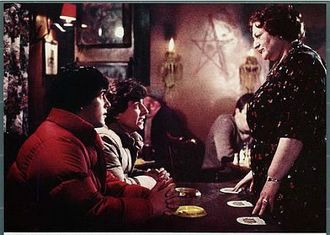 An American Werewolf in London

Don't go there. Just don't. Not unless you're looking to get a little more hair on your chest.

It's a little tough to get to, this nightclub is. But if you manage to get yourself sucked onto the Grid, why wouldn't you go to a place run by Tony Blair doing his best David Bowie impersonation? 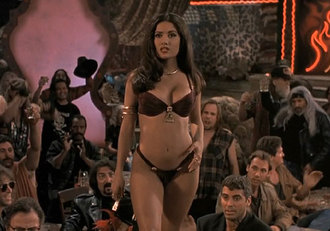 From Dusk Till Dawn

Yes, you'll probably die if you hit this south-of-the-border truck stop. But if you can suck whiskey from Satanico Pandemonium's toes before you go, it might be worth it.

Tag: The Lord of the Rings
Tag: the terminator
Tag: tron: legacy