Next time your neighbors bang on the walls or let their dog bark all night, stay cool. Count your blessings. At least you don't live next door to these creepy neighbors from movies and TV, who've moved in for the 18th of our 31 specials for the 31 days of Halloween.

And come back tomorrow at noon to check out The Simpsons' most terrifying Treehouse of Terror moments. 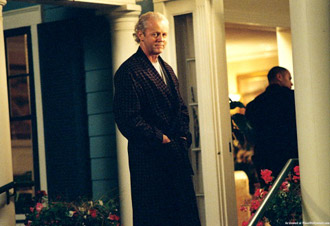 It's probably best not to get involved with this guy. If you try to stop him from killing people and hiding the bodies, he'll just come after your MILFy mom and frame your friends for harassing him. 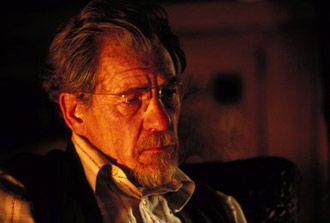 What's creepier than a Nazi living next door? How about Ian McKellan sieg-heil'ing it up with all his Gandalf-ian gravitas. Don't ask him to try on the uniform. Nothing good can come from that. 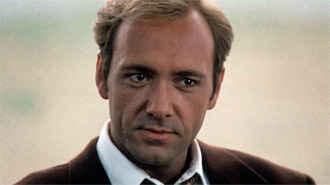 Before Kevin Spacey was the famous serial killer, criminal mastermind or Lex Luthor, he was the neighborhood wife swapper of this forgotten '90s thriller. That might sound fun to progressive couples, but the trick is Eddy would kill his wife and frame you for it. Yeah, how's monogamy sound now?

Mathilda's family from The Professional

We only get to see young Mathilda's family briefly before Stansfield (Gary Oldman) comes in blasting them away. But we can imagine they were into all sorts of trouble if they got involved with that guy. If you're just a hitman minding his own business, you definitely don't need that trouble.

Vic and Ramona (Dan Aykroyd and Cathy Moriarty) in Neighbors 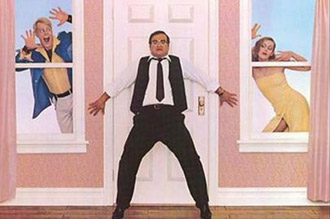 Think this is just a comedy? Earl Keese's (John Belushi) new neighbors are so wild and crazy they end up driving him to full-scale war. Actually, maybe seeing Belushi play the "normal" one, in his final film, is scarier.

The Klopeks in The 'Burbs 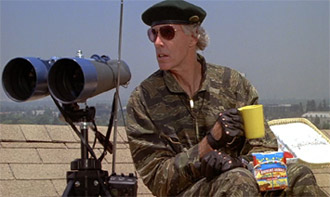 This must be the one you were thinking of when you clicked on this list. For a movie everyone hated at first, it's still the first name in creepy neighbors. Everyone thought Ray Peterson was crazy for obsessing about the Klopeks, and everyone thought Tom Hanks was crazy for making the movie. Now that he's Mr. Credible Oscar Winner, it's nice to revisit his dark comedy past. 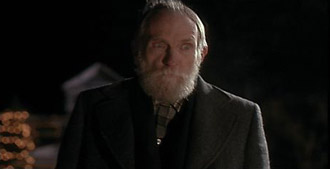 Sure, Marley turned out to be a nice old man with family issues, but did he have to stalk down the street with that shovel? I mean, honestly. That's not going to get your son back.

The house from Monster House 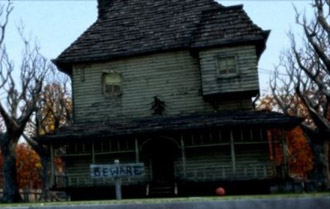 Geez, it's hard enough to deal with creepy people living next door. There's not much you can do when the whole house is the problem. Possessed by the spirit of Constance (Kathleen Turner), this neighborhood house actually eats people. Yeah. 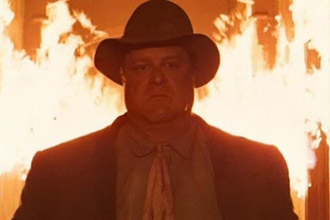 Everything about the Hotel Earle is creepy, with the slowly peeling wallpaper and the neighbor making noise. When he helps you dispose of mysteriously murdered bodies, that's your first sign that he's not all there. Don't hang on to that box for him—just say no. 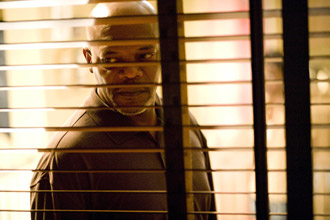 If you move in next door to Samuel L. Jackson, you'd better just do whatever he says. If he's a cop, you're not going to get anything by him. When he politely suggests you not smoke next to his house, he's really saying, "Get these motherf***in' butts off my motherf***in' lawn!" 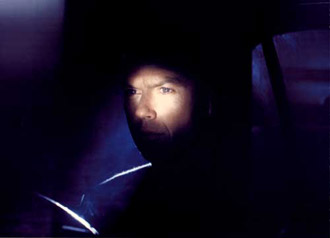 You think you're going to make a little extra cash renting out the downstairs room. Then you end up getting a creep who breeds cockroaches. Worse, when he doesn't pay his rent, he finds the legal loophole that keeps you from kicking him out! 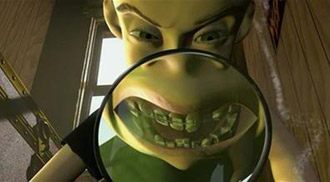 We only saw the toys' perspective on the neighbor who mutilates dolls and assembles his own mixed-and-matched creatures from the parts. Imaging living next door to his noisy rocket launches, or just having to deal with your traumatized kid after the bully rips apart that $50 toy you fought the other parents in line for.

Buffalo Bill (Ted Levine) from Silence of the Lambs 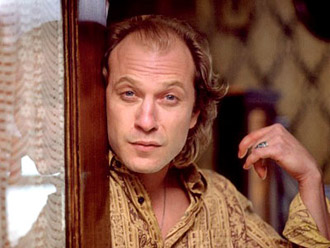 All serial killers just live right next door to someone. They always say he was quiet and kept to himself. At least Bill went away from home to find his victims, so you're probably safe if you live next door. But just hope he shuts the windows when he cranks up the music and does his girl dance. 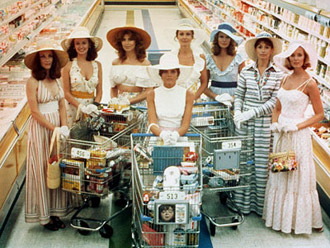 You move in to Stepford and every neighbor is creepy, at least the fairer half. They've all been replaced by robots to serve their husbands. Hey, to each their own, but it's only a matter of time before your husband jumps on the robowife bandwagon. 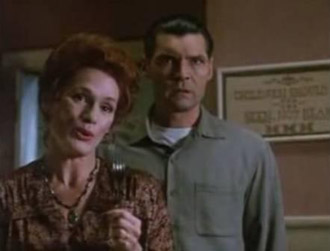 My personal favorite horror movie of all time is based on the notion that every neighborhood has that one house you're told to stay away from. In this case, that's because the owners are a Reagan-era couple with a booby-trapped house. They kidnap kids to make the perfect nuclear family, but when they don't measure up, Mom and Dad just throw 'em in the basement and feed them raw meat. 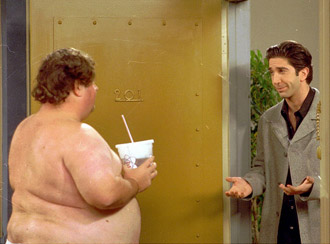 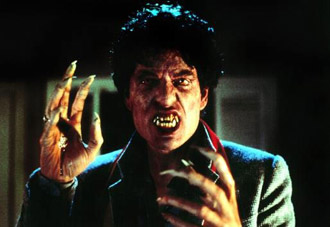 If you saw the neighbor lugging a coffin into his house and biting the necks of his lady guests, most people would just think he was some freak. Good thing Charley Brewster (William Ragsdale) sussed out that Dandridge is an actual vampire so he could spare other local hookers from becoming dinner. Too bad Evil Ed didn't make it through the night.

The Castevets (Ruth Gordon and Sidney Blackmer) from Rosemary's Baby 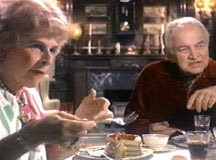 Ladies, if you're having a baby, just go to your normal doctor. Don't let the neighbors talk you into their Satan gynecologist. Also, don't eat their supernatural roofie candies. 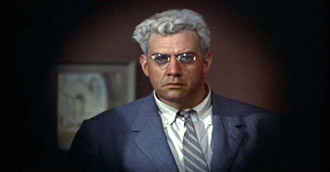 Well, who could make a neighbor creepier than Hitchcock? Without even seeing anything graphic, we all knew Thorwald killed his wife and hid the body, but the creepy kicker was that he didn't even feign distaste when a dead dog turned up. Note to creeps: If you like dead dogs, just pretend you don't. It'll help you pass.

Home Alone star Macaulay Culkin says he turned down a starring role on CBS's The Big Bang Theory
Hard truth: Most of your favorite '90s movies are about murdering kids