10 things you should know about Futurama's new season

After what is certainly one heck of a long hiatus in the history of hiatuses, Futurama is back, and Comedy Central has it this Thursday at 10 p.m. ET. With a whopping 26 new half-hour episodes, the adventures of the crew of the Planet Express will take us through rebirth, robosexual marriage and 100 episodes.

We chatted with executive producer and main Futurama dude David X. Cohen about what we have to look forward to in the sixth (or first) season (depending on how you look at it) ... and he offered up his take on the new season.

WATCH: Everything you didn't know about Futurama
What's next for Futurama? Oh, no! Bender's going to DIE! 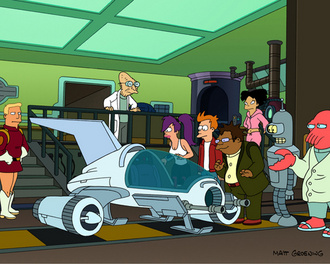 Yes, there are 26 new episodes, but no, you won't see them all this year. "We're doing 26, but Comedy Central is going to air them as two seasons of 12, plus two specials. At least, that's the current plan," said Cohen. "So this summer run will be 12. The first 12 are gonna air straight through every week from June 24th through the first week of September, every Thursday night at 10 p.m. And they're showing the first two consecutively on the 24th. So 12 will be this mini-season, I guess, at Comedy Central. And then we have a Christmas special, or a holiday special, I should say, in December. And then another season of, we think, 12 in 2011, and another special." 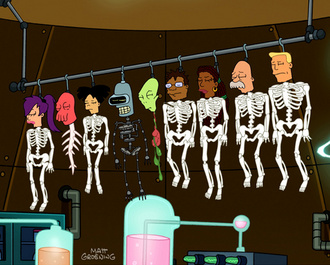 "We have not just evil Robot Santa, but we have future, sorry, frequent Futurama guest star Al Gore, back for his record-breaking fourth appearance, and also Coolio," said Cohen. "So we have the classic combo of Al Gore and Coolio appearing in our holiday episode. And we'll get to see a little bit about the future versions of Xmas once again, as well as Kwanzaa and Robotica, which is a holiday Bender makes up every year to get out of work. And it's a musical, so it's got everything." 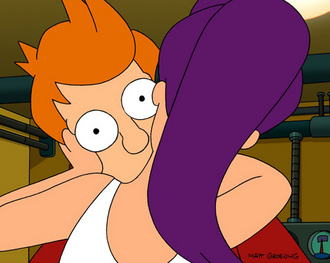 Fox canceled Futurama in 2003. Fans continued to be in denial until four DVDs were released in 2009. "For any fans who were watching the DVDs, they may recall we left our characters in a serious bind at the end of the last DVD movie, where Fry and Leela were kissing goodbye and flying into a wormhole, perhaps never to be seen again. And, of course, that reflected our knowledge about whether the show was coming back or not at that time. We did not know," said Cohen. "But here we are back, so we do have some continuity, rest assured, in the very first episode where we deal with them getting back to Earth, and also with the very bizarre sci-fi consequences of Fry and Leela's romance." 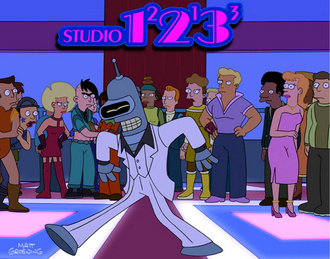 "Every single actor is back. I know some people are concerned because there was a, what's called a vigorous negotiation, about a year ago, when this was starting up, but Fox ironed that out and every single cast member is back. And also all the writers on the staff, our veteran writers, even going back to the original series on Fox. Everybody on the staff. And we got our same animators, Rough Draft Studios, and our same composer," he said. "It's a miracle. You know, I'd like to think that it speaks well of the show and the environment here, because I think most people who have worked on the show do feel pride in their work and just like being a part of it. So I think we had some good will across the board that people wanted to be involved with it still." 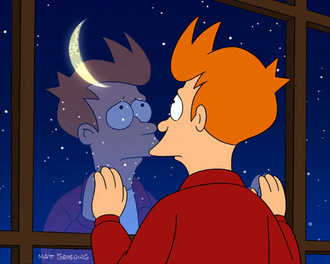 "I think we're a little bigger fish, probably, on Comedy Central, so they're super excited to have us, and they don't have football games that can bump us off. That's one of the other benefits," said Cohen. "It's going to be two years already with just the episodes we're in the midst of now ... It's amazing that not only are we back, but it's actually our biggest order that we've ever had." 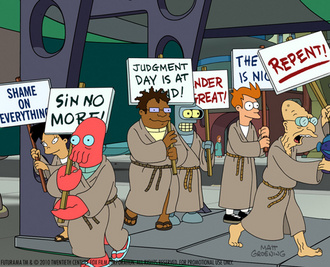 Futurama returns with two ENORMOUS half-hour episodes. "The first episode is entitled 'Rebirth,' which is obviously a metaphorical title about the show, but also the very surprising literal description of what you're going to see, because our characters endure some severe bodily harm at the beginning of the show, to put it mildly, and the Professor has to rebirth them in his stem-cell-powered birthing machine. You see the futuristic birthing process as the show comes back to life in the first episode. And as I said, we'll pick up Fry and Leela's relationship, which will have a heavy-duty sci-fi twist to it. I'm giving away too much.

"And the second episode that night is a Zapp Brannigan episode where Leela and Zapp Brannigan get stranded on a Garden-of-Eden-like planet. And, of course, Zach Brannigan is eager to repopulate the universe there ... The benefit of being Comedy Central is we don't play any battles about the censorship issue. So they have rather small fig leaves on them for the duration of that episode. Yeah, there is a little bit more cartoon nudity. Just a little bit more. We're not pushing it too far." 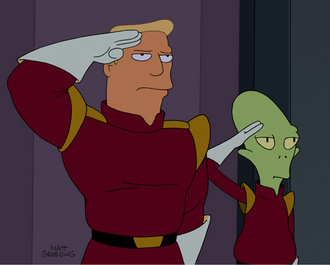 "The third episode coming up following that was inspired by some real-life events that have transpired since we were first canceled. So we got a little bit of material by just standing on the sidelines and reading the newspaper or just living. The third one is about the future incarnations of Twitter and iPhones and YouTube and those kinds of things. We'll get to see the iPhones of the distant future of that episode," said Cohen. 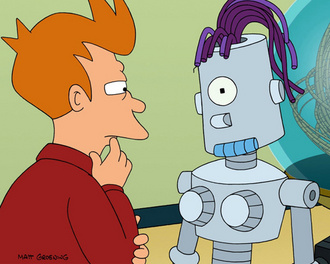 "And one more I'll mention after that is an episode where Bender campaigns to legalize robosexual marriage, which is the taboo marriage between a robot and a human. And so he tries to pass a ballot proposition called Opposition Infinity, perhaps inspired by the Proposition 8 battle here. Knock the 8 sideways ... We futurized it a little bit. So those are some of the earlier ones." 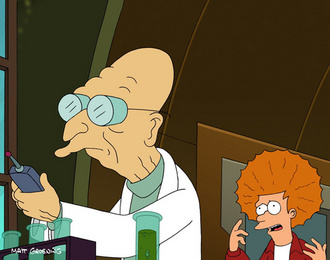 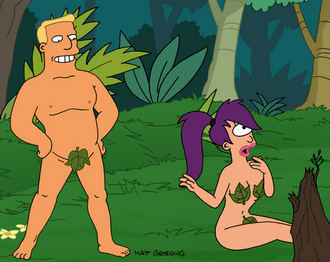 "It's a miracle again, isn't it? And, of course, I'm sure I've said this before, but the fans are the saviors of the show, because they saw us through the reruns and they saw us through the DVD movies, and Fox obviously took notice, and Comedy Central took notice and brought us back. ... I think we have done our best to reward them for that effort. I think they're really gonna get some good stuff this year, so we'll try to repay them for all they've done for us."