A new photo's been released from Neill Blomkamp's Elysium, the futuristic drama that's his followup to the Oscar-nominated District 9. The film reunites him with Sharlto Copley, who plays a much darker, sinister character.

The first image of Copley as Kruger has debuted online via Empire">Empire Magazine, and boy, does he look rough! Elysium takes place in the year 2159 and centers on two classes of people. There are the wealthy, who live on a man-made space station called Elysium. And there are the poor or working class, who remain on the polluted and overpopulated Earth.

Debate Club: The 5 most disappointing sci-fi movies of the last 20 years
New doc series delves into the art of NASA space colony depictions

Secretary Rhodes (Jodie Foster), a hard line government official will stop at nothing to enforce anti-immigration laws and preserve the luxurious lifestyle of the citizens of Elysium. That doesn't stop the people of Earth from trying to get in, by any means they can. When unlucky Max (Matt Damon) is backed into a corner, he agrees to take on a daunting mission that if successful will not only save his life, but could bring equality to these polarized worlds. 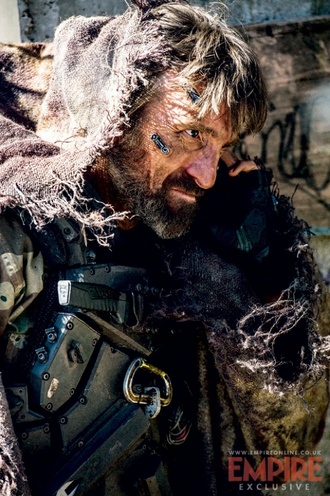 What do you think of Copley's new look?