2012: 15 doomsday prophecies and how they turned out

[We originally ran this back in August, but given the opening this Friday of 2012, we thought you'd like to see it again.]

Not many people working today, aside from Blofeld or maybe Lex Luthor, have hatched as many plots to destroy the world as director Roland Emmerich (certainly not on such a grand scale). In Independence Day, he used a worldwide alien assault to blast human civilization to rubble. In The Day After Tomorrow, he flooded the world and then flash-froze it like some kind of Clarence Birdseye with delusions of godhood.

Emmerich is prepping his new disaster movie 2012 for release on Friday. This time he's basing his world-smashing destruction on a bunch of theories floating around the blogosphere and the nutosphere that state that the world will end sometime during late 2012, around the time of the winter solstice in the Northern Hemisphere.

So, in light of Emmerich's new plot to destroy the world, and with tinfoil hats firmly in place, we thought it'd be worthwhile to look over 15 end-of-the-world prophecies from the past 1800 years or so and see how they turned out. (Emmerich's 2012 opens Nov. 13, ensuring at minimum three years of box office returns.) 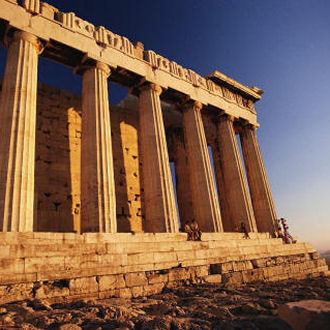 Details: Africanus, writing in the early 220s, uses the Bible as a template to puree Chaldean, Judaic and Egyptian history with Greek mythology and Christianity in his five-volume Chronographiai. After hammering out the entirety of history from the moment of creation to the year 221 (let's give the guy points for ambition), he works out that the second coming would happen at the very latest by 500 A.D. 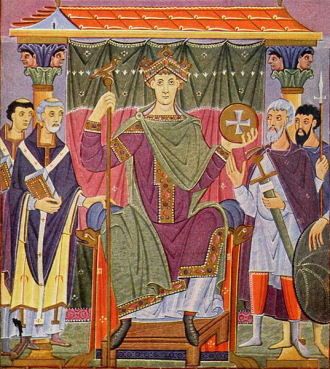 Prophet: Trend started by Thiota of Mainz and picked up by Holy Roman Emperor Otto III and others

Details: Apocalypses love nice, round numbers, and what could be rounder than Y1K? With a good priming of the cultural pump from the so-called "pseudo-prophetess" Thiota in 847, Medieval Europe was psyched for the second coming and the start of the Millennium, the 1,000-year reign of Jesus and the righteous mentioned in the Book of Revelation. That Thiota later admitted she was in the apocalypse biz strictly for the cash should have clued people in on how seriously they should take end-of-the-world rants. The looming advent of the year 1000 led to all kinds of fun things, like Holy Roman Emperor Otto III believing himself destined to counter the coming Antichrist; visionary cults; self-flagellation cults; the disinterring of the body of Charlemagne so that he can get up and fight the Antichrist like some kind of Romero super-zombie and other things people would reasonably assume that John Cleese, Graham Chapman and company only made up for Monty Python and the Holy Grail. 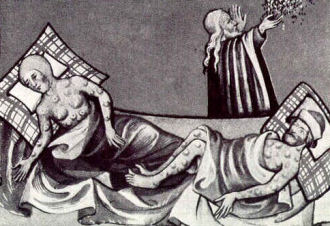 Type of Prophecy: The Black Death

Details: Well, with most of the world dying while covered in enormous, frostbite-colored sacs of pus from India to Iceland, thinking the world was about to end might not have seemed that unreasonable a supposition. Great fun abounds in the new iconography of the era, with skeletons (scary ones, not the Tim Burton-y, singing kind) carrying off the living. French doctor de Covino of Liège says that it seems as if one infected person "can infect the whole world." Florentine chronicler Villani thinks the plague was "divine action" the purpose of which might be to wipe out humanity, like the biblical flood.

How It Turned Out: Europe devastated, but world still here. 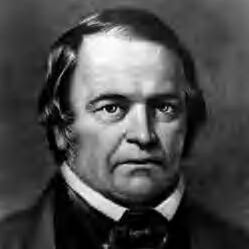 Details: The Great Disappointment. Miller, founder of the (you guessed it) Millerite movement, works his way through the Book of Daniel and figures out with AIG mortgage-calculator certainty that the world will end in 1843. When that doesn't happen, some of his followers firmly set the date as Oct. 22, 1844. This really was a Disappointment, as many of Miller's followers sold everything they owned in anticipation of the second coming. Today, of course, having misled lots of people and causing them to lose their homes and driving them into bankruptcy, Miller would get a $50 million bonus. 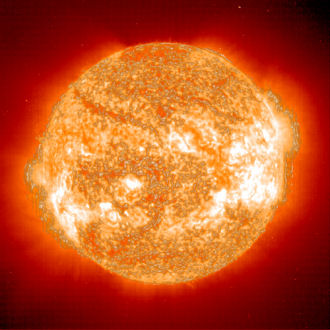 Details: Porta, a meteorologist at the University of Michigan, predicts that during the third week of December 1919, an unprecedentedly humongous sunspot would occur, due to the "electro-magnetic pull" on the sun exerted by the alignment of Mercury, Venus, Mars, Jupiter, Saturn and Neptune. He loses his job ... which may be the reason terrestrial meteorologists don't work in astronomy much these days. 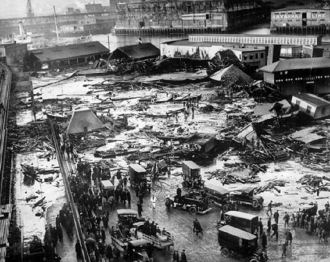 Details: Adams, one of the great thinkers of American history, author of books like Democracy and the Pulitzer Prize-winning The Education of Henry Adams, works out when the end of the world will come in his 1910 treatise, Letter to American Teachers of History. Cranking out analysis of cultural trends that would do Hari Seldon proud, he uses a model based on the dissipation of energy to figure out the four stages of human civilization—the religious, the mechanical, the electrical and the ethereal—and nails with certainty that the end will come in 1921. No calculations are made on the dissipation of energy expended by the disseminating of crackpot theories, which may have thrown off Adams' results. 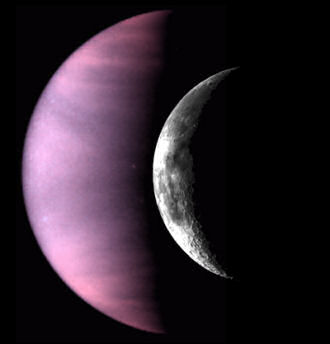 Details: In their best-selling 1974 book The Jupiter Effect, respected astronomer Gribbin and his co-author Plagemann predict that the March 10, 1982, alignment of seven planets would lead to global upheavals that would be the envy of Irwin Allen, with the San Andreas fault flattening California, massive storms, a change in the speed of Earth's rotation, etc. Gribbin eventually recants, maybe after thinking about what happened to Porta. The high tide on the predicted doomsday does turn out to be a less-than-tsunami-like .04 millimeters higher than normal. San Diego astronomer Dennis Rawlins tells The New York Times that day that any undue gravitational pull individuals feel can be alleviated by "sitting down."

How It Turned Out: World still here, but .04 millimeters wetter. 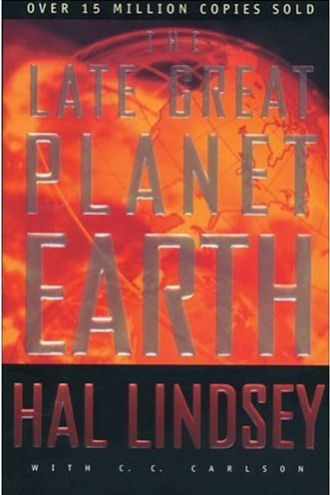 Details: Lindsey's 1968 book, The Late, Great Planet Earth, predicts the end of the world in 1988, one biblical generation (40 years) after the foundation of the state of Israel. When 1948 doesn't suit him any more as a date by which to gauge the start of a 40-year generation, Lindsey decides that 1967 is more accurate. So, that would place 2007 as the end of the world. What's today's date? 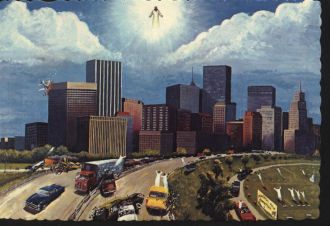 Details: In 88 Reasons Why the Rapture Will Be in 1988, Whisenant, a NASA engineer, does some serious crunching of numerical clues in the Bible and locks down the date of the Rapture, solidly, as coming between Sept. 11 and 13, 1988. His book sells millions of copies. Overeager Edgar even says, "Only if the Bible is in error am I wrong, and I say that to every preacher in town." Undaunted, and determined to make apocalyptic lemonade out of his gaffe, Whisenant uses failure of the Rapture coming as an opportunity to sell more books as he pushes the date back to 1989. Then to 1990. And then 1993 ... 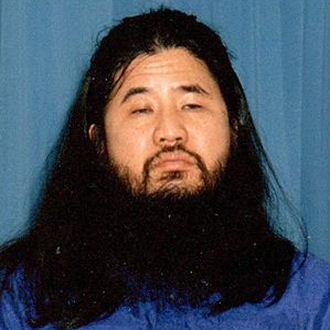 Details: In 1987, Chizuo Matsumoto renames himself Shoko Asahara and mashes together various aspects of Buddhism, chunks of Nostradamus' predictions, apocalyptic Christianity, science fiction, Hinduism, anime and yoga into Aum Shinrikyo ("Supreme Truth"), an Armageddon-focused cult based in Japan, with tens of thousands of members worldwide. After proclaiming himself a new Christ, traveling to the year 2006 and talking to the survivors of World War III (so he claims), Asahara preps his followers for a Final War against the enemies of Japan. After a few botched attempts at initiating germ warfare, Aum Shinrikyo spreads deadly nerve gas through the Tokyo subway system, killing 12 and injuring thousands in March 1995. After an eight-year trial, Asahara is convicted and sentenced to death.

How It Turned Out: World—and Asahara—still here, awaiting execution. 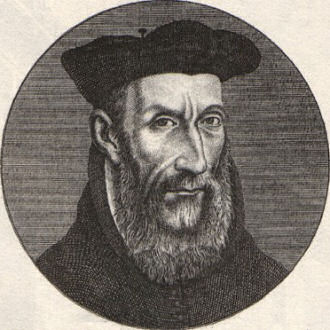 Details: Nostradamus, writing in 1555, predicts the end of the world for the year 1999. Maybe. Or he predicts a meteor strike that will kill millions and throw the world into political chaos. Maybe. Or it could be an asteroid. Maybe. Or it could be a UFO with attendant alien invasion. Maybe. Or it could be, as some believe, that he predicts the plane crash that kills John F. Kennedy Jr. Maybe. It all depends on how you choose to read his murky and cryptic predictions. Personally, I choose to believe that he refers to the success of Michael Bay's Armageddon, which was released on July 1, 1998, and was just one year off in his forecast. What else could "seven months into the year" and "From the sky will come the great King of Terror" possibly refer to? 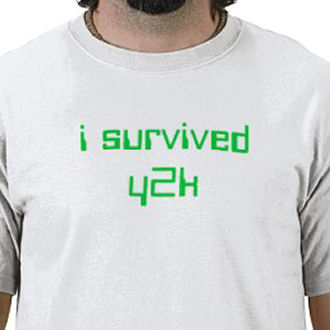 Prophet: Robert Bremer and others

Details: Computer scientist Bremer and others see potential catastrophe coming on Jan. 1, 2000, due to computers the world over using two-digit representations of years in dates rather than four digits. With the coming of the new century, the computers would go all HAL-from-2001 on our asses, unable to function without a clear time reference once the date prefix "19" no longer applied. This would lead to failures of banking systems, municipal computing systems, air traffic control ... things that humans ordinarily do a fine job of mucking up on our own. Up to $200 billion may have been spent worldwide (maybe $100 billion in the U.S. alone) to make computers compliant with the new post-2000 date change. Relatively minor glitches occur worldwide on Jan. 1, but there's no way of telling what may have failed if precautions hadn't been taken. 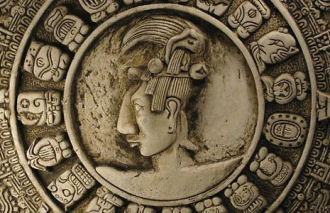 Details: Of the several calendars used by the Mayans, one called the Long Count predicts that the current cycle of history will end on Dec. 21, 2012. Whether that "cycle" is partly defined in cultural terms by Emmerich's ability to get funding for disaster movies remains to be seen after the grosses of 2012 come in.

How It Turned Out: ? 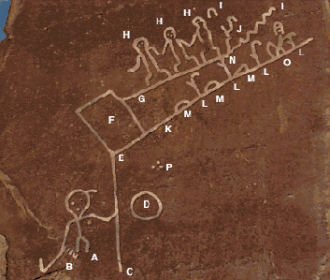 Details: The Native American Hopi of Arizona believe in a cyclic course of history, with worlds falling into entropy over time, to be replaced by fresh new ones. Some people believe that the current world, the Fourth World of Hopi cosmology, might be coming to an end, ... with 2012 doomsday fans saying it will definitely end on Dec. 21, 2012. The Hopi also have a story about how one can lose time while watching lizards, ... which might be a reference to all the time people lost watching Emmerich's crappy Godzilla remake.

How It Turned Out: ?? (Though Godzilla still sucks really bad.) 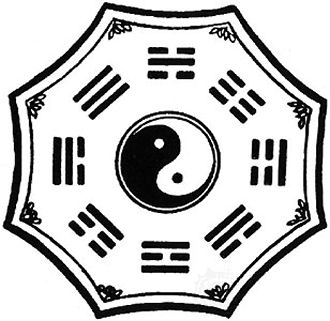 Type of Prophecy: 2012/I Ching variant

Details: Metaphysician and ethnobotanist McKenna cooks up a mathematical model of "novelty" as a central quality of the flow of time. Applying this model to the I Ching (why not Lord of the Rings or The Da Vinci Code?), he predicts the end of the world coming on Dec. 21, 2012. Well, at first it's November 2012. Then he moves doomsday up to Dec. 21, once he sees that other doomsayers are talking about Dec. 21. This pushing back of the date of an apocalyptic event clearly has a synchronic, Jungian relation to the pushing back of the release of 2012 from this past July to this November. It's all connected.