20 reasons why we love those cheesy Leprechaun flicks

In honor of St. Patrick's Day, we thought it fit to examine a "blarney stone in the rough." Namely the underappreciated masterpiece Leprechaun. Sure, it's gotten some knocks over the past 17 years, being called "derivative," "formulaic" and "as good as Twilight."

But face it, Leprechaun has been doing something right—they've made six films and spawned a character scarier than sharing a bed with Grandma after corned beef and cabbage.

45 thoughts I had while watching Leprechaun
Leprechaun Returns in 2019 to SYFY. Watch teaser.

As a work of art, Leprechaun is much more than simply a horror story based upon a cereal-box mascot. With cheesy creativity, this green monster has captured our hearts. Here are 20 reasons why we can't get enough of the series, and why we're dying for the third installment of Leprechaun in the Hood.

The man who starred in all six Leprechaun films was also Wicket T. Warrick, Filius Flitwick and Willow. We owe this man a lot—just imagine Harry Potter with the nauseating Verne Troyer.

2. We love rooting for the little guy

The following clip reminds us of the time we swallowed a roll of nickels in an attempt to poop quarters.

As the film series progresses, the Leprechaun's gold evolves the ability to grant wishes. This is redundant. It already grants wishes—it's money.

But only if it teaches you a valuable lesson about self-worth and leprechauns. 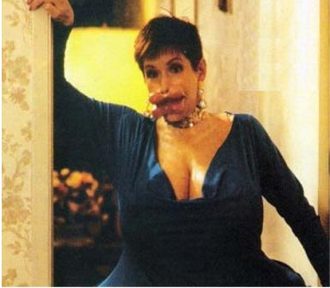 6. And we love augmentation for the guys, too

Although, frankly, everything looks bigger on a leprechaun. 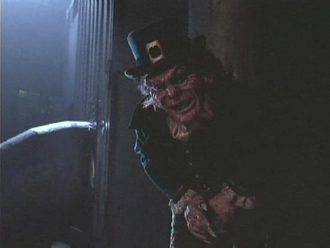 Also note the death-by-bong at the end. We hate when someone puts his guts all over the mouthpiece.

Leprechaun Smoking A Bong - The best home videos are here

If a woman sneezes three times, she falls for the Leprechaun (no, we're not kidding). Lep capitalizes on this by constantly mowing his lawn to release pollen.

Between the first and second films (which take place during the same time period), the Leprechaun ages 1,400 years. Hey, just like the stars of the X-Files movies!

10. We love space-traveling abilities that put the human race to shame

Did you know that the Leprechaun can travel to distant planets? Aliens are so screwed.

11. We love movies that are not afraid to tackle hard issues: racist white people

Here the film advocates replacing the N word with "ninja." Because of, you know, all the persecution ninjas have suffered. 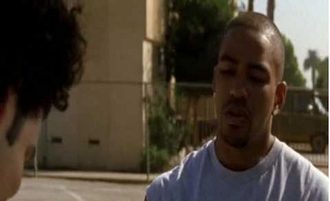 Here the Leprechaun removes a man's heart, also known as the most "show-offy" way to kill somebody.

If the Leprechaun can just turn things into gold, why is he always after his gold? We're starting to wonder if the Leprechaun's continuity team was truly up to the task.

The third installment showed us a looser Leprechaun who could kick back in a Vegas casino. Still eviscerating people for gold, but a more relaxed Leprechaun, nonetheless. 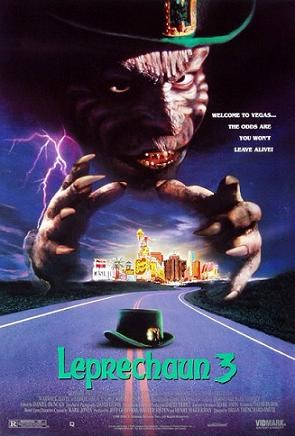 Watch him party with Elvis here.

15. We love watching people jump on the rap craze a decade too late

Look, humankind can only sustain one Irish rapper, so if you're not going to tell us to "jump around," kindly get back to killing people. 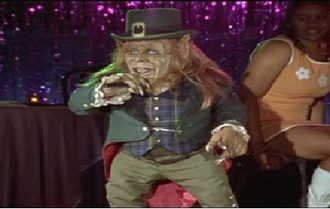 After the Leprechaun slaughtered rap, it was only fair to turn the tables. 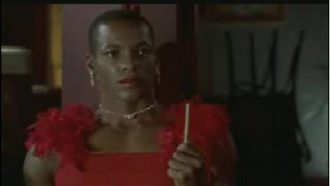 See it all go down here.

17. We love loads and loads of fan-made videos

Sixteen years after its last appearance in theaters, Leprechaun still gets an invite to the horror all-star game.

18. We love watching the masters of their craft on stage 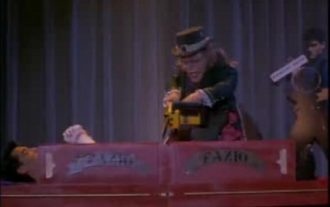 Both Leprechaun 2 and Leprechaun: Back 2 Tha Hood wrapped up loose ends and explained mythos that had perplexed fans of straight-to-DVD films.

Also known as the King of Queens postulate.

For the latest sci-fi news, follow us on Twitter at @scifiwire
Tag: Leprechaun
Close Search Return to SYFY homepage.