24 characters who should cross franchises to become couples

Sometimes sexual tension between science fiction or fantasy characters doesn't make a lot of sense. (Seriously: He's a bat and she's a cat. Who thought that would work?) We're not questioning the superb writing that has gone into making these timeless sci fi staples, we're just saying we might be able to do a better job as matchmaker.

For Valentine's Day, we thought we'd hook up sci-fi characters from different fictional universes who seem to have possible long-term relationship material, which helps us entirely avoid the question of whether Jacob and Edward would make a good couple (remember them? Sure ya do).

Here's a dozen duos we think would have a dynamic first date.

1968 was the year that Jane Fonda ushered an entire nation of boys into puberty by playing the eponymous spacesuit-shedding vixen. The inability of man or machine to satiate her was hammered home in the scene during which she's placed into a scary-looking machine that thrills Barbarella until it breaks. 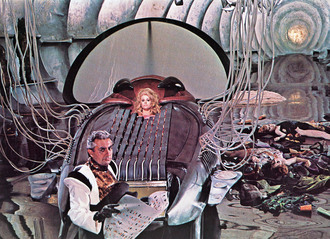 It's like the iron maiden in Tommy, but replace the LSD-filled syringes with ... well, you know.

It's no wonder Barbarella's romantic interludes are mainly a series of one-night stands. With that in mind, we would set her up with Zaphod Beeblebrox. The two-headed wonder from Hitchhiker's Guide to the Galaxy was voted "Best Bang in the Universe" by respected space whore Eccentrica Gallumbits. We think there might even be a chance at love between these two. But probably not children, because their obviously rampant space STDs warrant mandatory contraception. 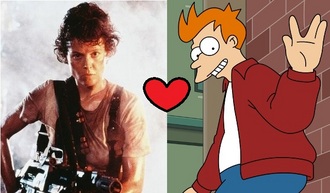 If the nerdy Futurama star Philip J. Fry thinks Leela is sexy, he should feast his eyes on the original swashbuckling space hottie from Alien. Plus, 1,000 years of mutation have left Fry and Leela unable to see eye-to-eyes on lots of issues. Ripley and Fry have way more to talk about. For starters, they were both frozen for a long time, then unfrozen and blamed for a bunch of stuff by their superiors.

Or they could discuss how their genes desperately need to intermingle to keep the redheaded lineage alive.

The Bionic Woman and RoboCop 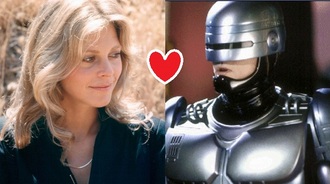 The Bionic Woman probably has had very few romantic partners. After all, who can identify with a reanimated, semi-robotic superwoman? Intimacy is probably difficult to achieve, and her cyborg strength probably gives her pelvis-crushing power. While lots of men would probably pay to be sexed to death, this isn't what they'd have in mind.

The Bionic Woman needs a man's robot: someone who likes to listen and analyze but doesn't talk much. We're sure RoboCop's parts will be compatible. Or if not, they can use an adapter. 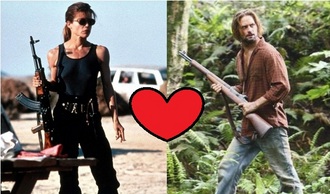 Sarah Connor's got a difficult time as a single mom. She could use a man who's not afraid to move fast and can pick up and leave quickly if weird Terminator monsters/pillars of smoke attack. Lost's Sawyer is not afraid to interrupt his island vacation and hop a jumbo jet flying who-knows-where. Plus, they've got tons of stories to swap about time travel. When their children ask why those stories don't quite add up, Sawyer and Sarah will roll their eyes, exchange a knowing look, and laugh.

Susan Ivanova and Doctor Who 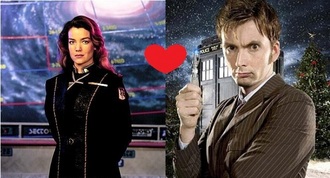 The Babylon 5 regular is cursed in that all of her romantic relationships end tragically. We'd like to try to reverse that streak and the one of the perpetually lovelorn Doctor Who. They can talk about the future (but not like most couples talk about the future; we mean in the past tense). They'll certainly share a laugh trying to outdo each other with stories of "oddest-looking alien." 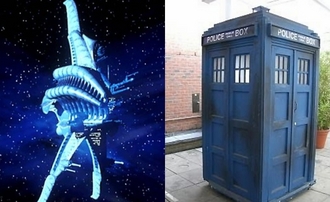 Or they could just talk about how bizarre their spaceships are.

Is anyone right for the always-crabby robot from Hitchhiker's Guide to the Galaxy? They'd have to have the patience of a machine. Fortunately, Marvin is also a machine, so they could do the robot equivalent of going out for coffee (probably JiffyLube). Dot Matrix, the female C-3P0 parody from Spaceballs, could use a mate who is big on maintenance. Not to say she's a "fixer-upper," let's just call her "Marvin material." 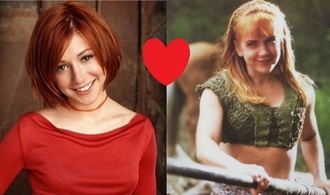 Xena star Lucy Lawless says the show's finale convinced her that Xena and Gabrielle were gay. While we're by no means well-versed in the nuances of gay detection, we're going to go ahead and say it was this scene in particular:

But where's the balance of power in that relationship? We think Gabrielle might be better suited with Willow Rosenberg from Buffy. Both can talk about how difficult it is to be a second banana to a myth-slaying alpha female. Not too mention that all of the demonic monsters they've seen must make for at least an evening of good conversation. Or they could just chat about ways to have excellently maintained red hair, even during battle. 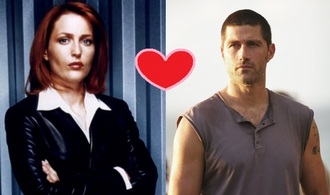 While the sexual tension between Scully and Mulder was palpable, they were never meant for a long-term relationship. "You didn't do the dishes, Mulder" ... "Well, wait a minute, Scully. Are we sure these dirty dishes don't have a more paranormal explanation?"

We think this no-nonsense X-Files gal deserves someone more on her level. Since she's an M.D., let's send her out with Lost's Dr. Jack Shephard. They could sit around and discuss how everything has a rational explanation. Then they could talk about all of the bizarre, ill-planned secrets they have to withhold from the American Public. Plus, maybe Shephard would get her into binge drinking, which we'd love to see.

Seems like the science-obsessed Brown never found the time for a good woman. Except, of course, when he went back to 1885. But how's that going to work out in the long-term? He can't talk about science without making his wife fear black magic. She probably married him mainly for his cool car and the fact that he was the only person she'd ever met that didn't smell. We think the eccentric Doc from Back to the Future would be better off with Roberta Sparrow from Donnie Darko. Both are senior citizens who enjoy theoretical physics and a good hermitage. 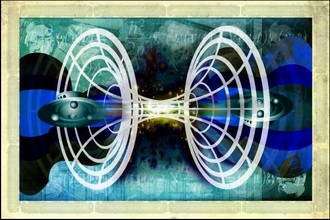 Then, after a few drinks, they could push funny things into wormholes.

Frodo Baggins and the Invisible Woman

The problem with invisible people is that they're never around when you need them. Oh, sure, they say they're off fighting Dr. Doom, or destroying some ring, but you can never be sure they're not just sleeping in a closet somewhere. By pairing up The Lord of the Rings' hobbit hero with the Fantastic Four's semi-visible vixen, we can balance out the inevitable trust issues that arise from these sorts of relationships. Plus, if the date doesn't go well, either of them could just turn invisible and sneak out.

Reptilian humanoid Star Trek space commander Guruk Dolim is the kind of lizard man we see dating a strong woman. The sultry Commander Diane from V might provide the combination of brains and green skin he needs. They could stretch out on a sunny rock until their blood was hot for each other. 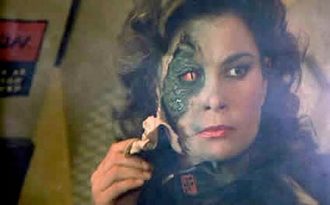 Then passionately tear off each other's skin.

So this Valentine's Day, remember that there's always someone special for everyone. Even if you're stranded on some tiny asteroid, light-years away from anyone. (Hey, it worked for that guy in The Twilight Zone.)