2nd surprising Battleship trailer turns out to be filled with awesome 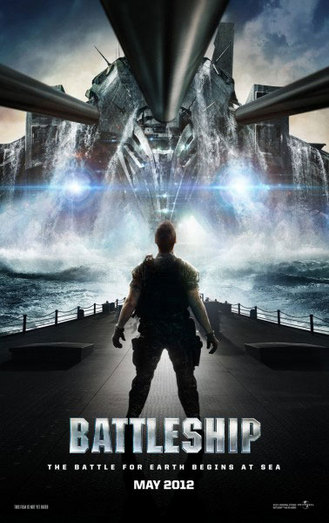 Battleship director says he's finally figured out why it was a massive flop
Astronomer: 6 reasons why aliens would NEVER invade Earth

A hurricane of speculation has surrounded this project since its inception, and for good reason. How could a simple hide-and-seek geometry game you play on boring camping vacations while swatting away meat bees have any chance at a narrative adaptation to film?

The result may be a stitched-together fusion of equal parts Armageddon, Independence Day, Transformers and Battle: Los Angeles, but Berg and his team seem to have a confident ace up their sleeves with what may end up being a decent popcorn pageant of destruction.

Have our expectations in the genre really sunk so low? (Don't answer that). Have a look ...

Yes, an alien armada force field, star-crossed lovers, toppling skyscrapers and razor-tailed attack drones destroying military bases all seem painfully familiar and do bring to mind the more unmemorable moments of recent sci-fi fiascos, but let's be optimistic. The broad, candy-colored canvas and deja-vu feel could give Universal's $200 million tentpole a steady foothold with its spring opening. (Or it could sink to an early, watery grave.) Anchors aweigh, and save us a lifeboat seat just in case.

Does the trailer make you seasick or set to sail its cinematic seas?