A horror short story is a tight bullet of creepiness you can read in half an hour and then stay up all night thinking about. So it's no coincidence that many of the greatest horror writers of all time are as famous for their short fiction as for their longer work.

When it comes to scary stories, the short form just works. Because few genres are better suited to the structure and pace of the short story than horror—and as the 8th in our series of 31 posts for the 31 days of Halloween—here are 33 examples of why, all free and all just a click away.

"A Study in Emerald" by Neil Gaiman

Gaiman is a superstar fantasy author, and this is one of his best known stories. A creepy blending of the worlds of Sherlock Holmes and H. P. Lovecraft's Cthulhu mythos, it won the 2004 Hugo Award for best short story and the 2005 Locus Award for best novelette.

Robert E. Howard is best known to history as the man who created Conan the Barbarian in Weird Tales magazine in the 1930s, but he was also a prolific writer of ghost stories. "Pigeons from Hell," one of his most effective, uses a creepy plantation house as a backdrop for a haunting in the Deep South.

"Where Are You Going, Where Have You Been?" by Joyce Carol Oates

Joyce Carol Oates is one of literary fiction's great heavyweights, but she also has a very potent dark side. This is the most famous of her dark stories, the tale of a teenage girl's encounter with a threatening but charismatic stranger.

"The Damned Thing" by Ambrose Bierce

Bierce has become notorious both for his toughness as a literary critic for his unexplained disappearance while traveling in Mexico in 1913. But he was also a prolific writer, and this story of something invisible lurking during a hunting trip is one of his creepiest. 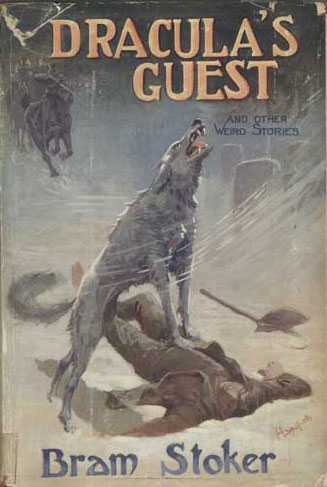 Bram Stoker wrote many horror stories in his lifetime, but it's his creation of Dracula that made him a legend. This story is essentially a deleted scene from the novel, which features an Englishman encountering strange things in a graveyard while traveling by night in Germany.

"The Vampyre" by John Polidori

In the summer of 1816, John Polidori was a physician spending a holiday with one of his friends, the great poet Lord Byron, at a villa in Switzerland. As incessant rain kept them indoors, Polidori, Byron and their friends Percy and Mary Shelley decided to share fantastic tales with each other. This is the legendary meeting of minds that would eventually produce Mary Shelley's Frankenstein. For his part, Polidori wrote "The Vampyre," now considered to be the first vampire tale ever written in English.

"In the Court of the Dragon" by Robert W. Chambers

Chambers is best remembered for his short story collection The King in Yellow, which would eventually be given a connection to the Cthulhu mythos by H. P. Lovecraft himself. "In the Court of the Dragon" is part of that collection, and though it's one of the more ambiguous stories in the book, it's nonetheless creepy.

Before Dracula, there was "Carmilla," J. Sheridan Le Fanu's vampire tale which features a female vampire, one of the first occult doctors in literature and lots of English weird tale creepiness.

"The Willows" by Algernon Blackwood

Algernon Blackwood was one of the most important writers of weird fiction in the early 20th Century. "The Willows" was so important that it earned H. P. Lovecraft's praise as the best supernatural tale in English literature, for both its creepy haunted forest vibe and its prose.

"The Bowmen" by Arthur Machen

Machen is another of those pivotal writers of the early 20th century that helped build modern horror fiction. He's most famous for his novella The Great God Pan (which Stephen King called the best horror story in the English language), but this ghost story about resurrected English archers is a strange but effective combination of creepy tale and World War I propaganda. 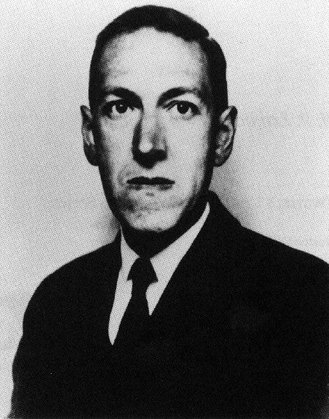 "The Call of Cthulhu" by H. P. Lovecraft

There are dozens of Lovecraft stories floating around the Internet, but this is by far the most famous thing he ever wrote. A monster story with ties to a deeper cosmology that other writers are still growing, it's the ultimate Lovecraftian horror experience.

"The Masque of the Red Death" by Edgar Allan Poe

Just like Lovecraft, Poe's work is available for free in every corner of the 'net, but there's something particularly evocative about "The Masque of the Red Death." For one thing, the title is among his most evocative, and for another, the idea of a mysterious figure wandering through a room and killing everyone with the mere power of its presence is something that gets under your skin.

Like Lovecraft, James was a horror writer that helped define the genre for a new century, but while Lovecraft dealt in monsters, James' specialty was ghosts. "Count Magnus" is a creepy selection from his very first ghost story anthology, and still considered among his best.

What list of creepy stories would be complete without an entry from the King of Horror? "Umney's Last Case," the story of a fictional detective who meets his creator, is an example of both a creepy premise and a story about the nature of stories (a King specialty).

Hawthorne loved to write about sin, morality and the psychological torment that stems from them. "The Minister's Black Veil" explores all of these through a creepy narrative about (what else?) a minister who refuses to remove a black veil from his face.

"The Legend of Sleepy Hollow" by Washington Irving

It's the original American horror story, the tale of a Connecticut schoolmaster just trying to win the heart of a girl, only to find himself pursued by the specter of a Headless Horseman. Put the Tim Burton movie (and the Disney cartoon) aside for an evening and settle in with the classic. 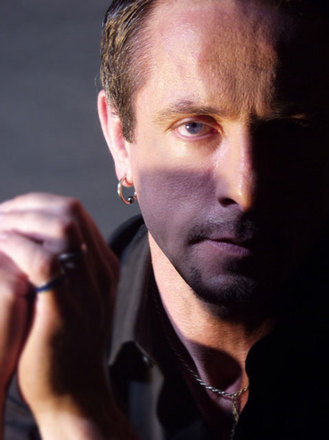 Clive Barker's big break as a writer was through his short fiction, and though "Lost Souls" was not included in his now infamous Books of Blood collections, it's no less effective. It's a lesser known appearance of Barker's paranormal private eye, Harry D'Amour, as he battles demons with little more than his wits and a few carefully placed tattoos.

Joe Hill is Stephen King's son, so his horror credentials were never in doubt, but he's also a talented and original horror writer in his own right. This tale, from his collection 20th Century Ghosts, features famed vampire hunter Abraham Van Helsing instructing his sons in the ways of slaying the undead.

"The Signal Man" by Charles Dickens

Dickens didn't just write ghost stories about Christmas. "The Signal Man" features a railroad worker telling the story of a ghost that seems to appear to him as a premonition of some horrible railway tragedy (something that might sound familiar to urban legend aficionados).

Jacobs was a prolific short story writer, but his most famous work by far is this one, the story of a family who is given a monkey's paw said to grant them three wishes. They soon find that, while their wishes are granted, they come at a price.

"The Open Window" by Saki

Saki is a short story master, and "The Open Window" is an iconic work even among his impressive canon. It's not complex in its setup, but it's highly effective in its delivery. 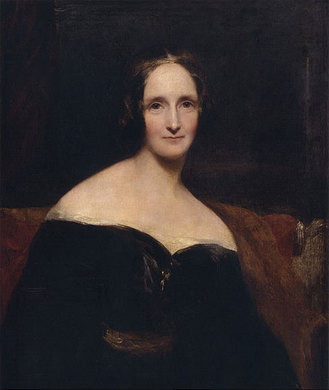 "The Mortal Immortal" by Mary Shelley

Mary Shelley kept on writing after Frankenstein, and among the creepy things she produced was this story. Like Frankenstein, it's the story of a man who wants to play God, only to find that his sanity is the price.

"The Beast of Averoigne" by Clark Ashton Smith

Smith was one of the more prolific writers of weird fiction in the first half of the 20th century, and even contributed a number of stories to the Cthulhu mythos. This tale is a monster classic set in one of his favorite locations, the French province of Averoigne.

"The Southwest Chamber" by Mary Wilkins

Mary Wilkins wrote many things besides horror, but she did produce a number of quality horror stories like this one, which were collected after her death in an anthology by the legendary weird fiction publisher Arkham House.

"The Striding Place" by Gertrude Atherton

Atherton was a protégé of Ambrose Bierce, and authored a number of fine stories. This is one of her best, and contains one of the creepiest endings of any horror tale you'll ever read.

The creator of Sherlock Holmes was interested in far more than detective stories. He also had a taste for the supernatural, as this tale of a man who resurrects a mummy proves.

"The Altar of the Dead" by Henry James

Henry James was one of the most effective ghost story writers of the 1800s. This tale isn't his most famous (that title belongs to The Turn of the Screw), but it is an effectively ambiguous and haunting story.

Stevenson was great at taking the medical science of his age and turning it creepy. This story is about exactly what the title suggests: doctors who snatch corpses. 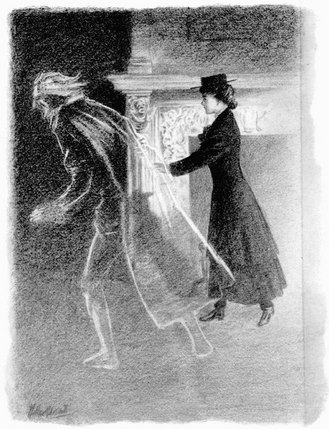 "The Canterville Ghost" by Oscar Wilde

There are lots of ghost stories that take place in classic English country houses, but few are told with the famous Oscar Wilde panache. In this story, even the ghost has style.

"The Curse of the Fires and of the Shadows" by W. B. Yeats

Yeats is best remembered for his poetry, but he did ghost stories equally well. He used an old Irish legend for the basis of this tale.

"A Fragment of a Novel" by Lord Byron

Remember that famous gathering of writers that produced Frankenstein and "The Vampyre"? Well, this was Byron's contribution. He never finished it (hence the title), but it served as the basis for Polidori's vampire story and remains a creepy read in its own right.

"The Overcoat" by Nikolai Gogol

Gogol is one of the most important writers in the history of Russian literature, and this may be his most important story. It's a simple (on the surface) ghost tale, but it was so influential that Russian novelist Fyodor Dostoyevsky once proclaimed that all later Russian writers sprang from it. 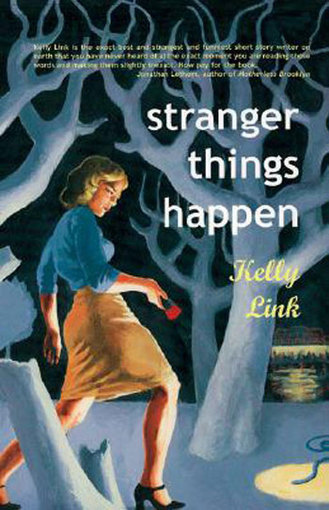 "The Specialist's Hat" by Kelly Link

Kelly Link has been praised broadly by modern fantasy writers for her diverse, twisted and often unclassifiable tales. "The Specialist's Hat" won the 1999 World Fantasy Award for Best Short Fiction.

âA Study in Emeraldâ by Neil Gaiman: Gaiman is a superstar fantasy author, and this is one of...
hide thumbnails show thumbnails